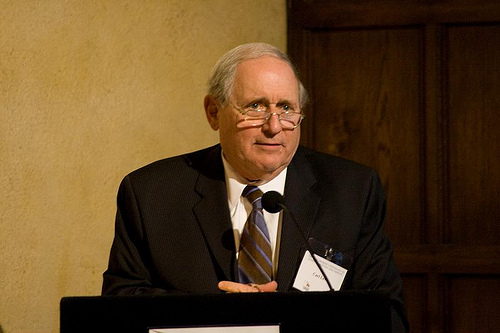 Leaks have started to flow from what has been, until now, a tightly sealed negotiation between senators and interest groups over climate and energy legislation. Sens. John Kerry (D-Mass.), Lindsey Graham (R-SC) and Joe Lieberman (I-Conn.) shared details with industry groups yesterday; they’re meeting with environmental groups today to talk about what they’ve pulled together so far.

Under discussion is just an 8-page outline of a bill. According to sources close to the negotiations “things are still in flux” when it comes to many of the specifics. Details that were leaked yesterday weren’t promising on the climate front—though the effort does seem to have the tentative support of a lot of the big industry players that agitated against the House bill. The end result could be a relatively weak piece of legislation, but one that has the political support needed to actually go somewhere. The senators say they may release a draft as early as next week.

Keep in mind that if the three senators produce a weak draft, they’ll be under pressure to weaken it even more—from both Democrats and Republicans. Take Carl Levin (D-Mich.), who recently outlined his demands for a bill in a letter to Kerry (via Wonk Room). His requests include taking away the Environmental Protection Agency’s ability to regulate greenhouse gases under the Clean Air Act, eliminating the rights of states to set climate targets that are more ambitious than federal ones, delaying regulations on industrial sources of greenhouse gases for “at least 10 years,” and putting a firm limit on the price of carbon permits.

The question of EPA regulation was a major sticking point in the House debate. Coal-state members successfully sought to take away the agency’s authority to regulate emissions., but this authority was restored in the bill that Kerry and Barbara Boxer (D-Calif.) introduced last year. However, the EPA’s regulatory power doesn’t look like it’ll survive this new process. Preventing states from setting higher standards is similarly problematic—it’s the ambitious work of states like Massachusetts and California that prompted federal action in the first place. The fear is that the pending bill could not only introduce a weak federal standard (which would be disappointing but not unexpected)—but also take away the best tools for improving upon it.

And that’s just Levin’s wish list. There are whole lot more of those things flying around the Hill right now as Kerry, Graham and Lieberman hash out details.