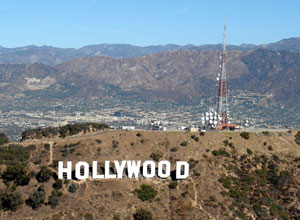 It was a Hollywood happy ending—for Hollywood, that is.

For weeks, big movie studios have been fighting an effort by two financial firms to launch a new market in movie futures that would allow investors to bet on box office takings. The financial firms think this is an Oscar-worthy scheme. The movie studios panned it. Wall Street is used to getting its way in Washington. But this time, the James Camerons of the world appear to have outsmarted the Gordon Gekkos.

This Capitol Hill clash began with the Hollywood Stock Exchange (HSX), a fake-money internet game in which players try to predict the box office takes of Hollywood’s biggest flicks. In 2001, Cantor Fitzgerald, a Wall Street investment firm, bought the five-year-old HSX with the intention of perhaps starting a real-money market along the same lines.

But then came the terrorist attacks of September 11, 2001. Cantor was headquartered on the top floors of One World Trade Center, right above the impact zone. It lost 658 employees—two-thirds of its staff—in the tragedy. It wasn’t until 2008 that Cantor applied to the Commodity Futures Trading Commission (CFTC), which regulates futures trading, for approval for a real-money HSX.

At first, everything went according to plan. At the beginning of this year, anticipating that the CFTC would soon give the thumbs-up, Cantor began a publicity push to draw attention and potential investors to its new market. That’s when Hollywood got mad.

The studios freaked. They were worried that movie futures could be vulnerable to manipulation and insider trading, and that if investors lost confidence in a film it would bomb at the box office.  The head of the Motion Picture Association of America (MPAA), Bob Pisano—essentially Hollywood’s top lobbyist—wrote (PDF) to the CFTC, warning regulators that film futures would be the “economic equivalent of legalized gambling on movie receipts.”

Despite these objections, the CFTC gave the green light. Both Cantor’s proposed exchange and another submitted by Media Derivatives Inc (MDEX), were approved in mid-April.

The MPAA is a formidable foe, however. Over the past five years, the trade group has spent around $2 million a year lobbying Congress. Its political action committee has handed out tens of thousands of dollars in campaign contributions to key members. It has what DC insiders call “suction.”

Cantor Fitzgerald may be a big deal on Wall Street. But it doesn’t have nearly as much pull on the Hill. It hasn’t lobbied the Senate directly since 2002, according to disclosure databases. And while its employees give generously to congressional candidates, it doesn’t have a PAC exclusively promoting its interests. MDEX—an Arizona-based firm started in 2007—is even less of a Washington player.

Hollywood’s lobbying paid off. On April 16, as MDEX executives were no doubt celebrating their good fortune, Sen. Blanche Lincoln (D-Ark.) released her draft financial regulatory reform bill (PDF). In it, she proposed the first exclusion of a product from futures markets since angry onion farmers descended on Congress in 1958 to accuse Chicago-based traders of capturing the market and artificially driving down prices. The current law lays out rules governing the trade of derivatives of any product “except onions.” If Lincoln’s bill passes, it will read “except onions and motion picture box office receipts (or any index, measure, value, or data related to such receipts).”

On Thursday, a House agriculture subcommittee held a hearing on the matter in which the overwhelming conclusion was that the proposal deserved to go straight to video. “What you’re basically talking about, then, is authorizing gambling,” scolded the chairman of the agriculture committee, Collin Peterson (D-Minn.). “The bottom line here is we’re not really talking about a commodity,” said Virginia Republican Bob Goodlatte. “I would think the person who would vote for this thing would be absolutely insane,” said Oregon Democratic Rep. Kurt Schrader.

The MPAA has no knowledge of “any” opposition in the Senate to Lincoln’s ban on movie futures. And when Mother Jones caught up with Lincoln on Thursday, she said that “everybody seems to be on board” with letting the proposal join onion derivatives in the dustbin of history. The bottom line is, if you own any futures on movie futures, now’s a good time to sell.