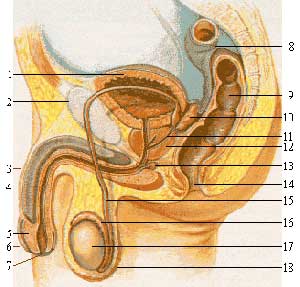 Ok, I get it. Men definitely should have a forum to learn about the myriad biological and social constructs that determine their behavior. That’s why Men’s Studies, an interdisciplinary course designed in the mid-1970s, investigates society’s standards for masculinity in men and boys. It covers the effects a hyper-masculine status quo has on the XY-chromosomed among us. Male studies, on the other hand, is a newly created program unveiled at Wagner College last week by renowned anti-feminists. And it seems like a sham. Inside Higher Ed reports:

Lionel Tiger, a professor of anthropology at Rutgers University [and co-chair of the Foundation For Male Studies], said the field takes its cues “from the notion that male and female organisms really are different” and the “enormous relation between … a person’s biology and their behavior” that’s not being addressed in most contemporary scholarship on men and boys.

It explores the biology behind masculinity and was born, in part, out of concern that society is “feminizing boys… Don’t by any means let them drug your child to turn it into a girl, which is what, effectively, they do,” said Tiger, a professor at Rutgers University.

Tiger doesn’t say who “they” are, but one can surmise he means women, feminists, gender studies professors, and the like. His argument—that incorporating feminist theories into a gender course results in male castration—is similar to the argument that one should teach a history course that excludes slavery so that white students aren’t offended. It’s inaccurate because doing so only tells part of the story.

Unlike the new field of male studies, men’s studies operates based on the idea that the study of men and women are inseparable. Biology is covered in men’s studies, but not in a vacuum that discredits nature/nurture arguments. As commenters at The Sexist noted, a curriculum that only teaches students that “Males act this way solely because of their DNA” is lacking both context and conscience. It gives people an excuse not to change. Even authorities like Dr. Louann Brizendine, author of The Male Brain, which talks about how uniquely male neurochemistry dictates actions, is quick to note that biology is certainly not destiny.

So, every group has the right to learn about issues that are unique to their demographic. But some anti-male studies bloggers are rightfully concerned that its goal is to undermine strides gender and ethnic studies courses have made in incorporating their stories into the dominant culture’s maelstrom. Male studies’ other creator is Christina Hoff Sommers, a conservative from the American Enterprise Institute who once told Esquire, “There are a lot of homely women in women’s studies. Preaching these anti-male, anti-sex sermons is a way for them to compensate for various heartaches—they’re just mad at the beautiful girls.”

Yeah, I wouldn’t trust her with my education. Would you?