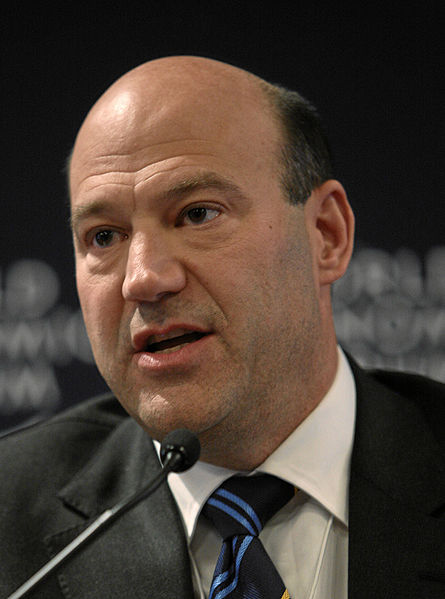 A newly released set of internal Goldman Sachs emails offers further evidence of how the investment firm knowingly bet big against the housing market—what one top executive called its “big short”—and even wagered against mortgage-tied products of its own creation. The documents, released this morning by a Senate committee investigating Goldman and other investment firms, will fuel charges that Goldman positioned itself against the interests of its clients and most Americans. And while not as severe as the Securities and Exchange Commission’s ongoing suit against Goldman, the emails are sure to heap more pressure on the under-fire Wall Street titan.

In one October 2007 email exchange, a member of Goldman’s fixed income, currency, and commodities desk, Michael Swenson, discusses the now-infamous mass downgrades of $32 billion of mortgage bonds by the rating agency Moody’s that month. Those downgrades all but killed the subprime mortgage market, resulted in huge losses on Wall Street, and woke banks and traders up to the realization that the housing bubble was about to burst. For Goldman, though, that was good news, the emails show. In that same exchange, Swenson says Goldman’s asset-backed securities desk “will be up between 30 and 35 [million]” on news of the downgrades. Another Goldman staffer responds, “Sounds like we will make some serious money.”

A May 2007 exchange inside Goldman includes information on the “wipeout” of a mortgage security from Long Beach Mortgage Company, a former subsidiary of the failed bank Washington Mutual. The security also happened to be underwritten and sold by Goldman. One Goldman staffer says this is bad news, because it’ll cost the firm $2.5 million; however, the same staffer adds that because Goldman had bet against that very same security, it netted $5 million, easily covering its losses.

And in a July 2007 email chain, a Goldman staffer reports that the firm pocketed $50 million in one day by “shorting,” or betting against, the housing market. Goldman COO Gary Cohn then chimes in, listing some figures showing the mounting losses in the mortgage market. To which David Viniar, Goldman’s CFO, tellingly replied, “Tells you what might be happening to people who don’t have the big short.”

The eight pages of emails were released this morning by the Senate investigations subcommittee, which is probing the role of investment firms like Goldman and Morgan Stanley in the financial crisis. Led by Sen. Carl Levin (D-Mich.), the subcommittee this week will question Goldman executives like CEO Lloyd Blankfein and Viniar as well as other top figures like Swenson and Fabrice Tourre, the young trader named in the SEC’s suit. The emails, Levin says, are proof that investment firms like Goldman “were not simply market-makers, they were self-interested promoters of risky and complicated financial schemes that helped trigger the crisis.” Levin adds, “They bundled toxic mortgages into complex financial instruments, got the credit rating agencies to label them as AAA securities, and sold them to investors, magnifying and spreading risk throughout the financial system, and all too often betting against the instruments they sold and profiting at the expense of their clients.”

The emails don’t appear to add anything to the SEC’s case against Goldman. The crux of that suit is not that Goldman bet against products it peddled to its clients—as unethical as that looks to be—but that the firm failed to disclosed that the guy who selected the mortgage bonds to comprise that product, hedge fund trader John Paulson, was betting heavily against the market. By letting Paulson pick the bonds, the product scrutinized by the SEC, a type of what’s called a synthetic collateralized debt obligation, was more or less built to fail. Goldman says it disclosed everything it should’ve, and that it lost money on the deal in question, too—which turns out, well, not to be true. Goldman’s CEO Lloyd Blankfein has said he intends to fight the SEC’s suit.

The investigations subcommittee’s findings are nonetheless damning evidence, even if they only pour more fuel onto a raging fire. And they set the stage for what’s sure to be a scintillating hearing with Goldman’s top brass on Tuesday.