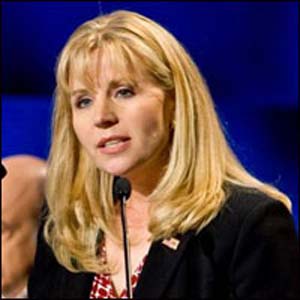 Last September, as President Barack Obama was conducting a strategic review of his Afghanistan policy, leading members of the neoconservative crowd—Bill Kristol, Robert Kagan, David Frum, Thomas Donnelly, Danielle Pletka, John Podhoretz, and others—sent an open letter to Obama praising him for changing the military leadership in Afghanistan and for devoting more resources to the war. The letter, which was also signed by Sarah Palin and Karl Rove, decried the “errors of previous years” and indicated that the neocons and their allies would back Obama if he would continue granting “full support” to the war effort. This letter signaled that the neoconservatives shared a fundamental view: The United States had to commit to a full-fledged “counterinsurgency strategy” aimed not at containing but defeating the Taliban—an endeavor which would entail sending tens of thousands of troops to Afghanistan for as long as it takes. The influential group that had helped lead the nation into war in Iraq looked unified on Afghanistan.

But now there seem to be some differences—at least when it comes to how best to criticize Obama’s handling of his relationship with Afghan President Hamid Karzai. A week and a half ago, both Sarah Palin and Liz Cheney gave high-profile speeches at the Southern Republican Leadership Conference that slammed the Obama administration for undercutting Karzai. Palin groused, “This administration alienates our friends. They treated Afghanistan President Hamid Karzai poorly and acted surprised when he reacted in kind.” Liz Cheney bluntly complained,

Afghan President Karzai, whose support we need if we are going to prevail in Afghanistan, is being treated to an especially dangerous and juvenile display from this White House. They dress him down on an almost daily basis and within the last 36 hours refused to say whether he was even an ally. I used to work on the Middle East, and there is a saying in the Arab world: “That it is more dangerous to be America’s friend than it is to be our enemy.” I fear very much that in the age of Obama, that is proving true.

Neither Palin nor Cheney bothered to distance themselves from Karzai, who’s been widely accused of corruption and incompetence. Only days earlier, Karzai had bizarrely declared that the massive fraud in last summer’s election had been perpetrated by the United Nations (that is, not his own political allies). Karzai also was quoted telling Afghan legislators that if he came “under foreign pressure,” he might “join the Taliban.” A day after that remark was reported, White House press secretary Robert Gibbs refused to call Karzai an “ally” or a “credible partner.”

With their subsequent blasts at the White House, Palin and Cheney looked as if they were defending Karzai. They may have had a case in arguing that the administration was not adeptly managing the rather difficult relationship with the Afghan president. (And in the following days, the White House would dial back its rhetoric.) But the pair declined to acknowledge the troubles caused by Karzai. Did their remarks indicate the neocons are swinging behind the problem-plagued Afghan leader?

Not exactly, says Donnelly, the director of defense studies at the American Enterprise Institute (AEI). But he notes that within neoconservative circles there are different approaches. “The more ideological conservatives complain that the administration is too kind to its adversaries and too nasty to its allies, of which Karzai is kind of one,” he says. He notes that he’s more worried about “crappy relations with Britain and India” and that, unlike Palin and Cheney, he’d place Karzai at the “bottom of the list” of examples of allies not treated well by the administration: “I wouldn’t want to be identified with Karzai.”

But, Donnelly says, there are neoconservatives, including himself, who do openly question the Obama administration’s interactions with Karzai from a practical perspective: “The Afghanistan experts ask, why is the administration so upset by Karzai? What are the alternatives? He may have shortcomings, but if you’re thinking about how not to lose in Afghanistan, there are no alternatives.” These conservatives believe the United States is stuck with Karzai, but they are not eager to be seen publicly as his boosters. Council on Foreign Relations fellow Max Boot— whom Donnelly places in this camp—insists, “No one is claiming Karzai is a great leader; it’s a question of how you handle him.”

Several neoconservatives downplay the notion there’s any significant split within their crowd regarding Karzai. “There are many views about how best to manage relations as complex as the one with Afghanistan’s leadership,” says Daneille Pletka, vice president of AEI for foreign and defense policy. “And I am betting that if you went looking for real fault lines, you would find that they cross party lines and don’t neatly align anywhere.” In a sarcastic email, Robert Kagan, a senior associate at the Carnegie Endowment for International Peace, suggests that no one should expect a consensus position among the neocons: “The directorate has not yet provided us with instructions on this matter. I think that is why you see disarray in the organization…As soon as I know what the line is, I’ll pass it on.”

Members of the neocon band do seem to agree on a basic charge—Obama has screwed up with Karzai—but some are more willing to concede the administration is a tough position. In an email, former George W. Bush speechwriter David Frum notes, “Karzai is problematic, surrounded by corrupt relatives, quick to cut down good provincial governors.” But he says that because Karzai is Pashtun—the largest ethnic group in Afghanistan—and most of the military leaders are Tajiks, if Karzai were to leave (or be pushed from) the scene, an “ethnic conflict” could be added to “everything else that is bad in Afghanistan.” Frum adds, “I don’t know what the right answer is—and I don’t see much of a pattern to how people decide which is the least bad option.”

Palin’s and Cheney’s remarks to a partisan audience contained none of that nuance or ambivalence. Their shared talking point suggested another Arab saying: “The enemy of my enemy is my friend.” But as Donnelly reports, the less political-minded neocons are “much more worried about supporting [Gen. Stanley] McChrystal than supporting Karzai. That’s not a fight they want to have.” With the Obama administration backpedaling on its tough-on-Karzai stance, perhaps there won’t be much reason in the near-future to sort this all out. But the troubles with the Afghan leader are not likely to disappear, and the “what to do with Karzai” debate will not end. It may even percolate within neoconservative circles—unless, of course, the directorate says otherwise.