In India, where the lifelines between water, fuel, and 1.1 billion people are stretched thin, a small loan to one person can have a big impact—especially if that person is a girl. A microloan allowed Rehanna Bibi to radically alter the lives of her family and community. Provided $780 and some courses in basic hygiene, Supta Halder has transformed the health and habits of her village, her extended relatives—even her cows. Meet some of the people who benefit from the “girl effect” in India. 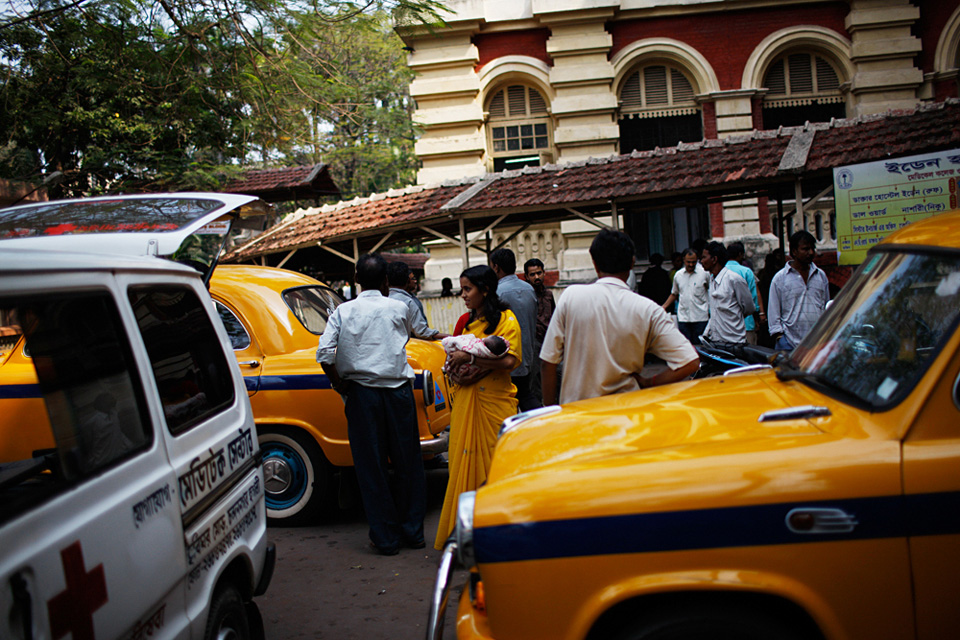 Kolkata’s Eden Hospital was founded in 1881 as a maternity ward for Europeans—and for the Eurasian offspring of British colonialists and Indian women. Above, Jayati Mondol carries her sister’s firstborn to a waiting taxicab for the ride home. 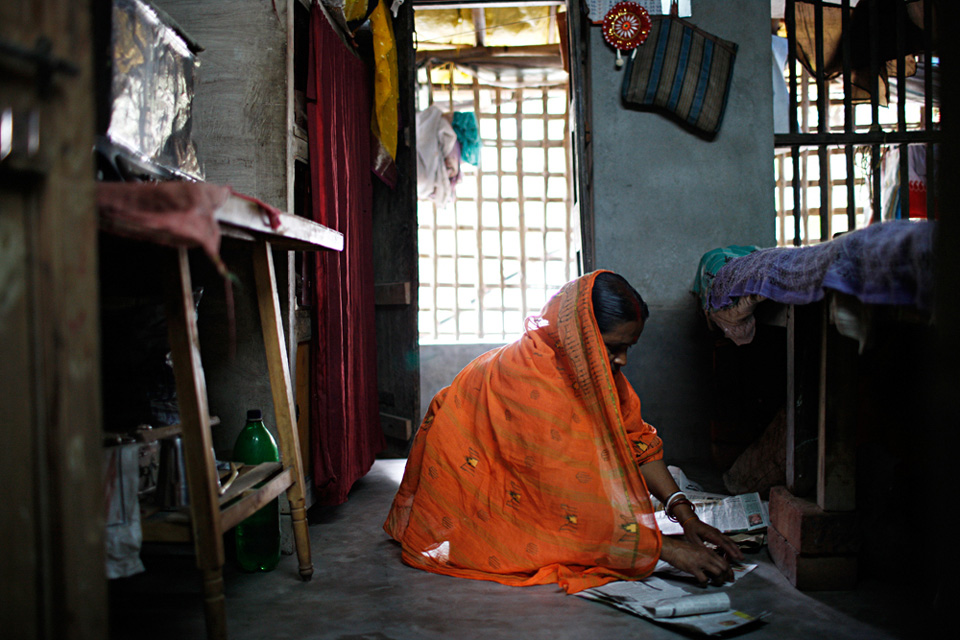 Microloan recipient Supta Halder separates newspaper into piles she will use to make bags that she sells to neighbors, one of the many projects she makes money from. 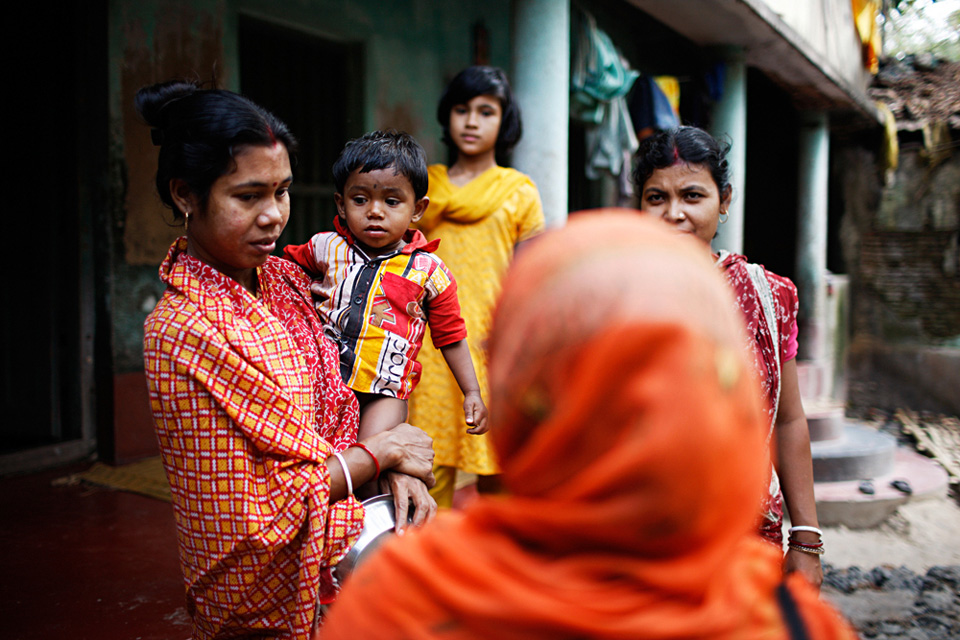 In her work as a sastho sohayika (health helper) for Bandhan, Supta Halder educates local women on basic hygiene and health issues. 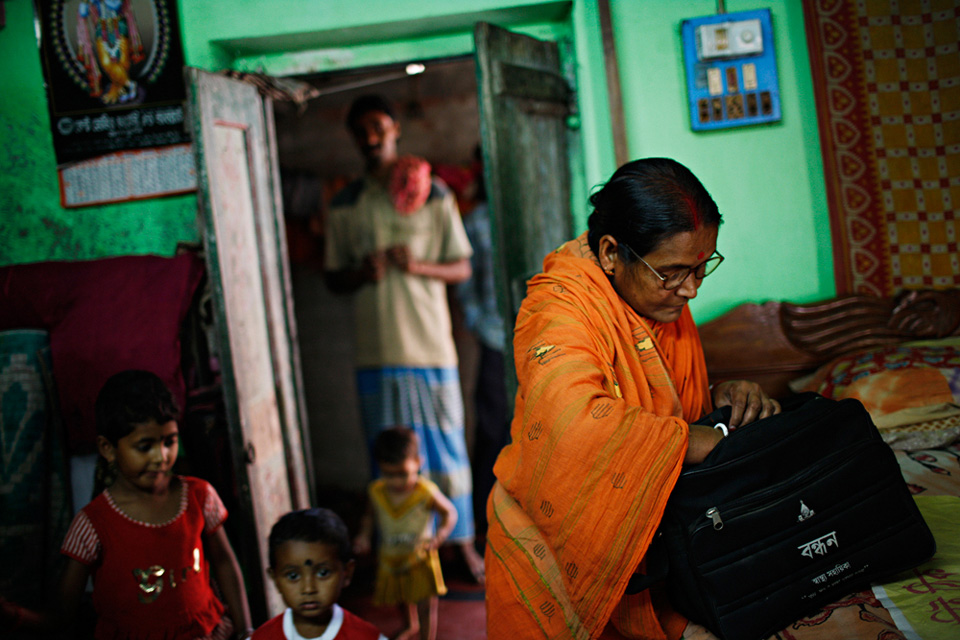 Supta Halder is always busy, advising neighbors on health issues or riding the train three hours to buy saris wholesale. She later sells them for a profit. 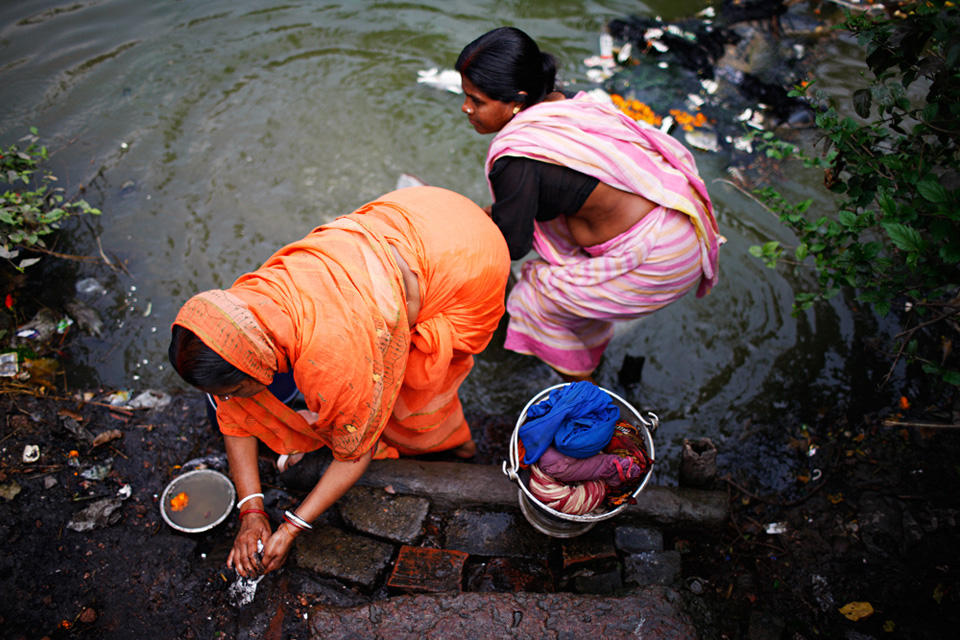 Supta Halder (left) washes dishes in a pond near her house while her neighbor does laundry. Halder later rinses the dishes with clean water from her new tube well. 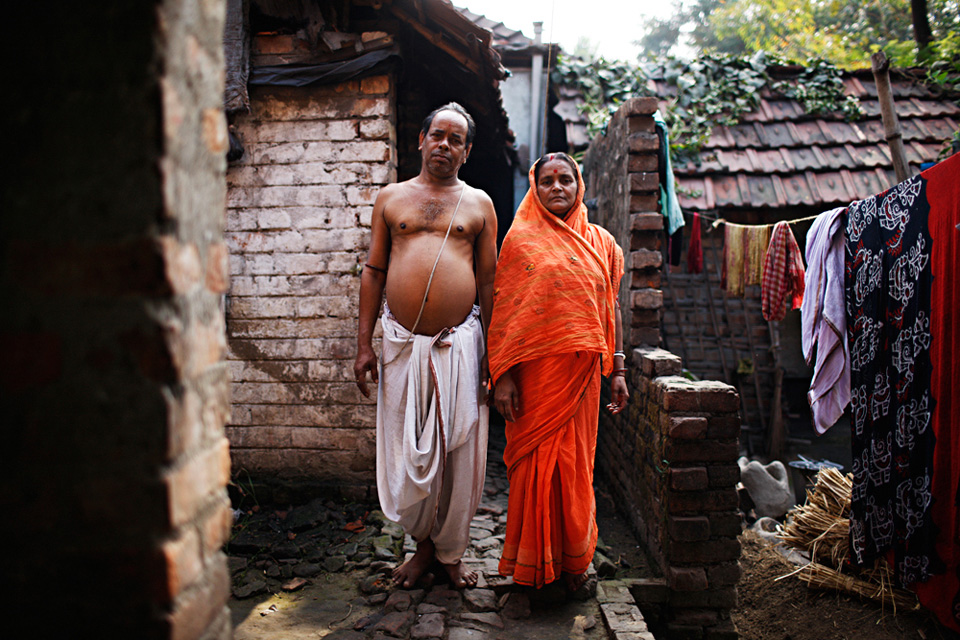 Microloan recipient Supta Halder with her husband, who says he is “very pleased” with the changes in their household. 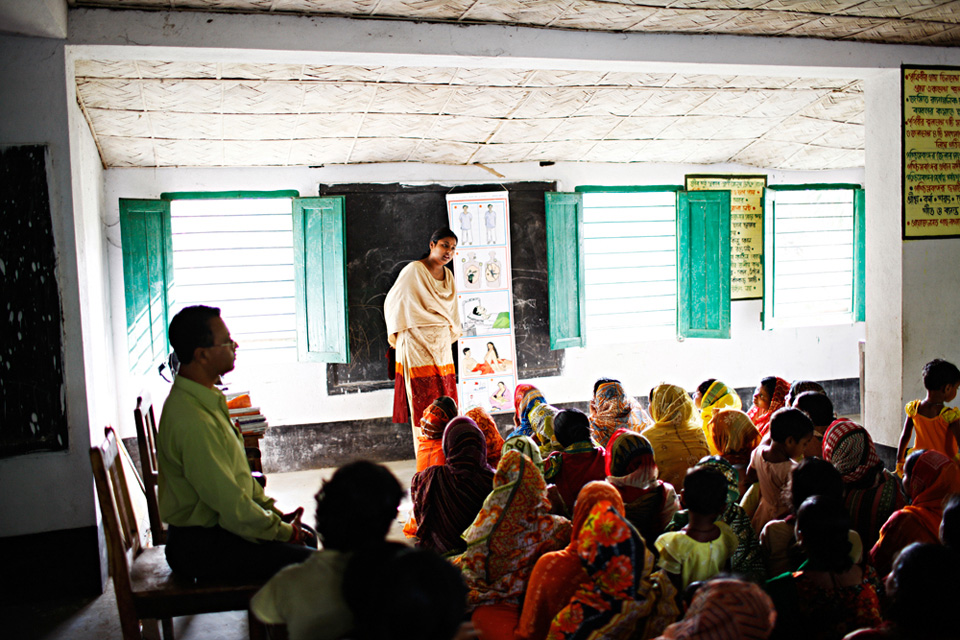 Nabanita Mondal educates women, some illiterate, about HIV/AIDS in Bagnan, India. Illness is the top reason women default on microloans. 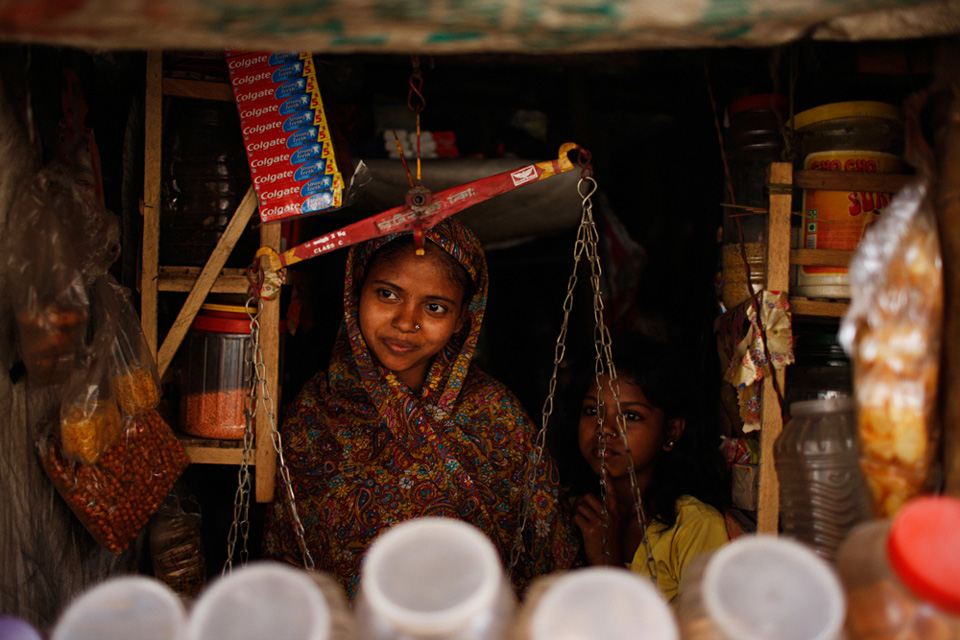 Rehana Bibi, 28, was married when she was 14 and now has three daughters. Since receiving a microloan, she has opened a small store and makes nearly 10 times her previous income. 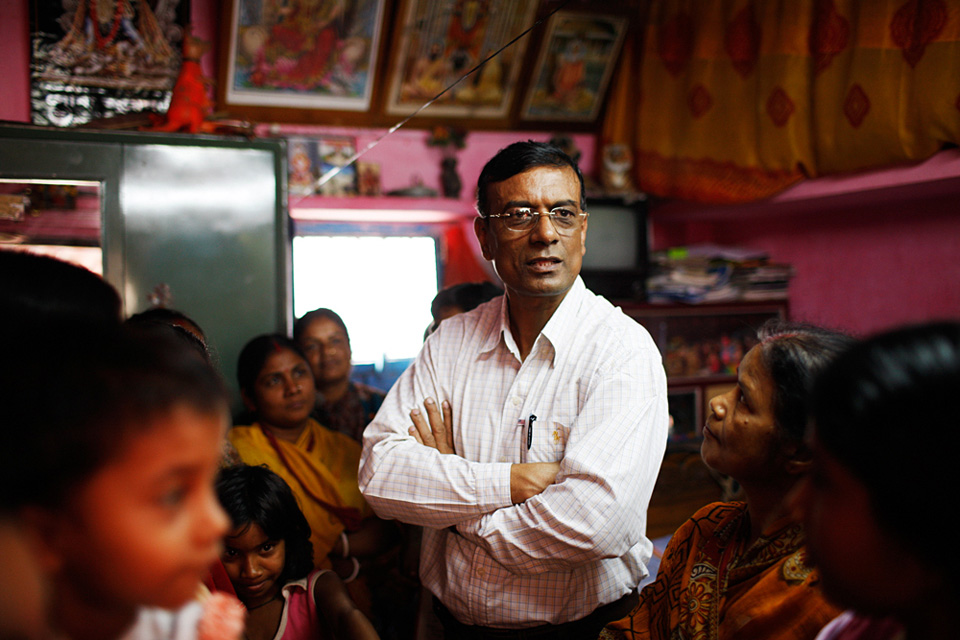 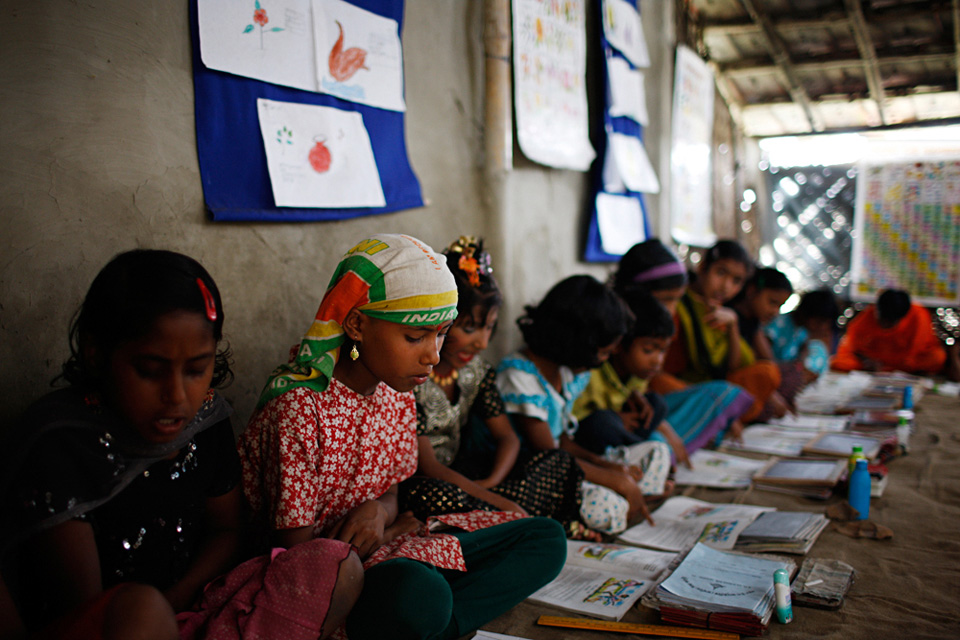 For girls at a Bandhan primary school in Canning, India, education is key. It improves health and employment and can help them control the size of their families. 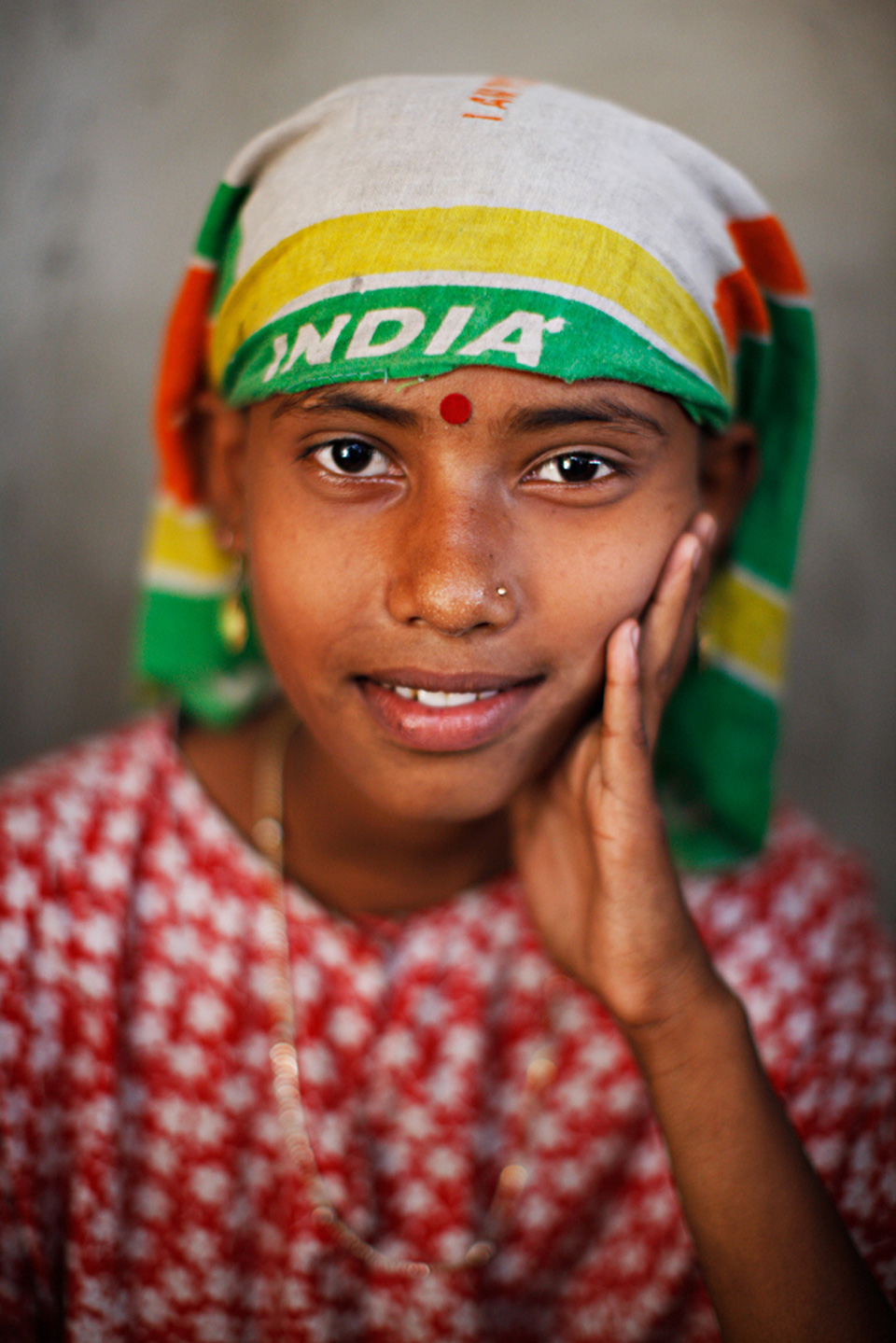 Ten-year-old Kulsum Khatun is a student in Canning. She is the only girl in her large family and says she wants to be a teacher when she grows up. 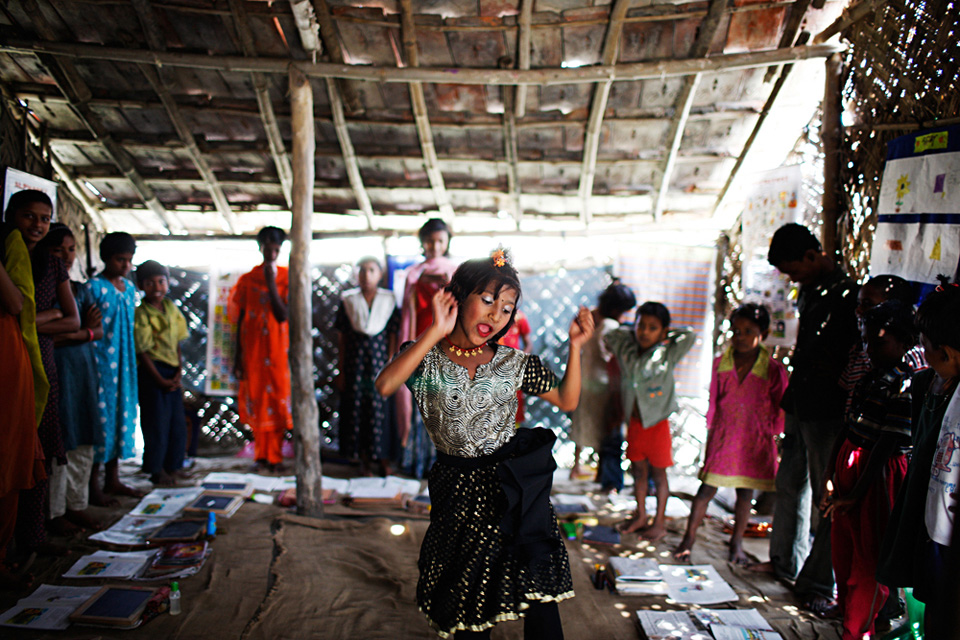 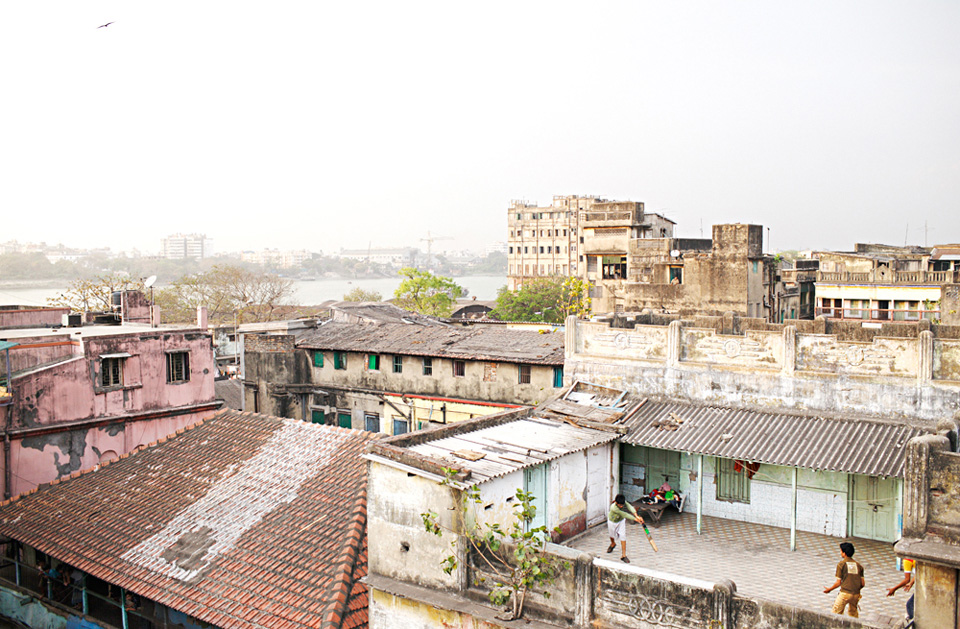 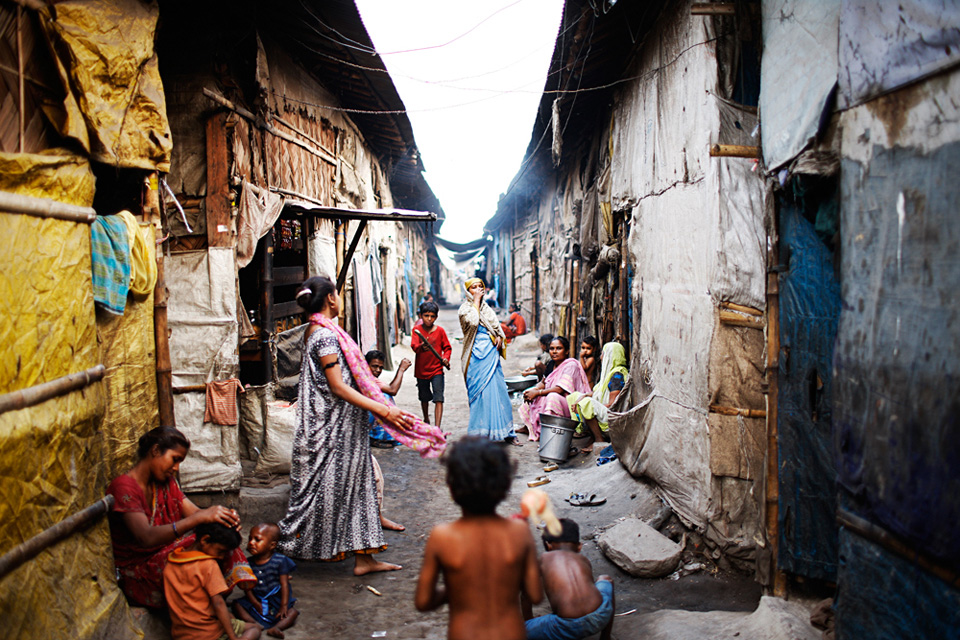 In the Kolkata slum of Topsia, fires are common and often fatal. A few days after this picture was shot, a fire consumed 250 shanties and left 1,200 homeless. No one died. 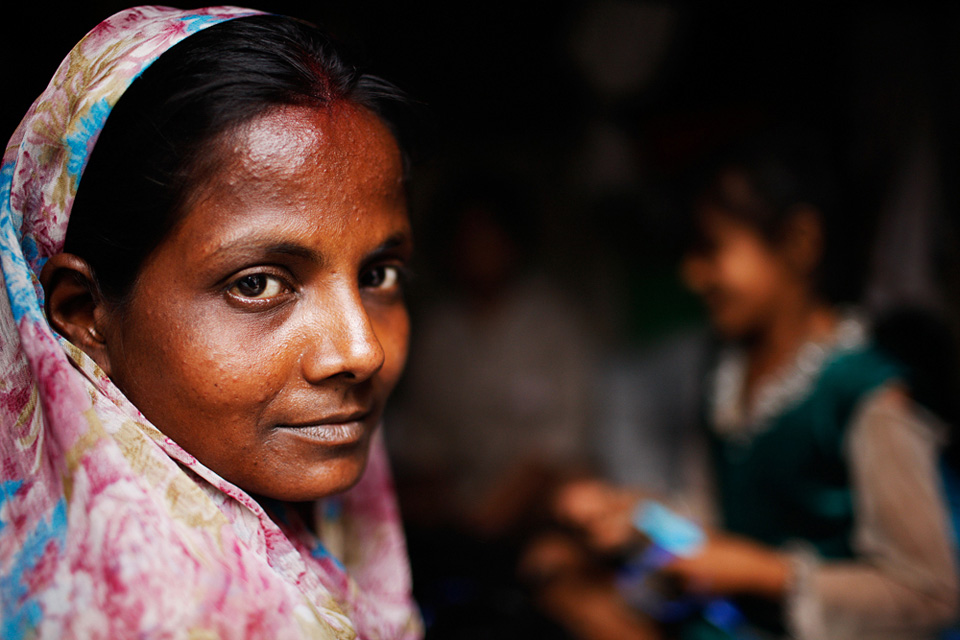 Konica Modol, 26, lives with her four children in the Topsia slum. She’s used loans to start a business selling cosmetics to commuters on trains. She also sorts scrap rubber for recycling. 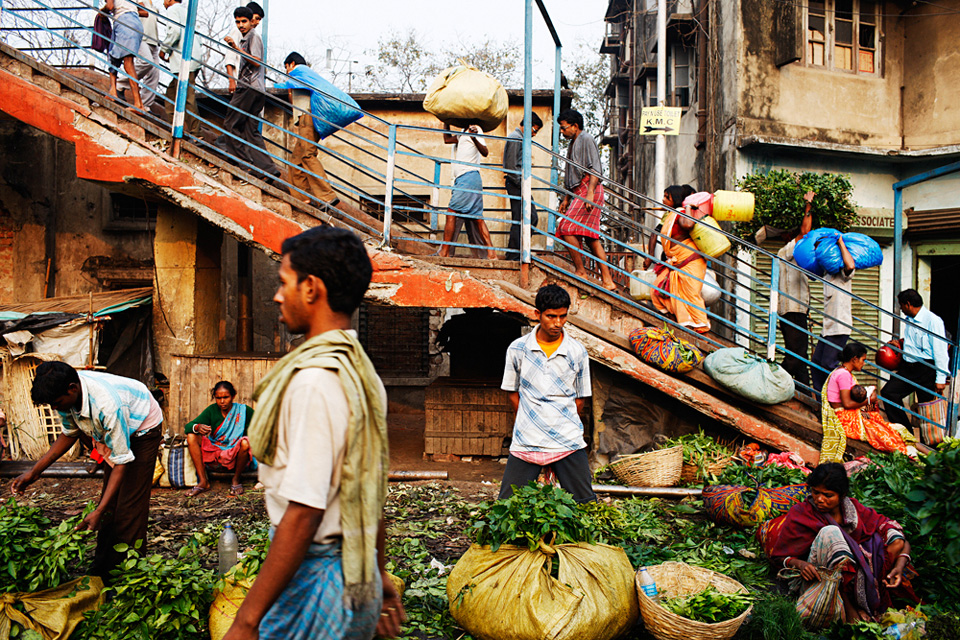 In the teeming Malik Ghat wholesale flower market, merchants sell garlands of marigolds. They’re used in celebrating some of Kolkata’s many religious festivals.