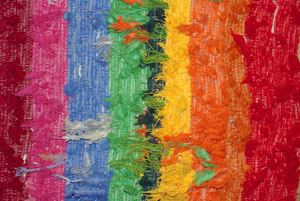 With Solicitor General Elena Kagan’s nomination to the Supreme Court, right-wingers have revived speculation that Obama’s pick is a closeted lesbian, despite strong statements by the White House that such charges are false. “We cannot afford to have another sexually abnormal individual in a position of important civic responsibility,” blasted the American Family Association in a blog post Monday. But the Kagan whisper campaign is only the start of the gay rights debate that’s certain to heat up this summer. And activists on both sides seem eager to drive the issue to the forefront.

Having vocally objected to the military “Don’t Ask Don’t Tell” policy on gay service members, Kagan briefly restricted—but never cut off—military recruiters’ access to students while she was dean of Harvard Law School, prompting critics to label her as “an anti-military zealot” who would push for same-sex marriage “as a supposed federal constitutional right.” On the other side, gay rights groups have hailed Obama’s pick, citing her DADT views and “commitment to protecting the liberty and equality of all Americans, including LGBT Americans,” in the words of the Human Rights Campaign. And liberal activists who’ve been frustrated with the White House’s reluctance to repeal DADT could use the confirmation process as another chance to voice their grievances.

Meanwhile, there’s another issue coming down the pipeline that could also bring gay rights to the front burner this summer. The Employee Non-Discrimination Act—which would prohibit employers from discriminating on the basis of sexuality or gender identity—is currently before the House Education and Labor committee. Written by Rep. Barney Frank (D-Mass.), ENDA already has 202 co-sponsors, prompting gay rights advocates to push for a vote in the House as early as this month. The momentum behind the legislation has prompted anti-gay activists to slam the bill as “the Cross-dresser Protection Act,” as the Family Research Council calls it. Warning that the bill would let drag queens invade schools across the country, the Traditional Values Coalition has urged a newly formed group of the House’s most conservative Republicans to take up the issue. And The Washington Times has already editorialized against the bill for subjecting “kids to weirdos,” arguing that it would make it impossible for parents remove their children from the classrooms of “she-male” teachers.

It’s unclear whether House Speaker Nancy Pelosi will bring ENDA to the House floor this summer, for fear of putting endangered Democrats before another politically contentious vote just months before the midterm elections. And it’s even less probable that the Senate would take up the legislation soon thereafter; when 2007 version of the bill passed the House, without the protections for transgendered individuals, the Senate failed to act. But Frank has promised that he would bring the bill to the floor for a vote–and gay rights advocates, heartened by Kagan’s nomination, will certainly keep up the pressure. Meanwhile, any movement on the bill could prompt anti-gay conservatives to use ENDA, along with the Kagan nomination, as evidence that Obama’s Washington is advancing a radical, pro-gay, left-wing agenda.

Given the significant rifts between the anti-gay religious righters and the anti-tax Tea Partiers, such an opposition campaign may not gain that a huge amount of traction. But it’s not just social conservatives who will want to keep firing away at the issue. It’s also gay rights activists who’ve been deeply frustrated with the White House’s inaction on gay issues. In a blog post entitled “So Is She Gay?”, Andrew Sullivan argues that asking about Kagan’s sexuality was a perfectly legitimate question, faulting the “liberal cowardice” of the Obama administration for purportedly not being more forthcoming about the question. The Democratic Party had been hoping to keep the focus on the economy and jobs this election year in order to protect vulnerable members. But it looks like gay rights will now join immigration as another hot-button social issue that’s made its way onto the 2010 agenda.