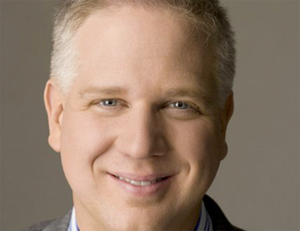 There’s no word yet on whether Beck took time out to visit the university’s creationism museum. But the chancellors did fork over an honorary doctor of humanities degree to Beck, a man who once tried to explain how a Diego Rivera mural proved that the Rockefellers and NBC were simultaneously socialists and Nazis. He then started his speech by crying, and he pretty much finished up the same way.

And while Beck didn’t spend much time railing against social justice in the Gospel, or socialism, even, he did manage to take an earlier commencement speech by President Obama distressingly out of context. The reason: So he could explain Obama’s hatred of knowledge and free expression…to alumni of a school that bans Democrats, campus organizing, distribution of unapproved literature, viewing of most movies, and playing of music that’s “offensive to Liberty’s Christian stand.” (They call this the “Liberty Way,” no shit. It’s viewable here, though the university’s official policy is limited to students with a login.) Beck bitched:

Last week, I heard the president speak at a ceremony much like this. He said that there is now too much information available! That it is sometimes too confusing! This is a course that has been charted before in the past. And it always ends with those who are willing to burn books. There is no such thing as too much information! There is no such thing as a question that should not be asked!

Except, of course, this one:

This is now the second time in a week that I’ve found hardcore conservative evangelical Protestants cozying up to Beck—a member of the Latter-Day Saints—to lambast socialism and churches that hate poverty. Strange, isn’t it: As the US emerges from a Great Recession—fueled in no small part by right-wing governance, corporate deceit, and investor avarice—there’s one stock selling like hotcakes among evangelicals: the pro-free-market, anti-charity histrionics of a white-bread millionaire whose religious beliefs are as odious to most of Christendom as atheistic evolution. (Quick, somebody charge up Mitt Romney’s batteries before he misses his chance to ride this wave!)

In the end, though, we all know why Liberty chose Beck: He’s a magnet for media attention. He’s a handy way to raise the school’s profile, through blogs such as this one. He’s the latest manifestation of a conservative stageplay in which the shepherds and right-leaning tastemakers whip up a well-meaning but credulous flock for fun and profit. He’s a cynical icon of the death of whatever principles Liberty U., in its way, might once have stood for.