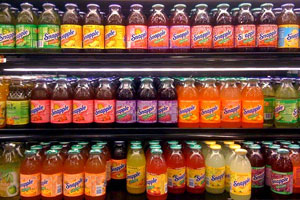 The tragedy in the Gulf of Mexico offers a management lesson to food marketers on how not to deal with a crisis. Specifically, I refer to the obesity epidemic. Here’s what I mean.

First, there’s the blame game. No one is taking responsibility for the Gulf disaster. BP points its fingers at Transocean who throws a hot potato to Halliburton who points back to BP as having ultimate responsibility. A similar dynamic persists in the obesity debate. Activists blame corporations for spewing excessive fuel (i.e., calories) on the consuming public; food corporations counter that they offer healthy options and decry that regulators are unfairly trying to tax them; and all the while consumers continue to chomp away at anything put in front of them.

Then there’s this sticky matter of the unintended consequences of the spill on the health and wellbeing of all those affected: wildlife, the environment, the food supply, local economies, and laborers. It appears that none of the parties planned for this eventuality. So too with obesity. Food marketers did not intend that Americans get fat. Clever marketers simply discovered the formula for providing excellent value for their customers. And in turn consumers complied. Now two-thirds of Americans are either overweight or obese.

Finally, neither BP nor the food companies have put the genie back in the bottle. By this I mean that the causes for concern (oil and calories) still run rampant. For BP, this not only means a public relations nightmare but also likely criminal proceedings. It will also pave the way for new, more draconian regulations and a radical shift in energy policies, to the detriment of the petroleum companies. With minor exceptions, food marketers also have not put the lid on calories and will continue to feel the heat of regulators, activists, and consumers until they do.

So what can food marketers do?

This is a defining moment that will determine whether food companies ultimately are labeled as pariahs or emerge as “heros.” There are three things that they can do now to ensure the latter outcome:

1. Take responsibility. As Harry Truman proclaimed, “The buck stops here.” Whether the President is personally or institutionally responsible, if something happens on his or her watch look no further when assessing culpability or kudos. It is time for our food marketers to take ownership of the obesity crisis regardless of where the blame lies. There is plenty to go around, so let’s move on. Unlike BP’s fumble, demonstrating leadership is not only the right thing to do but also the smart thing, since companies will reap the rewards of enhanced customer loyalty and less restrictive (and persistent) regulation.

2. Cap the well. It’s time to put a moratorium on the number of calories sold to consumers. And we’re already seeing ways it can be implemented. For example, soft drink marketers Coca-Cola, PepsiCo, and Dr. Pepper Snapple now supply 88 percent less calories in school vending machines than in 2004—and they’re still making a profit.

3. Clean up the mess. Compared to 1970, each of us is now exposed to 30 percent more calories daily. In my last article, I highlighted that it would take the removal of 69 trillion calories from the food supply to return us to the level of calories we consumed “pre-obesity.” And the only way to accomplish this is for all food companies to shave off at least 20 percent of the calories they are selling.

By following these three simple maxims, food companies can avoid the mistakes made by BP and put themselves in a position to reclaim leadership and public esteem.

This post was produced by The Atlantic as part of the Climate Desk collaboration.