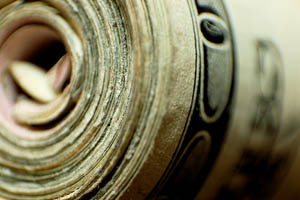 When Afghan President Hamid Karzai was in Washington last month, President Obama and his aides repeatedly maintained that the Afghan leader was making progress in fighting corruption, which is rampant throughout Afghanistan and threatens the Obama administration’s plans to bolster a central government that can become capable of taking on the Taliban and al Qaeda. A joint statement from Obama and Karzai referred to Karzai’s “efforts to strengthen the powers and authorities” of the High Office of Oversight, Kabul’s national anti-corruption unit.  Asked whether Karzai was making progress combating corruption, White House press secretary Robert Gibbs pointed to this office, and he noted that the High Office “now operates with a mission to increase its accountability.” In another briefing, Lt. General Douglas Lute, a deputy national security adviser, asserted that Karzai had provided the head of this office “renewed powers to deal with corruption.” Yet shortly after Karzai departed Washington, the RAND Corporation held a briefing on Capitol Hill that delivered a starkly different message: The High Office of Oversight and its commissioner, Mohammad Yusin Osmani, are virtually powerless to confront the serious corruption that infects the senior levels of Karzai’s government.

Osmani became head of this anti-corruption office in 2008, and last November he was grousing that his outfit lacked the resources and authority to pursue or prosecute cases. His High Office could only refer corruption cases to police and prosecutors, who might themselves be corrupt. At that time, the Afghan government was announcing new initiatives to crack down on graft, yet Osmani’s office was only 30 percent staffed. In December, the US Special Inspector General for Afghanistan Reconstruction (SIGAR) released a report on the High Office of Oversight, noting that Osmani’s unit “suffers from significant gaps in operational capacity.” SIGAR’s investigation concluded that the HOO is “greatly understaffed, and many of its employees are either inexperienced or lack basic skills, such as computer use and information gather ing techniques.” The report added, “the HOO lacks the organizational, external, and personal independence required by international standards for an oversight institution.” (The report also pointed out that the US government had “no office or individual specifically designated to oversee or coordinate” US assistance to this office.) The SIGAR report was clear: the High Office of Oversight was a mess. In March, Karzai, under pressure from Washington to demonstrate progress on the anti-corruption front, signed a decree granting the office the power to investigate allegations of corruption. “I wish him success,” Karzai said of Osmani.

But Osmani hasn’t had much success. This spring, RAND held a three-day workshop in Kabul that brought together several dozen members of Afghanistan’s small anti-corruption community, including journalists, members of parliament, public interest advocates, and Osmani. The conference participants reported that in Afghanistan—which is ranked the second most corrupt country in the world by Transparency International (after Somalia)—corruption has far exceeded what was once customary graft. They complained that corruption has infested small daily interactions, large government contracts, and the appointments of senior government officials, and that it is undermining the legitimacy of both the Karzai government and the international community, including the United States. These participants shared their own tales of graft: having to pay tax agents bribes to accept tax filings, having to offer bribes so they can pay electricity bills. (A recent UN report estimates that bribes make up one-quarter of the Afghan economy, and it notes that one out of four Afghans were forced to pay at least one bribe to a police office in the previous year.)

At the Kabul conference, Osmani delivered a speech in which he blamed Afghanistan’s hyper-corruption on three reasons that he claimed were beyond the government’s control: a cultural decline that has caused more Afghans to view corruption as acceptable; too much international aid flowing into Afghanistan without strict accountability; and the Afghan government’s lack of independence, due to that outside assistance. (Speaking to the Afghan Senate in early April, Osmani said that foreigners were responsible for 80 percent of the corruption in Afghanistan.) Conference participants challenged Osmani’s analysis and called for the Afghan government to assume more responsibility for confronting corruption.

Several weeks later, on May 21, RAND held a briefing in the Rayburn House Office Building on Capitol Hill for a handful of congressional staffers and foreign policy wonks to report on the findings that had come out of the Kabul conference. Two RAND researchers—Cheryl Benard and Elvira Loredo—went through a dry PowerPoint presentation that outlined the basics (corruption is a big problem) and noted that Osmani’s office is regarded as “well-intentioned but weak.” (See the PowerPoint here.) But in her remarks, Benard, who is married to former US ambassador to Afghanistan Zalmay Khalilzad, expressed surprise at how far and deep corruption has spread in Afghanistan. She commented that before she and Loredo organized the Kabul conference, they expected to find that corruption in Afghanistan was “kind of normal” for a Third World country. But, she said, “it has totally crossed the line” and now “penetrates and obstructs daily life.” Corruption, she maintained, is a profound “roadblock” to rebuilding Afghanistan. Moreover, she remarked, many Afghans, who are generally not fond of the Taliban, believe that “at least [the Taliban] are principled, they are not corrupt. You can get fast justice” with the Taliban—as opposed to having to bribe police officers, municipal officials, judges, teachers, and others.

As for dealing with high-level corruption, Benard said, “I wouldn’t expect much from Osmani’s office.” She explained that he still doesn’t have the “muscle” to chase after graft at the top of the Karzai government—not even after his powers have officially been expanded. “If Osmani decides he’s going to take on these big shots, Osmani is dead meat,” she said. Should he attempt anything like that, she added, “all he’ll do is eliminate himself.” The only effective path for him, Benard remarked, is to zero in on low-level and mid-level corruption—and “it may percolate up.” The conventional view, she noted, is that “you have to start at the top. Karzai has to jail his brother [who runs Kandahar and who is widely regarded as corrupt], some top-level ministers have to be put on trial as an example.” But that is not realistic, she said; instead, Osmani ought to focus on establishing complaint mechanisms and curbing bribes at the ground level, such as in local licensing offices. (Benard indicated she was optimistic that Osmani and others in the anti-corruption crowd could achieve progress in this manner.)

The RAND briefing was not in sync with the talking points repeated by Obama administration officials when Karzai was in town. Osmani and his office are not in a position to make substantial gains in the near-term. Yet the excessive corruption of Afghanistan undermines the US mission there by undercutting the legitimacy of the Karzai government, Washington’s partner, and by fueling popular resentment that can be easily exploited by insurgents. During the Capitol Hill briefing, Benard recalled that while she was in Kabul she frequently heard from Afghans upset about corruption that “if this isn’t changing, it’s your fault. You guys are really running the show here.” Meaning, you Americans. If Afghans indeed blame the United States for the corruption that burdens and angers them, US policy will be greatly hindered. And none of the upbeat administration talk about Osmani and his High Office will change that.