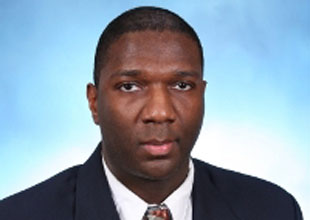 An unemployed 32-year-old black Army veteran with no campaign funds, no signs, and no website shocked South Carolina on Tuesday night by winning the Democratic Senate primary to oppose Sen. Jim DeMint (R-SC). Alvin Greene, who currently lives in his family’s home, defeated Vic Rawl, a former judge and state legislator who had a $186,000 campaign warchest and had already planned his next fundraising event. Despite the odds, Greene, who has been unemployed for the past nine months, said that he wasn’t surprised by his victory. “I wasn’t surprised, but not really. I mean, just a little, but not much. I knew I was on top of my campaign, and just stayed on top of everything, I just—I wasn’t surprised that much, just a little. I knew that I worked hard and did,” Greene said in an interview.

Greene insists that he paid the $10,400 filing fee and all other campaign expenses from his own personal funds. “It was 100 percent out of my pocket. I’m self-managed. It’s hard work, and just getting my message to supporters. I funded my campaign 100 percent out of my pocket and self-managed,” said Greene, who sounded anxious and unprepared to speak to the public. But despite his lack of election funds, Greene claims to have criss-crossed the state during his campaign—though he declined to specify any of the towns or places he visited or say how much money he spent while on the road.

“It wasn’t much, I mean, just, it was—it wasn’t much. Not much, I mean, it wasn’t much,” he said, when asked how much of his own money he spent in the primary. Greene frequently spoke in rapid-fire, fragmentary sentences, repeating certain phrases or interrupting himself multiple times during the same sentence while he searched for the right words. But he was emphatic about certain aspects of his candidacy, insisting that details about his campaign organization, for instance, weren’t relevant. “I’m not concentrating on how I was elected—it’s history. I’m the Democratic nominee—we need to get talking about America back to work, what’s going on, in America.”

The oddity of Greene’s candidacy has already prompted speculation from local media about whether he might be a Republican plant. But Greene denies that Republicans or anyone else had approached him about running. “No, no—no one approached me. This is my decision,” he said. A 13-year military veteran, he says he had originally gotten the idea in 2008 when he was serving in Korea. “I just saw the country was in bad shape two years ago…the country was declining,” he says. “I wanted to make sure we continue to go up on the right track.” But when asked whether there was a specific person or circumstance that precipitated his decision to jump into politics, Greene simply replied: “nothing in particular…it’s just, uh, nothing in particular.” South Carolina Democratic Party Chairwoman Carol Fowler speculated that Greene won because his name appeared first on the ballot, and voters unfamiliar with both candidates chose alphabetically.

Greene has yet to speak to any Democratic officials, either. After filing to run, his campaign went dark. According to this report, he didn’t show up to the South Carolina Democratic Party convention in April and didn’t file any of the required paperwork for candidates with the state or Federal Election Commission. When I spoke to him, the state’s Democrats had yet to contact him after his victory was announced.

Greene insists that he’s planning to work with state and national officials to ramp up his campaign and raise money “as soon as I can.” And he plans on putting his unemployment at the center of his campaign. “I’m currently one of the many unemployed in the state and this country. South Carolina has more unemployed now than at any other time,” Greene says. “My campaign slogan: Let’s get South Carolina back to work.” He adds that he would like to see “one Korea under a democracy.”

Sen. DeMint, a Tea Party darling and leader of the GOP’s far-right flank, wasn’t expecting a competitive challenge this election cycle. But conservative activists are already thrilled to see the Democrats’ hand-picked candidate go down in flames. “Hahahahahahahahahahahahahahahahaha,” tweeted Tea Party activist and Redstate blogger Erick Erickson after finding out about Greene’s victory.

Greene offered no volleys against DeMint, and he seemed to have more questions than attack lines when it came to the Tea Party. “What’s the Tea Party’s position on wars in the Middle East? …I want to know the Tea Party’s position on the wars in the Middle East?” he asked. But Greene says that he’s excited about the prospect of taking on DeMint in the public arena: “I’m looking forward to the debate this September.” DeMint and his supporters are no doubt looking forward to it too.

Update:  Via the AP, Greene is facing a felony charge for allegedly showing obscene photos to a University of South Carolina student. The mother of Greene’s accuser has launched a crusade against him, vowing to become the candidate’s “worst nightmare.”

Update: Greene was also kicked out of the Army and the Air Force. And the increasingly bizarre circumstances surrounding his campaign have prompted some Democrats to accuse him of being a plant—and others to question his mental health.