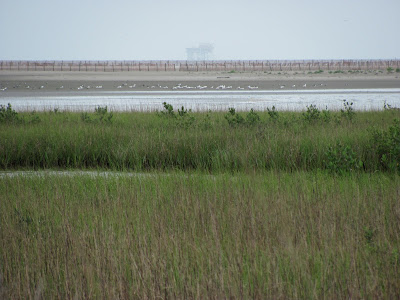 Photos © Julia Whitty.
Elmer’s Island, Louisiana. For reasons not entirely clear to me they’re still only letting people who can procure a press pass out to Elmer’s Island near Grand Isle—and only with an escort from the sheriff’s office. So yesterday I got the press pass and drove back to get my escort. Lucky for me, the guy was new to the job, it was late, almost dark, and he didn’t know the drill. Have fun, he said as I drove past him and got the island all to myself. 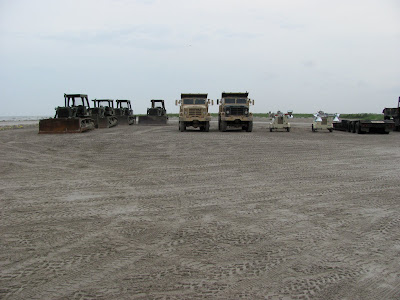 There was one security guard by the parking area who lamely tried to dissuade me. Most of all by saying I should be wearing rubber boots. Well I’ve already bought and left behind two pairs of rubber boots on boats. I was not going to buy any more. What don’t you give me some? I suggested. 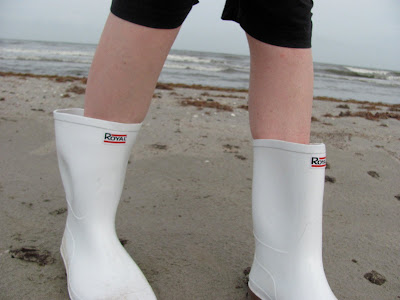 And he did. Size 12 men’s. These were for ostensibly my safety. But they were so big I stumbled around like Bozo on barbiturates. 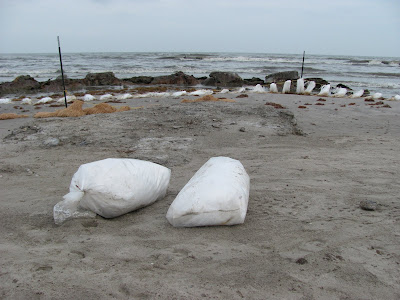 Never mind. I still had the beach to myself. 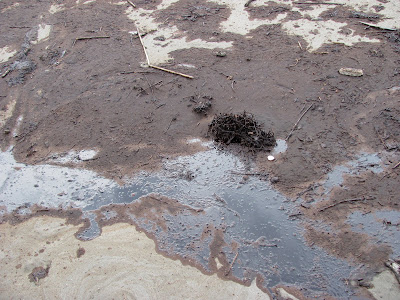 Never beach-combed an oiled beach before. 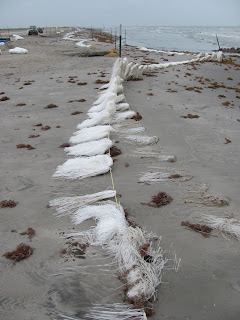 Near the parking area, where the escort would doubtless have brought me, things looked pretty shipshape. Brand new clean hula skirts (well, that’s what I called them), designed, I guess, to baffle the oil. 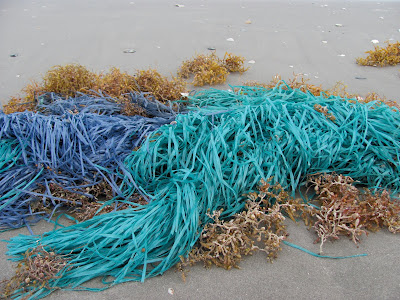 Jaunty. Sort of festive. I can almost hear (Ronald Reagan voice): You know, if you squint a little, it’s kinda pretty at an oil spill. 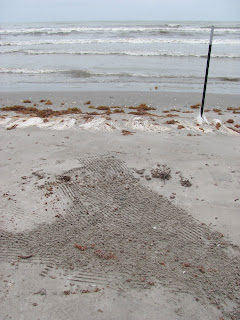 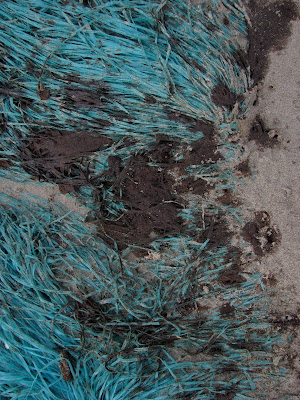 But the farther I walked from the showcase oily beach, the nastier it got. The hula skirts started to look like they’d stayed too long at Mardi Gras. The “mud” on them is oil. 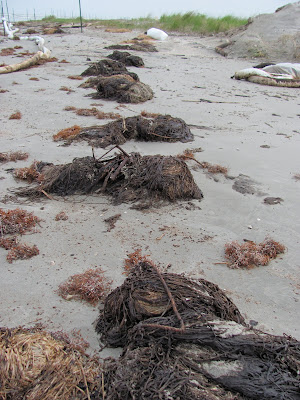 These used to be white. 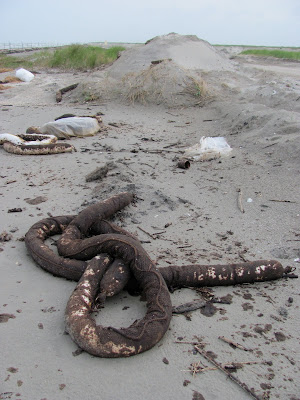 The absorbent white booms were saturated with oil. 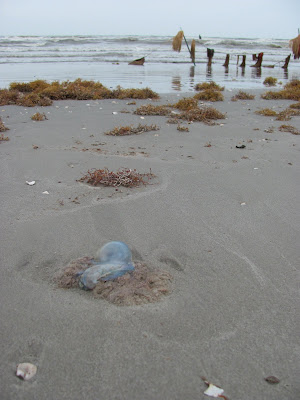 There were dead Portuguese man o’war jellies—one of the few species that weather the travails of the dead zone that afflicts these waters each summer. The dead zone is an area around the outflow of the Mississippi River made hypoxic by too many nutrients flowing downstream, mostly from farms and ranches. If you’re a jellyfish, a dead zone is survivable. Apparently an oiled zone is not. 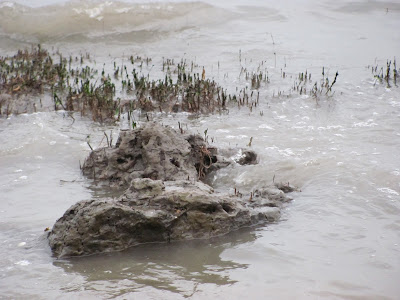 Oiled marine algae had been scraped off these oiled rocks. 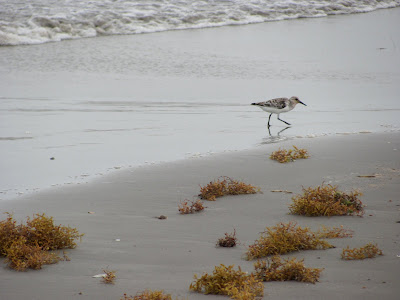 I saw exactly one shorebird—this little sanderling (correct me, shorebirdarians)—an impoverishment of shorebirds. I saw exactly one crab that looked drunk. Sorry, no photo, it staggered into the waves before I could get a shot. I saw dolphins swimming offshore in greasy water. 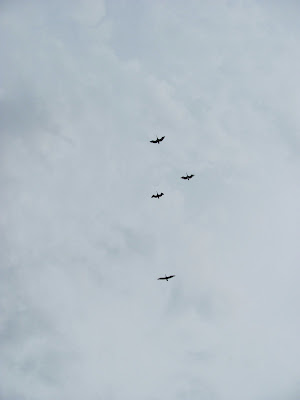 There were seabirds fishing offshore. I’m not sure if that was a good thing or a bad thing. Mostly the beach felt dead. Scraped to the bone. More than once. 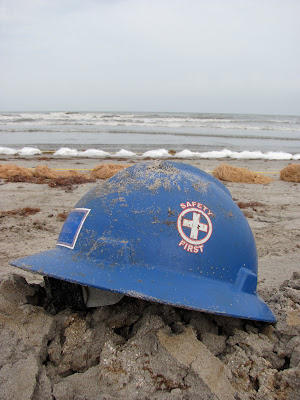 And then there was the detritus of clean-up. Lots of it. Some of which will make its way into the waters. Yet more plastic/oil pollution. 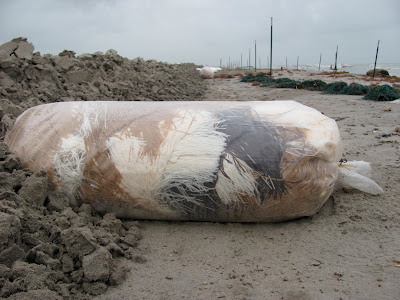 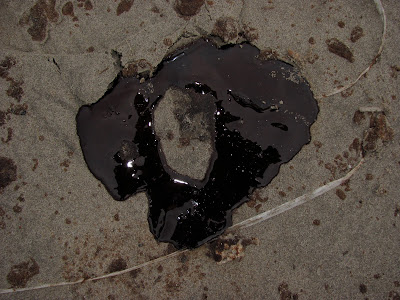