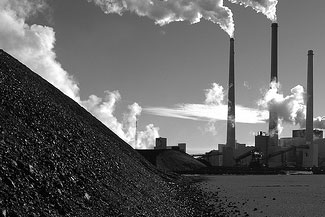 No sooner had Obama made his Oval Office energy speech last week than the pundits were comparing him to Jimmy Carter, saying his Debby Downer message was just like the so-called “malaise speech” in which Carter tried to wise up the populace to the energy mess. The Sunday morning pontificators were falling over each other to make the comparison yesterday, and even Der Spiegel ran an article asking “Will Obama Be the ‘Jimmy Carter of the 21st Century’?”

I’m not even going to try to weigh in on that question. But I am old enough to remember the”malaise speech,” which was not quite the speech that’s now being depicted by the pundits. Carter’s speech in July 1979 decried American reliance on foreign oil and proposed fresh departures into alternative energy. One of its main points was to seek creation of a new energy corporation to back alternatives fuels. There were some nods to solar energy and other renewable sources, but the real push was toward the oxymoronic”clean coal” in the form of coal gasification and liquefaction, along with the mining of oil shale, which is one of the most environmentally destructive energy extraction methods ever invented.

Carter’s speech followed the Three Mile Island nuclear accident, and as much as anything else was occasioned by the pressure he was under from the public outcry which followed that near-catastrophe. In addition, the OPEC oil embargo of the early 1970s was still a not-too-distant memory. So nuclear energy was effectively shelved, oil held more or less steady, and the biggest winner was the cheap and plentiful homegrown energy source: coal. Once scorned for its destructive strip-mining and filthy emissions, coal suddenly didn’t look so bad when compared with the risk of radiation poisoning—especially if it could be greenwashed and rebranded as a”clean” energy source.

The upshot of it all was hardly an energy “malaise’,” nor did it result in a major change in energy policy. Instead, it was a slight shift in strategy—a reshuffling of the cards. And in the end, it was the same old same old: The fossil fuel solution in a slightly different package.

There, most likely, is where we’ll see a real parallel between Carter and Obama: If the BP spill is Obama’s Three Mile Island and the Iraq War his OPEC embargo, his reaction to these crises will probably echo Carter’s: coal, coal, and more coal. The president has long declared himself a fan of coal, and back in February—before BP’s well exploded—he issued a presidential memorandum ordering a special task force to move forward with the questionable technologies that are supposed to render coal “clean.” As David Sassoon wrote at the time on SolveClimate:

Obama’s executive office memorandum looks like a big victory for the coal industry, which was already handed $3.8 billion in last year’s stimulus act for carbon capture and storage (CCS) research and development and deployment. He did not simultaneously order a similar plan for a big roll-out of solar or wind energy to level the playing field.

Making good on campaign promises, the president is throwing the full weight of his administration behind a moonshot effort to make coal the”clean” energy technology of choice and open a federal pathway to a profitable future for one of the nation’s most polluting industries.

Three factors have cemented Obama’s support for carbon capture and sequestration technology: political necessity, economic opportunity and the backing of some of the most powerful mainstream environmental organizations operating inside the Beltway.

If Obama’s support for coal was “cemented” before the BP disaster, I’d be willing to bet he loves it even more after spending some time with the dead birds and tar balls on the Gulf Coast.