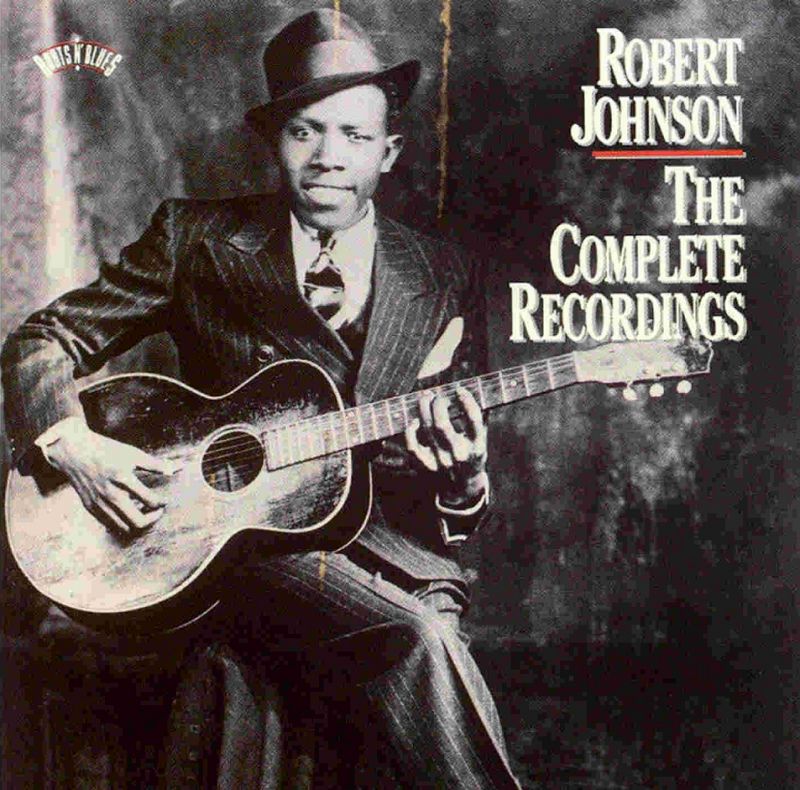 As a fact-checker, there’s nothing more frightening than writing about Robert Johnson, the great delta-blues musician responsible for “Me and the Devil Blues,” “Sweet Home Chicago,” and “Crossroad.” That’s because confirming almost any detail from his life is an impossible task. Except for some scratchy photographs and a handful of recordings, we know next to nothing for certain about the man.

Take the story of how he got so good at the guitar: It is said that he sold his soul to the devil at a crossroads in Mississippi. I tried to confirm this, but the Devil hasn’t returned my phone calls—and frankly, I don’t think his secretary is even giving him my messages anymore. As Martin Scorsese once put it, “he was pure legend.” Luckily, there is at least one man who can still tell us a thing or two about Johnson. That would be David Honeyboy Edwards, a friend of Johnson’s, and one of the last living connections to the man. Barely. He turns 95 next Monday.

Edwards’ own career is reason enough to celebrate his birthday. He has played with nearly every blues great from Howlin’ Wolf to Lighnin’ Hopkins to Muddy Waters. He is a blues great. And over the next week, you should be sure to check out some of his music to prepare yourself. But—again from a fact-checker’s perspective—he is almost certainly the only surviving eyewitness to one of the most enduring stories of Johnson: that of his death.

As the story goes, Robert Johnson met his end in 1938 at the bottom of strychnine-laced bottle of whiskey. He was playing a county dance in Greenwood, Mississippi, when a woman gave him a poisoned drink. In some versions, the woman is the wife of a jealous bar owner who tricks her into poisoning Johnson. In others she is his own jealous lover. Johnson’s mom recounted what she heard of her son’s poisoning to Alan Lomax: “Some wicked girl or her boyfriend had give him poison and wasn no doctor in the world could save him, so they say.”

Johnson’s mom goes on to describe the moment of his death:

When I went in where he at, he layin up in bed with his guitar crost his breast. Soon’s he saw me, he say, “Mama, you all I been waitin for.” “Here,” he say, and give me his guitar. “Take and hang this thing on the wall, cause I done pass all that by. That what got me messed up, Mama. It’s the devil’s instrument, just like you said. And I don’t want it no more.” And he died while I was hangin his guitar on the wall.

Many blues historians say that this is just another myth surrounding Johnson. And that claim certainly has some backing. The man who owned the property where Johnson died supposedly wrote that the cause of death was complications from syphilis. Another popular theory has it that Johnson died of Marfan Syndrome—a connective tissue disorder.

That would probably be enough to dismiss the story of poisoned whiskey entirely if it weren’t for one thing: Edwards claims he was there. And as he tells it, Johnson was poisoned by his lover’s jealous boyfriend. “This man had a good looking woman, and he didn’t want to lose her. And Robert was about to take her away,” says Edwards. So, he adds, the man put a poison-laced pint of corn whiskey on the chair next to Johnson as he played. Soon Johnson began feeling sick and Edwards took him to the home of a friend. A few days later he was dead. “Robert loved whiskey and women…and some women you got to leave alone, you know what I mean?”

We do, Honeyboy. We sure do. And from all the fact-checkers out there, happy birthday, and thanks for sticking around to give us all some hope that a few of the myths surrounding Johnson’s life just might have a grain of truth to them.