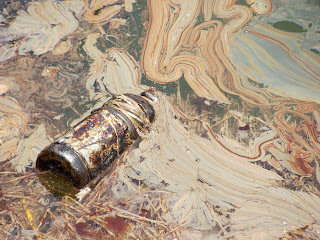 Barataria Bay, Louisiana. There was a lot of oil when I traveled into the bay today. Sadly. 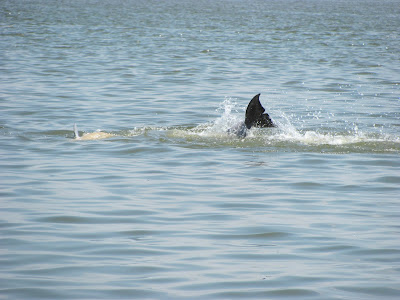 In the waters bottlenose dolphins favor—the turbulent waters running between islands and through passes, where rip tides set up lots of crazy seas—the oil collected in frothy current lines. 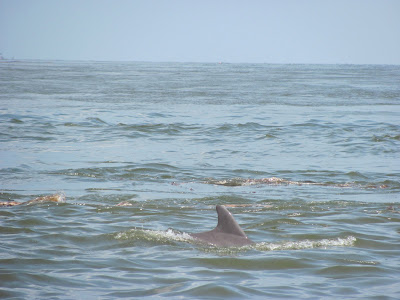 The dolphins congregated in these waters—even though fouled (the brown muck lines behind this dolphin were oil)—probably because it’s what these dolphins have always done. And probably also because it’s where the fish still were. These dolphins were swimming in poisonous water, inhaling particles and mist, certainly getting it in their eyes, ears, mouths, and internally. Truth is, there was nowhere else for them to go. All the waters around as far as we could see were oiled. 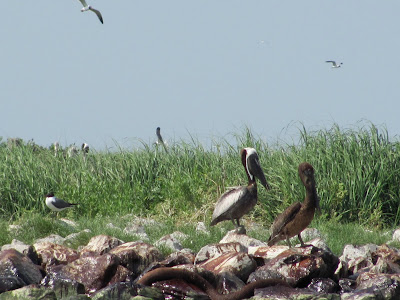 Brown pelicans—just recently removed from the endangered species list—were returning to their nesting islands even though the shorelines were covered in oil. Note the shiny oiled rocks and the saturated absorbent boom laying across the rocks. The pelican on the right was heavily oiled and struggling to preen himself/herself. 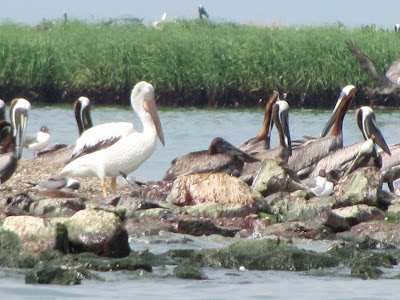 Only one white pelican remained out of about 15 healthy birds I saw on this same spit on this same island about a week ago. But since then, heavy oil has come back through. White pelicans are not solitary birds. They fish cooperatively and hang out together. This pelican was still looking white—even though the water all around Queen Bess Island was oiled. 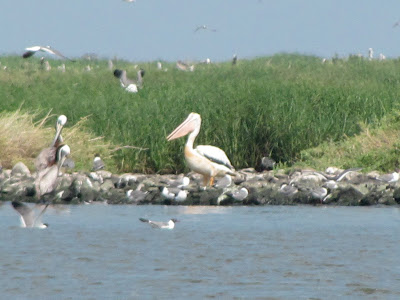 But just around the corner there was another unusual solitary white pelican and, even from a distance (the containment booms were keeping us away), we could see this bird was oiled on the chest feathers and the gular sack. Which makes sense, since white pelicans don’t dive, but fish by scooping prey from the water while floating on it. Most of the pelicans we saw on Queen Bess had visible oil at least on their chest feathers. Even a relatively small amount of oil may well prove lethal since the birds will ingest it while preening. And all an oiled bird wants to do is preen. 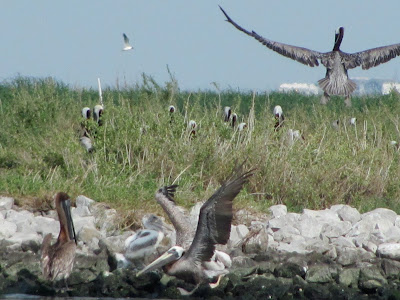 Many of the oiled pelicans were obviously stressed, with their wings open, or obsessively preening. You can just make out the  two pelican chicks in the background on the black rocks. They were also oiled. 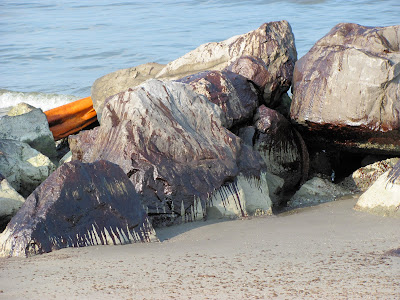 The rocky shorelines on all the islands around here were covered with oil that had pooled up between the rocks. 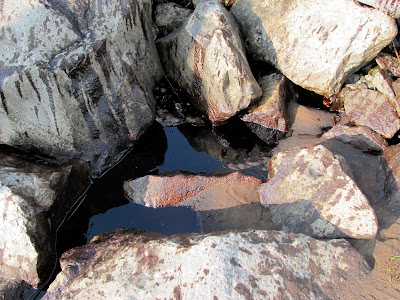 This was the Hersey’s syrup variety of oil. 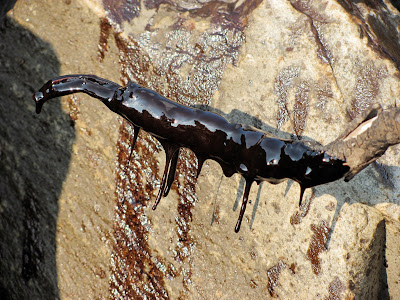 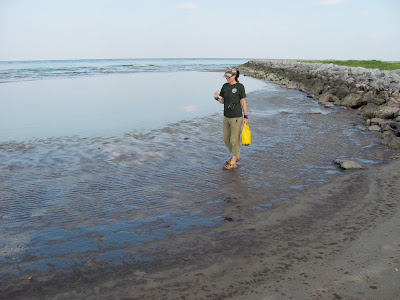 The shallow waters and sandy beaches on the eastern end of Grand Isle were also badly oiled today. 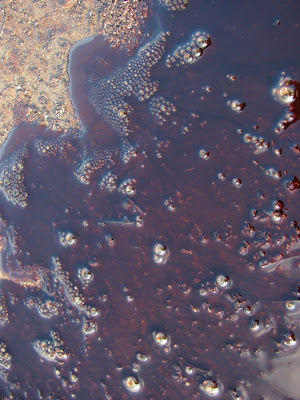 Some of it was still volatile, bubbling with methane. Even though it probably seeped out of the well a month ago. 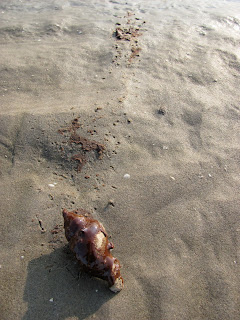 On one beach alone hermit crabs by the hundreds were fleeing the waters. You can see this one’s tracks up the beach. They were fleeing but it was no good. They were all dying from exposure to oil or dispersant or both. 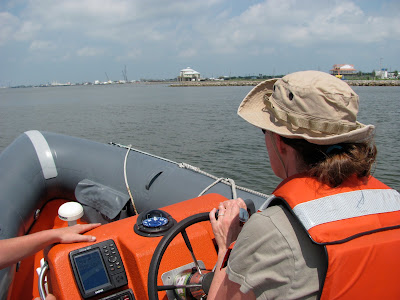 Many, many thanks to the Greenpeace crew—Dan, Katie, Kate, Rick, and Molly—for allowing me to join them on the water today. It was a privilege to sail with them.