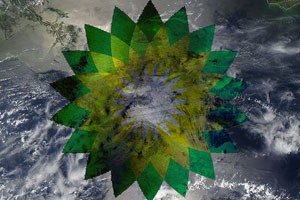 Attorney General Eric Holder said last Thursday that the Justice Department’s criminal investigation into the Gulf oil disaster may cast a much wider net than just BP. “There are a variety of entities and a variety of people who are the subjects of that investigation,” Holder said in an interview with CBS’s Bob Schieffer, “For people to conclude that BP is the focus of this investigation might not be correct.” The investigation, he said, is “ongoing,” and he hinted it may extend beyond just the companies involved in the Deepwater Horizon. There’s a “certain commonality of the way oil companies had been operating” in the Gulf,” he noted.

Possible investigations into the other oil companies notwithstanding, here’s what we know about the possible targets of the DOJ probe:

BP: Operator of the Deepwater Horizon rig. In the weeks since the explosion, much has come to light about what may have led to the disaster—reports of ignored warning signs, cut corners, and neglected procedures. Other oil giants have thrown BP under the bus, arguing that the company violated all kinds of industry standards. BP has said it will cover all “legitimate claims” related to the spill and put up $20 billion for an escrow fund, but has also tried to deflect blame to its partners in the Deepwater operation.

Transocean: Owner of the Deepwater Horizon rig and the biggest offshore drilling company in the world. The company, now based in Switzerland, has been accused of human rights abuses in Myanmar, tax evasion, and abuse of the legal system. It has also been criticized for shirking responsibility for the explosion, first by invoking an obscure, 159-year-old maritime law to minimize the amount of money it might have to pay out resulting from the spill to just $27 million. Then it was targeted for transferring $1 billion to shareholders on May 14. Transocean was also operating the Deepwater Horizon under the Marshall Islands flag—yes, the poor island nation with a population the size of Oshkosh, Wisconsin—to avoid US regulations. The company has also claimed that according to the contract with BP, it’s only responsible for surface spills, not underwater.

Anadarko Petroleum Corp.: This Houston-based petroleum company held a 25 percent share in the Macondo well. BP’s agreement with Anadarko says that each company has responsibility for damages in proportion to their share of the well, unless an incident is found to be the result of “gross negligence or willful misconduct” on the part of one partner. When BP requested a $272 million contribution to help cover the costs of the spill in June, the company refused, arguing that it was BP’s “reckless decisions and actions” that caused a “preventable” accident.

Mitsui Oil Exploration Co.: This Japanese company also had a 10 percent stake in the well, and so far hasn’t responded to BP’s request to help pay for the cleanup.

Halliburton: The infamous oil field services giant was responsible for pouring the cement for the well, which has been targeted as a probable cause or contributing factor in the explosion. Transocean has pointed to a bad cement job as the cause of the blowout. But Halliburton has said in public comments that they were just following orders from the well-owner, BP. The company has also said that its contract with BP insolated it against “all potential claims and expenses” (unless, of course, it is found to be grossly negligent).