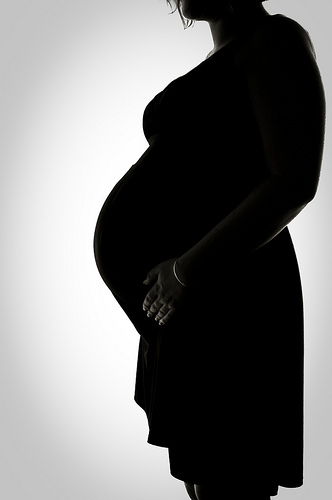 Several Republican Congressmen, including Jon Kyl (Ariz.), Mitch McConnell (KY), and Lindsey Graham (SC) have been calling for revisions or hearings on the 14th Amendment, which grants US citizenship to any child born on its soil. Even Arizona’s John McCain (who was born in Panama, by the way) has  agreed, if reluctantly, that having Congressional hearings on the 14th would be a good thing. I might believe they were genuinely concerned about the Constitution (rather than attracting a conservative base for upcoming elections) if it weren’t for the virulent racism and sexism underlying the statements of many with their eyes on the 14th.

Case in point: According to an email circulated by Arizona state Senator Russell Pearce, undocumented immigrant women don’t “give birth” or “have a baby” or “start a family”: they “drop” a child. “If we are going to have an effect on the anchor baby racket, we need to target the mother. Call it sexist, but that’s the way nature made it. Men don’t drop anchor babies, illegal alien mothers do,” read the email. One California activist called it “invasion by birth canal” and Sen. Lindsey Graham said that: “They come here to drop a child. It’s called ‘drop and leave.'”

The use of the word “drop” by 14th Amendment revisionists is deliberate. Not only does one “drop” anchor, the word “drop” is also used when animals give birth. Mares will “drop” a foal, for example, or you can buy a “drop calf”: one that’s been taken from its mother shortly after birth. Women only “drop” a baby when the fetus descends into the pelvis, or they physically lose their grasp of on an infant. Equating women, regardless of their legal status, with farm animals is just plain offensive.

The theme of controlling which babies get to be US citizens and which don’t has an unsettling connotation of regulating which women get to give birth here and which don’t. The idea of immigrant women using their fecundity as a weapon isn’t just a conspiracy theory, either. Arizona’s J.D. Hayworth, who is running against John McCain, has contended that women from all over the world are using their fertility as a weapon, craftily timing their pregnancies so they can give birth in the US to a “new birthright citizen [who] will have access to a phalanx of American benefits, courtesy of you and me and other American taxpayers.” In a similar vein, Ron Paul said in 2008 that “we should not be awarding automatic citizenship to children born here minutes after their mothers illegally cross the border.” Rep. Gohmert (R-Tex.) fears these pregnant immigrants may be literal terrorists: “They would have young women, who became pregnant, would get them into the United States to have a baby… And then they would turn back where they could be raised and coddled as future terrorists. And then one day, 20, 30 years down the road, they can be sent in to help destroy our way of life.”

Twenty to thirty years? Talk about running a long con. Luckily for politicians, elections are right around the corner. I’m with David Graham at Newsweek who doesn’t think politicians are serious about repealing the 14th, but they would very much like to get some of the good conservative PR calling for hearings on it will garner. And even if they are serious, they have a very long and ugly road. Illinois Rep. Luis Gutierrez told Newsweek, “It seems inconsistent to me that politicians who are pro-life and pro-family are also pro-deportation for newborns…”