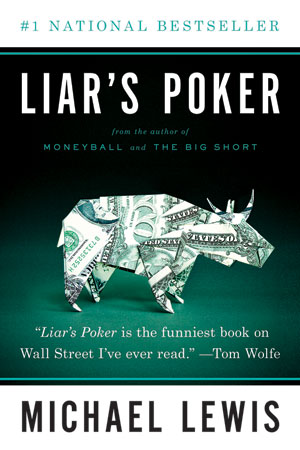 You may remember him from Michael Lewis’ 1980s Wall Street classic, Liar’s Poker: Lewie Ranieri, the godfather of the mortgage-backed security, who spent his days raking in billions while chomping cheeseburgers for the once-mighty Solomon Brothers. (I’m sure Ranieri’s sick of people recounting his ’80s exploits by now.) As the Wall Street Journal reports today, Ranieri has made, in some ways, quite the reversal: He now leads an outfit called Selene Residential Mortgage Opportunity Fund, which buys up mortgage loans at a massive discount and works with the borrower to keep them in their home via lowered interest rates or reduced principal. Ranieri’s fund is essentially doing (albeit on a smaller scale) what the Obama administration’s Home Affordable Modification Program was supposed to do: modifying mortgages and stopping foreclosures.

But Mr. Ranieri isn’t your typical miracle worker. As a fund manager who was once vice chairman of the bond-trading firm Salomon Brothers, he’s a member of the Wall Street crowd that is often pilloried for helping inflate the housing bubble, though he sat out the excesses of recent years. The 1989 book “Liar’s Poker” made him famous for billion-dollar trades in mortgage bonds and junk-food “feeding frenzies” with his trading-desk buddies.

As the nation struggles with the worst foreclosure crisis since the 1930s, Mr. Ranieri’s investment fund and others like it are emerging as the best hope for the roughly seven million U.S. households behind on their mortgage payments. Nimble, flush and willing to strike deals with borrowers, these funds have an edge over banks and other lenders that can be mired in bureaucracy and hampered by government rules about which loans can be renegotiated and how.

Selene’s approach to modifying loans is a lot more sustainable than the administration’s. Whereas Obama’s HAMP has resulted in little reduction of the principal amount owed—the best way to help struggling homeowners (which the administration well knew)—nearly 90 percent of all Selene modifications involve principal reductions, the Journal found. That means homeowners are far less likely to re-default on their modified mortgage; in HAMP, the re-default rate is anywhere from a staggering 60 percent to 75 percent, according to analysts.

What’s more, Lewie Ranieri and his team aren’t doing this out of charity, either; they see loan modifications as a profitable venture:

If a delinquent loan can be turned into a “performing” loan, with the borrower making regular payments, the value of that loan rises, and Selene can turn around and either refinance it or sell it at a profit. Mr. Ranieri declines to discuss the fund’s performance. But one of the shareholders, the Public Employees Retirement Association of New Mexico, reported that its holdings in the fund had a market value of $19.8 million as of June 30, up from $18 million in late 2008. That excludes distributions of profits to shareholders in the funds.

The only catch with Ranieri’s operation is that it’s at a far smaller scale than HAMP. The fund told the Journal that it had modified “thousands” of loans so far, a small fraction of the total delinquencies in the US. (According to most recent data, 6.67 percent of all borrowers are 60 or more days behind on their mortgage.)

Still, given the success Ranieri’s had so far, I hope the folks over at the Treasury Department, and at Fannie Mae and Freddie Mac, are taking notes.