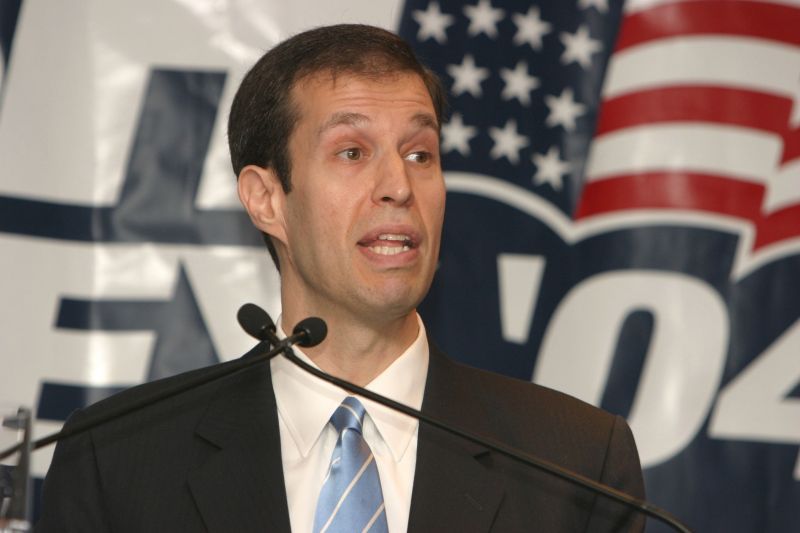 Well, big surprise. Ken Mehlman is gay. And now the former Republican Party chairman says he yearns to be a gay-marriage advocate. But Mehlman, who headed George Bush’s 2004 re-election campaign, is a little late to the wedding party, and he’s getting a frosty reception in some quarters of the gay rights world–for good reason.

Mehlman was outed years ago not just by gay activists appalled by his party’s electoral strategy, which included vicious attacks on gays and lesbians, but by other gay Republicans. During the 2004 presidential campaign, the Bush reelection effort and the GOP used anti-gay marriage initiatives in key states, such as Ohio, to enhance their electoral prospects. The party continued to whip up anti-gay sentiment after Melhman assumed the helm of the Republican National Committee. Meanwhile, rumors about his sexuality persisted. (After a 2005 Republican Party dinner in Ohio attended by Mehlman, one local gay Republican attendee told the Gay People’s Chronicle that while Mehlman didn’t quite admit publicly that he was gay in response to questions about his sexual orientation, “as long as he’s sleeping with men behind the scenes, that’s all I care about.”) Mehlman’s hypocrisy is legendary on this front.

Mehlman is hardly the first big-league Republican to come out of the closet. Last year, longtime GOP political consultant Arthur Finkelstein, a highly secretive down-and-dirty political operative who helped orchestrate the rise of notorious gay basher, North Carolina Senator Jesse Helms, shocked the politerati by marrying his partner of 40 years in a civil ceremony in Massachusetts. (Prior to that, there had been merely unconfirmed rumors about Finkelstein’s orientation.) Fred Karger, a long-closeted California political consultant who helped devise the Willie Horton campaign against Michael Dukakis during the 1988 presidential campaign, came out a few years ago, and he has become a prominent gay rights advocate, as we explained in this article earlier this year. But unlike Mehlman, Karger never worked for the extreme social conservatives of his party or promoted gay-bashing electoral strategies.

Given Mehlman’s particular record, many gay activists believe he has lots of apologizing to do, and not all of them are ready to link arms with the guy. In a post headlined, “Repulsive Anti-Gay Quisling Homophobic Scumbag Asshat Closeted Former RNC Chair Ken Mehlman Has Come Out,” gay blogger Joe.My.God writes, “Mehlman’s crimes against his own people are motherfucking LEGION….We can be sure that GOProud and the Log Cabin Republicans [organizations of Republicans who support gay rights] are positively drooling over the prospect of welcoming Mehlman onto their boards of directors. VOMIT.”

Michael Rogers, who outed Mehlman six years ago, writes a blistering post suggesting that gay rights activists should wait before embracing Mehlman as one of their own:

And then there is one other little thing. You see, while you and I had the horrible feelings of being treated so poorly by our President, while teens were receiving the messaging ‘gay is bad’ giving them ‘permission’ to gay bash, while our rights were being stripped away state by state, Ken was out there laughing all the way to the bank. So, if Ken is really sorry, and he very well may be, then all he needs to do is sell his condo and donate the funds to the causes he worked against so hard for all those years. He’s done a lot of damage to a lot of organizations, while making a lot of money. A LOT of money. It’s time to put his money where his mouth is. Ken Mehlman is sitting in a $3,770,000.00 (that’s $3.77 million) condo in Chelsea while we have lost our right to marry in almost 40 states.

THEN, and only then, should Mehlman be welcomed into our community.

Perhaps Mehlman should go one more in his quest for atonement (should he decide to atone, that is). Karger, the gay former GOP consultant, is running for president as a Republican. Needless to say, the party hasn’t rallied around his historic, if exceedingly long-shot, campaign. Mehlman could join Karger’s campaign staff, or at least raise money for him. Karger, who is vacationing in Martha’s Vineyard and schmoozing with the White House press corps to advance his campaign, emails that he’d already been planning to ask Mehlman for assistance before the news broke. After all, he notes, there aren’t that many gay, Jewish Republicans. Now that Mehlman has come out, Karger is more than happy to welcome him to the fold–and to his campaign, saying, “Ken, I need your help!”