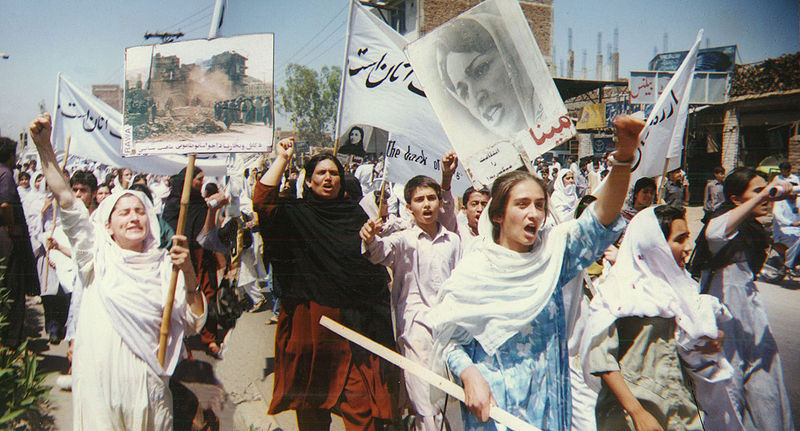 Time magazine’s editor, Richard Stengel, took a lot of crap last week for approving a cover image of 18-year-old Bibi Aisha, an Afghan woman whose nose and ears had been hacked off by her Taliban husband. The picture’s context was the real source of dissension. Just below Aisha’s chin sat the cover line: “What Happens if We Leave Afghanistan.” (Note the “if,” rather than a “when.”) Amid talk of a US withdrawal and a possible detente between Afghan president Hamid Karzai and Talib leadership, Time wove Aisha’s story into a larger narrative detailing the Taliban’s brutal treatment of women. “They are the people that did this to me,” she told the magazine. “How can we reconcile with them?”

In a press release Saturday morning, the guerrilla group (still calling itself the Islamic Emirate of Afghanistan, the title it gave the diplomatically isolated country when it ruled Kabul) argued that Time‘s “barbaric” story violated journalism’s professional code of ethics, as it was “a fabrication by the Americans, who are publishing these lies to divert attention of the people from their clear and disgraceful defeat.” The release went on to claim that it ain’t Afghanistan that’s got a women’s rights problem:

America which claims that it needs to protect and liberate Afghan women, to this we say, if there is any place on the earth were women need to be protected and treaty with dignity it is in America, were close to half a million females are raped each year, keeping in mind that more then 50% rapes are not reported. [sic x 5]

What followed were nearly 2,000 words citing stats from the CIA, the Centers for Disease Control and Prevention, and the New York City Gay and Lesbian Anti-Violence Project—among others—as evidence that the US is a heinous den of spousal abuse, date rape, human trafficking, civil-rights violations, and same-sex domestic violence. (This latter, from the group that banned homosexuality in Afghanistan, despite tacit acceptance of gay interactions in local tradition.)

Also name-checked in the Taliban broadside: ex-KBR employee Jamie Leigh Jones, Sen. Al Franken (D-Minn.), The Daily Show with Jon Stewart, the US Army, inner-city Philadelphia, and journalist Helen Benedict—though that entire passage of the press release may be lifted from original sources, since the English suddenly gets a lot better and more complex.

Hard to say what the significance of this is. The Taliban are capitalizing on the valid Western criticisms of Time‘s story, since Aisha was mutilated just last year, the eighth year of US military intervention in Afghanistan. Fat lot of good that military presence did her.

And what of Aisha herself? The Taliban decry what was done to her, but cast aspersions on her account of the crime, since “this case has never been forwarded to any court or persons of Islamic Emirate of Afghanistan.”

For her part, Aisha is headed for reconstructive surgery to repair her mutilated face. In America. Hope she watches out for sexual predators; I hear the US is full of ’em.