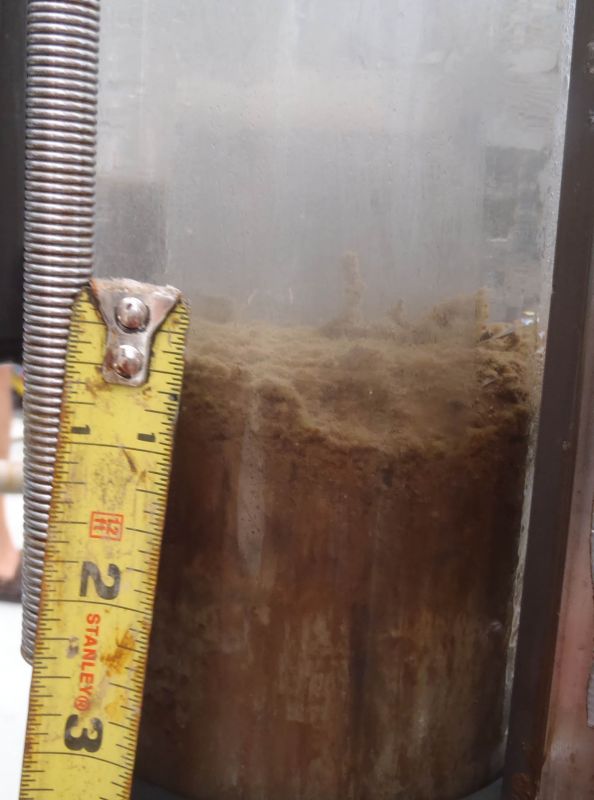 Remember that whole “Where’d all the BP oil go?” thing last month? As we’ve reported repeatedly, it didn’t all disappear: three quarters of the oil remains in the environment. In addition to the oil dispersed throughout the water or gathered in giant underwater plumes, scientists are now finding much of it appears to have sunk to the bottom of the Gulf.

Scientists on a research vessel in the Gulf of Mexico are finding a substantial layer of oily sediment stretching for dozens of miles in all directions. Their discovery suggests that a lot of oil from the Deepwater Horizon didn’t simply evaporate or dissipate into the water — it has settled to the seafloor.

The Research Vessel Oceanus sailed on Aug. 21 on a mission to figure out what happened to the more than 4 million barrels of oil that gushed into the water. Onboard, Samantha Joye, a professor in the Department of Marine Sciences at the University of Georgia, says she suddenly has a pretty good idea about where a lot of it ended up. It’s showing up in samples of the seafloor, between the well site and the coast.

Joye has been documenting the research on her blog as well. She notes that, in some places, her team has found oily material two inches thick. While it’s possible that the oil is from sources other than the Gulf spill, all indications so far indicate that the source “is not a natural seep.” Joye is not the first to report finding oil on the Gulf floor; researchers from the University of South Florida reported last month that oil has been collecting below.

This of course makes it even more clear that the government’s claim last month that the “vast majority” of the oil was gone in the Gulf is simply not true. By all indications, our understanding of where the oil went is still far from complete.