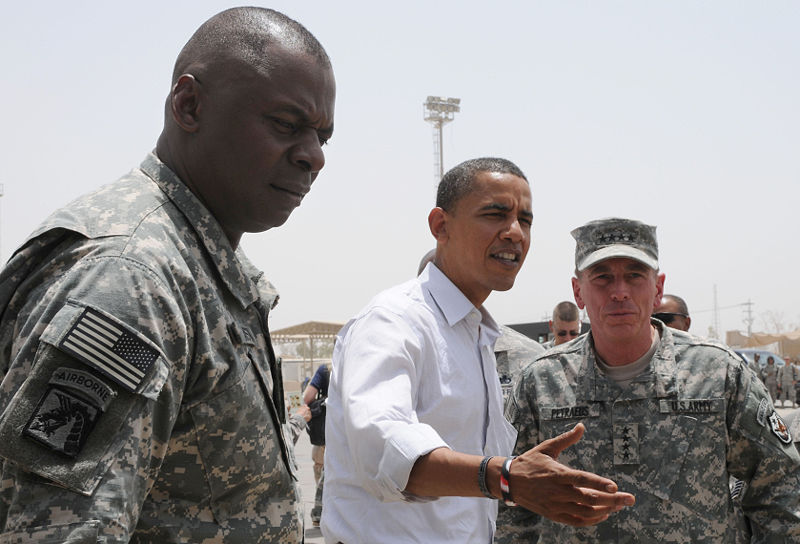 Not content to let General David Petraeus and American nonprofits have all the fun, the US ambassador and the top general in Iraq have joined to condemn a Koran-burning pastor in rural Florida as a threat to national security. (What does it say when a bunch of diplomats and military dudes become the paragon of religious and ethnic tolerance in America?)

Ambassador James F. Jeffrey and General Lloyd J. Austin III issued a joint statement Thursday calling out Terry Jones and his Dove World Outreach Center for their plan to spit-roast the revelations of the Islamic faith this September 11. Jones’ faux-Christian grandstanding started out as just one of those bad Inner America Islamophobic ideas, but it’s quickly become an international relations issue, stoking concerns that the Muslim world will see this single act as proof that all Americans are bigots…in much the same way that, you know, a lot of Americans like Jones think all Muslims are plane-jacking terrorists. You can see the infinite regress here.

Obviously, the consequences of some hateful American-Islamic flareup could be direr in Iraq and Afghanistan, where the US has a huge military presence…one that already hasn’t done much to help the image of Americans. As a result, Petraeus—who’s spent much of his tenure in the war on terror trying to convince Muslims that US citizens are a force for good, not evil—came out strongly against Jones’ bookburning last week, as did Secretary of State Hillary Clinton. And now in Iraq, Jeffrey and Austin are having their say. Here’s the full text of their statement:

The threat by an individual in Florida to burn the Holy Quran on Sept. 11 is, as Secretary of State Hillary Rodham Clinton has stated, disrespectful, divisive, and disgraceful.  As the U.S. Ambassador in Iraq and the Commanding General of U.S. Forces – Iraq, we are committed to President Obama’s vision of an enduring partnership between the government of the United States and the Government of Iraq and between our two peoples based on shared principles of democracy, tolerance and mutual respect.

As Secretary Clinton also said, “Acts of disrespect, hate, and intolerance do not represent the American way of life we support and defend, and do not reflect the shared values and mutual respect that unite Americans and people of the Middle East.  Such provocative acts are an insult to the American tradition of religious tolerance, serve only to fuel and incite violent extremism, and may place the lives of military and civilian personnel serving in the region at greater risk.”

As this holy month of Ramadan comes to a close and Iraqis prepare to celebrate Eid al-Fitr, we join with the citizens of Iraq and of every nation to repudiate religious intolerance and to respect and defend the diversity of faiths of our fellow man.