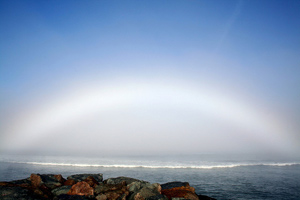 For indispensable reporting on the coronavirus crisis, the election, and more, subscribe to the Mother Jones Daily newsletter.
The Unseen Sea from Simon Christen on Vimeo.

I like fog more and more with every passing year. Comforting, moody, cool, quiet, private. 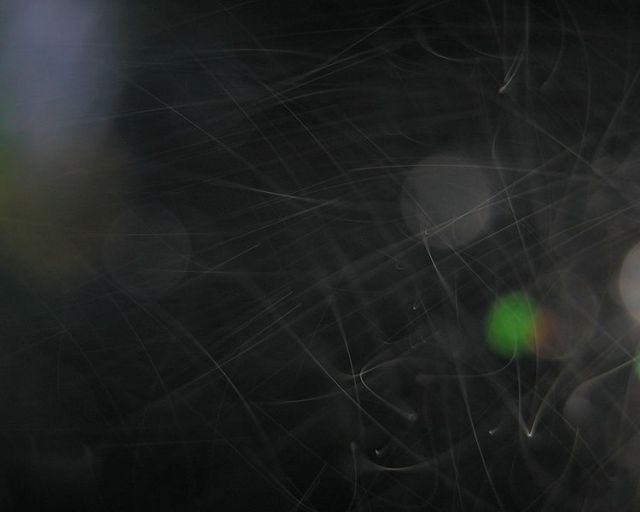 This image, courtesy Wikimedia Commons, is of fog droplets jumping around at just below freezing temperatures. 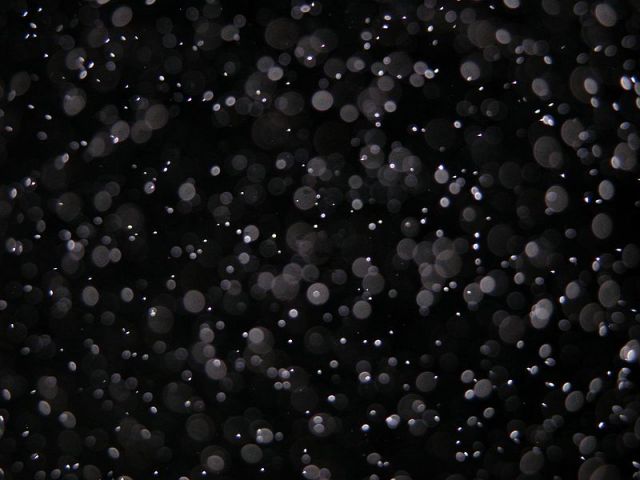 Here’s a high-speed image of the same fog, shot fast enough to slow the “particles” down and stop them in space. Like air champagne. 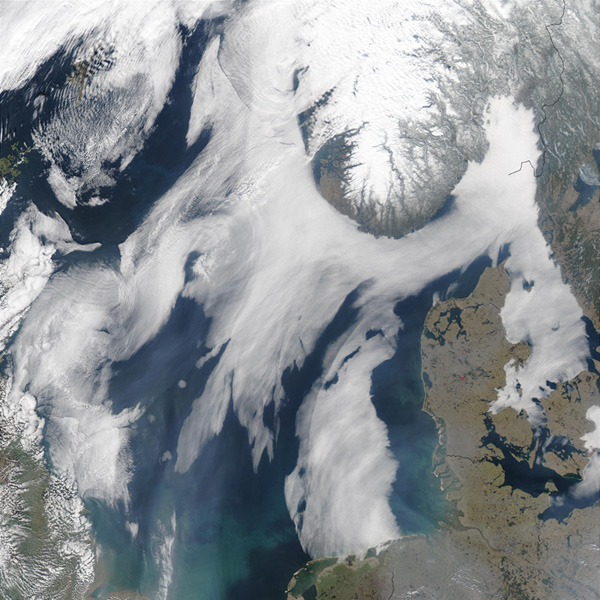 This beautiful true-color image posted by the Earth Observatory is of sea fog off Scandinavia in March 2003. 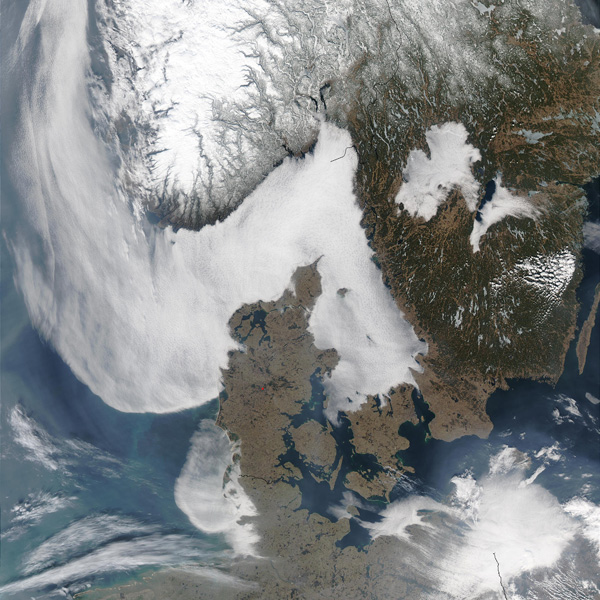 This one is too, from a day earlier. 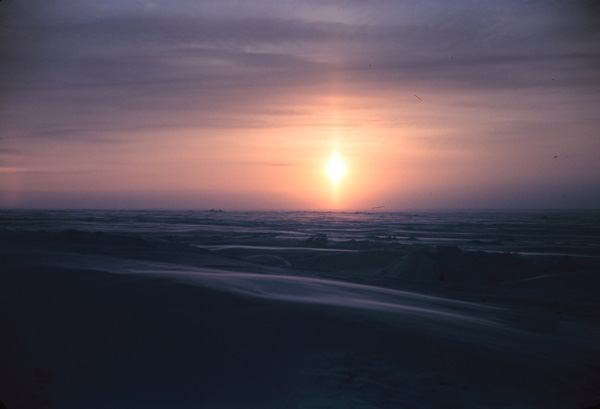 In really cold weather, usually below −35°C/−30 °F, ice fog might form. Sometimes ice fogs triggers light pillars, as seen in this photograph. What looks like a lens flare on the camera is actually a pillar caused by the reflection of sunlight from ice crystals that happen to have nearly horizontal, parallel, flat surfaces. Therefore it really is a lens flare, only the lens is our atmosphere.  The photograph was shot somewhere in the Arctic, courtesy NOAA. 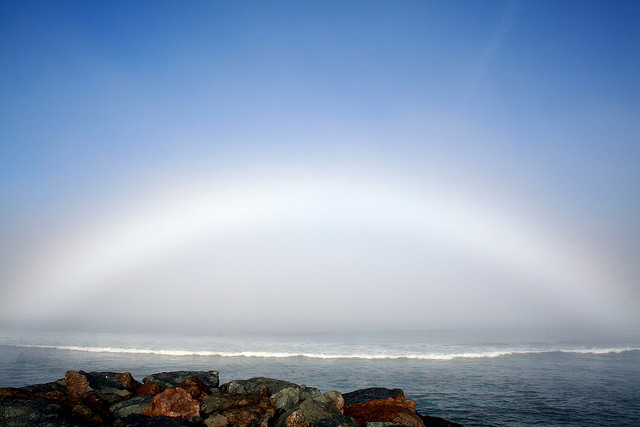 Some fogs make white rainbows, known as fogbows. Tecnically, a fogbow is just like a rainbow only made of  very small water drops less than 0.05 millimeter in diameter. Sailors call them sea dogs.

The droplets of a fogbow are so small, according to APOD (whence this photograph hails), “that the quantum mechanical wavelength of light becomes important and smears out colors that would be created by larger rainbow water drops acting like small prisms reflecting sunlight with the best angle to divert sunlight to the observer.” Writing like that is exactly the reason I have a job. 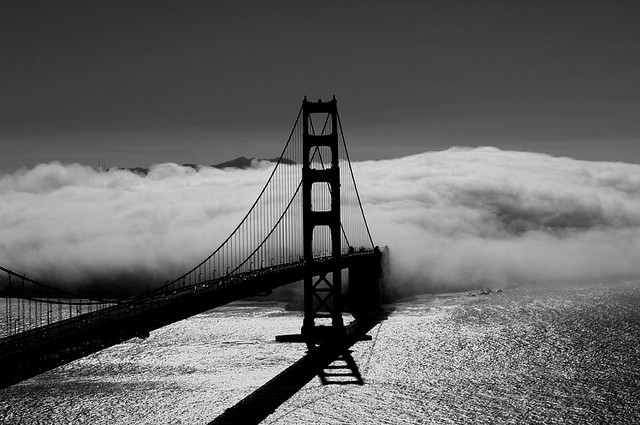 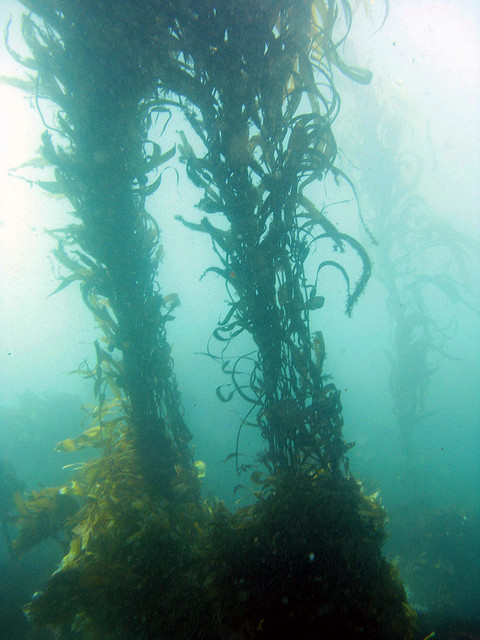 In a recent discovery, researchers from Scotland’s Dunstaffnage Marine Laboratory found that haar also condenses around the iodine particles released by kelp. The kelp emit iodine when stressed by sunlight and evaporation.

Here’s the abstract of the paper:

Brown algae of the Laminariales (kelps) are the strongest accumulators of iodine among living organisms. They represent a major pump in the global biogeochemical cycle of iodine and, in particular, the major source of iodocarbons in the coastal atmosphere. Nevertheless, the chemical state and biological significance of accumulated iodine have remained unknown to this date. Using x-ray absorption spectroscopy, we show that the accumulated form is iodide, which readily scavenges a variety of reactive oxygen species (ROS). We propose here that its biological role is that of an inorganic antioxidant, the first to be described in a living system. Upon oxidative stress, iodide is effluxed. On the thallus surface and in the apoplast, iodide detoxifies both aqueous oxidants and ozone, the latter resulting in the release of high levels of molecular iodine and the consequent formation of hygroscopic iodine oxides leading to particles, which are precursors to cloud condensation nuclei. In a complementary set of experiments using a heterologous system, iodide was found to effectively scavenge ROS in human blood cells. 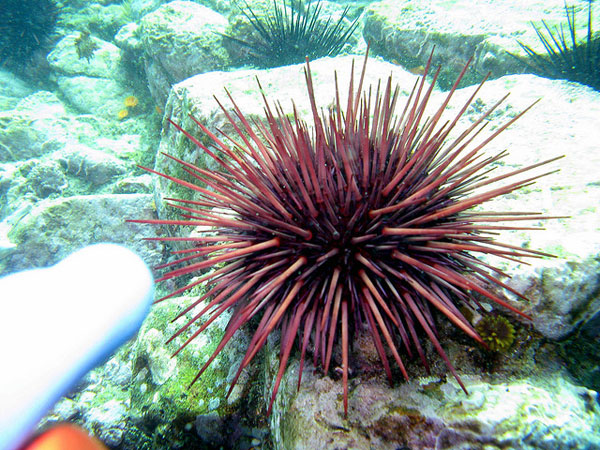 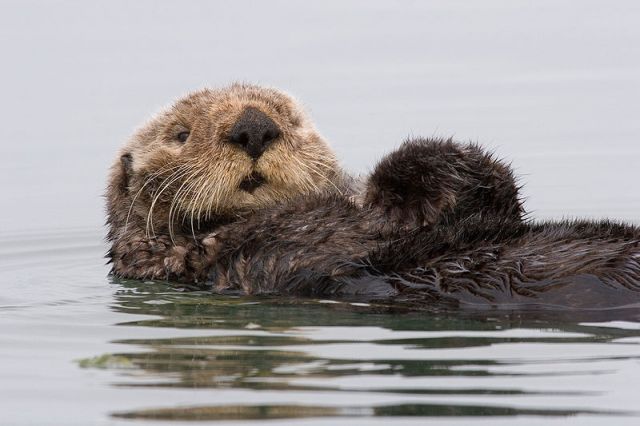