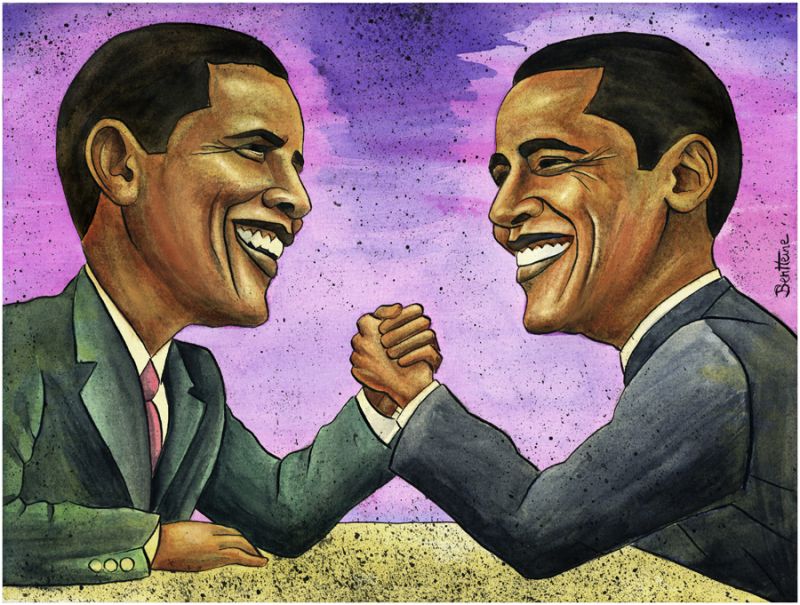 “Obama is a different race/class/party than me, therefore he’s more likely to be a different religion too, most likely Muslim.” That’s basically the thought process Michigan State University researchers found a recent study about people willing to accept falsehoods about the President of the United States. The study was lead by psychologist Spee Kosloff, who says that “Careless or biased media outlets are largely responsible for the propagation of these falsehoods, which catch on like wildfire… And then social differences can motivate acceptance of these lies.” Kosloff says another reason 18% of Americans believe Obama is a Muslim, despite evidence to the contrary, is a growing disillusionment with the administration. “When people are unsatisfied with the president,” Koslof says, “our research suggests that this only fuels their readiness to accept untrue rumors.”

Don’t expect the facts—like Obama attending church or saying he loves Jesus—to make a difference. An earlier University of Michigan study showed that even when presented with clear evidence to the contrary, people who were strongly political rarely changed their minds on issues. On the contrary, the new facts actually made misinformed beliefs stronger. As the Michigan studies discussed here both found, people do not base their beliefs on facts: they base their facts on beliefs, even when those “facts” are totally unfactual. Even worse, “misinformed people often have some of the strongest political opinions,” the Boston Globe reported, when discussing the Michigan study on facts and beliefs. Yet a third study, this one from the University of Illinois, showed that those who were the most uninformed were the most certain their beliefs were factually correct.

Unfortunately for Democrats this November, researchers have found that conservatives are more likely to cling to their misinformed beliefs more strongly after being presented with contradictory information: liberals, on the other hand, simply ignore the new information and hold onto their misinformed beliefs at about the same strength as before. All this means that the misinformation that’s out there is nearly impossible to stamp out. You can’t change a person’s beliefs with facts: you have to change their feelings first, and then the facts will be accepted. Seems that winning hearts and minds shouldn’t just be a war campaign: it should be an election slogan. Win the heart and the head will follow, all the way to the voting booth.