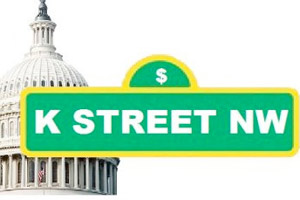 Ever heard of Representative Dave Camp (R-Mich.)? No? K Street sure has. For months, lobbyists and outside spending groups have been preparing for a Republican takeover of Congress by pumping cash into GOP campaigns. But they’re devoting special attention to the real centers of potential power: likely picks for key congressional chairmanships.

Count veteran lobbyists like former Senator Bob Dole and accounting giant Ernst & Young among the eager many lining up to wine and dine Rep. Camp. The New York Times reports that the congressman is poised to ascend to the chairmanship of the tax-writing House Ways & Means Committee if the GOP takes back the House, “transforming this low-key conservative Republican almost overnight into one of the most powerful men in town.”

Of course, no one knows for sure that the Republicans are going to be calling the shots after November 2nd. But that hasn’t stopped military industry groups—upset over spending cuts proposed by the Obama administration—from backing Republicans like California’s Howard McKeon, a possible pick for House Armed Services chair. Here’s the Times on that relationship:

For his 2008 campaign, Mr. McKeon collected $86,000 from the military industry for his political action committee and re-election bid. This time, even before the two-year election cycle is over, he has pulled in nearly $400,000, and has emerged as the top recipient of money in both the House and the Senate from military contractors like Lockheed Martin and Northrop Grumman.

Recognizing the enormous power Mr. McKeon could soon have in helping shape Defense Department policy and spending, military contractors are teaming up with his office to form a new association of military suppliers they are calling the Aerospace Defense Coalition of Santa Clarita Valley, to make sure he can deliver as much money as possible to his district in California, where several of the big contractors already have large operations.

Meanwhile, energy lobbyists are lining up to back Washington’s Doc Hastings, a strong critic of Obama’s moratorium on new drilling, for Natural Resources Committee Chair. This year, he’s collected a tidy $70,000 from the energy industry.

Buying influence during a campaign is a big part of what lobbying and trade groups are built to do. Campaign donations are a great way to ensure access to candidates—and when there’s a change in partisan control, the people who it’s most important to have access to change, too. You can bet that if the Republicans were in power and the Dems were poised to take over, lots of lobbyist money would be flowing in the exact opposite direction that it is today.