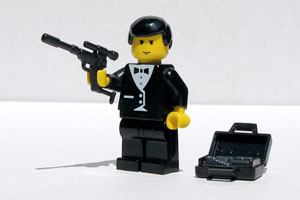 Lest readers complain that this blog never reports good news, I want to pass on a bit of it. Later this week (or perhaps next), President Obama will sign an Intelligence Authorization Act that expands congressional oversight of covert government actions. Normally, a small group of legislators known as the “Gang of Eight”—the top leaders of both parties in the House and the Senate, as well as the chair and ranking member of both chambers’ intelligence committees—are supposed to receive detailed briefings on covert actions. Now, the intelligence community will also be required to provide “general descriptions” of such actions to every member of both the House and Senate intelligence committees.

Even the ACLU, which has slammed the Obama administration on any number of issues, likes this bill. “This policy will ensure that this and future administrations are more accountable. It will also serve as a check on the ‘Gang of Eight’ and the intelligence committees as they will no longer be able to claim ignorance of national security programs as they have in the past,” Laura Murphy, the director of the ACLU’s Washington lobbying shop, said last week.

What remains to be seen is how the new briefing rules will work in practice. The CIA itself has admitted flaws in the process. Last May, House Speaker Nancy Pelosi launched a political controversy by claiming the CIA had lied to her in 2002 briefings about so-called “enhanced interrogation techniques.” That June, in response to Pelosi’s claim, the CIA Inspector General’s office conducted a review of the agency’s congressional briefings. It [PDF] found that while members of the CIA division responsible for interrogations repeatedly claimed that Pelosi and other members of Congress had been “fully briefed,” they never “provide[d] specifics about those briefings, nor did they source their assertions.”

That July, CIA director Leon Panetta reportedly told a closed-door session of the House intelligence committee that the CIA had failed to tell Congress about a number of “significant actions” between 2001 and June 2009. In a letter to Pete Hoekstra, the ranking Republican on the committee, chairman Silvestre Reyes wrote that the panel “has been misled, has not been provided full and complete notifications, and (in at least one occasion) was affirmatively lied to” by the agency.

So to wrap up: it’s a good thing that the congressional briefing rules are getting tougher. But there’s nothing to stop the CIA from misleading, failing to notify, or simply lying to Congress unless members take affirmative measures to force the intelligence community to play by the rules. That would start with holding the people responsible for the incorrect, misleading, or false Bush-era briefings accountable for their actions. If people know there are no consequences for breaking the rules, they’re much more likely to break them.