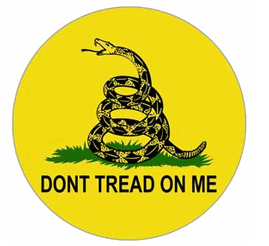 Denver, Colorado—Jim Maser, “the pin man,” is to-the-point when I ask him why he sells his collection of conservative buttons at tea party rallies: “Capitalism.”

Jim’s not your typical tea partier. He’s quick to point out, for instance, that the proposed Islamic community center in lower Manhattan is just that—”Look, I know it’s not a mosque”—and says he wouldn’t really have a problem with it at all if it weren’t so blatantly pegged to 9/11. Amid a sea of “We the People” and “Don’t Tread on Me” banners at the 9/12 rally on the steps of the state capitol, he’s wearing a plain white polo shirt and khaki shorts. He is, in other words, all business.

Before the Democratic Convention came to Denver in 2008, Jim just stuck to sports (right there on his card it still says “specializing in sports collector pins”), traveling to All-Star games and the like to hawk his wares. But he started to branch out into politics after Obama came to town. He sets up booths at liberal events too—political rallies, obviously, but also pride parades. 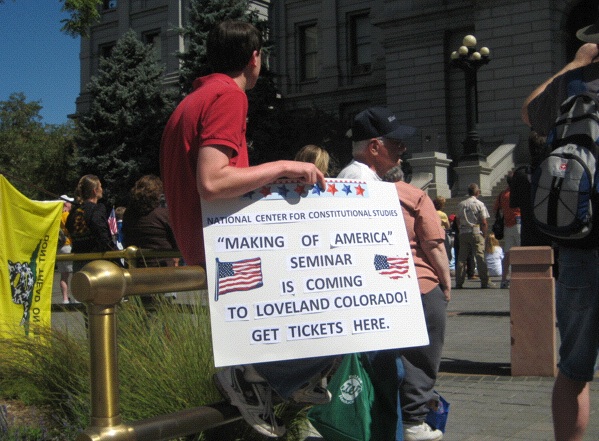 (Photo: Tim Murphy)“It doesn’t matter if it’s Democratic money or Republican money, it’s all green,” he says. Although it doesn’t always pay for the same things. “I’ve done this long enough to know that red, white, and blue stuff sells at events like this and I can’t give it away at the other events.” 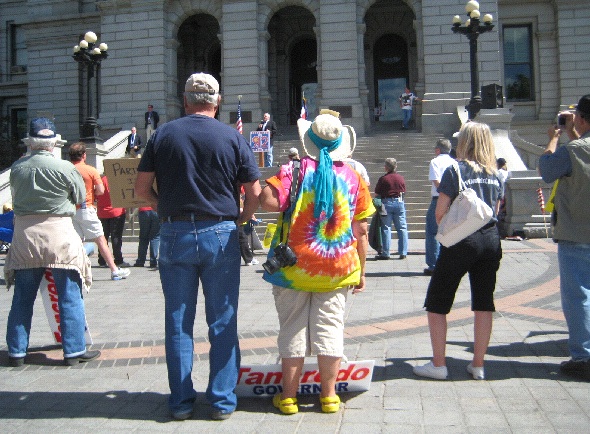 (Photo: Tim Murphy)Every political rally, at some level or another, is about jobs. The politicians up at the podium are trying to keep their job or take someone else’s; the loyal patriots in attendance are upset that they’ve lost theirs, or upset that they think they maybe could; and the invited speakers, the special guests, are there to make a name for themselves so that when you leave, you might remember them and throw a few page views or book sales in their direction.

The keynote speaker at the Denver rally, for instance, is Andrew Breitbart, a conservative media pioneer and occasional character assassin, who spoke, at great length, about the dangers of “character assassins.” And ACORN. Breitbart’s basic point is that the mainstream media can’t be trusted. And if the mainstream media can’t be trusted, who can you trust? Oh, right: Andrew Breitbart.

Whether you’re listening to speeches or shopping for a new “Nobama” pin, are commercial enterprises—and sometimes the fish just aren’t biting.

“To be honest,” Jim says, when I ask him about the event, “I’m kind of disappointed.” He was hoping there’d be a few more people there. We the People may have seized the lectern, but for the entrepreneurs who make the movement tick, it’s still the money that talks.