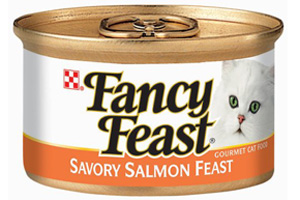 Proposals by the deficit Commission leaders Wednesday provide detail to what Washington has been gossiping about for months. Not whether Obama will cut entitlements, but where and how.

For months, the Obama administration has been hinting it will support cuts in Social Security and Medicare as part of a program to reduce the deficit, meantime leaving most of the Bush tax cuts in place. That’s been the deal since last spring. Sunday on 60 Minutes, the President was somewhat more explicit. We are “still confronted with the fact that the vast majority of the federal budget are things that people really think are important, like Social Security and Medicare and defense. And so, you then have to start making some tough decisions about how do we pay for those things that we think are important? … I mean, we’re gonna have to, you know, tackle some big issues like entitlements that, you know, when you listen to the Tea Party or you listen to Republican candidates they promise we’re not gonna touch.”

Wednesday the commission leaders—Erskine Bowles and Alan Simpson—provided the President with the details he needs. The Washington Post reports, “Leaders of President Obama’s bipartisan deficit commission are proposing to reduce the annual cost-of-living increases in Social Security. The proposal would also set a tough target for curbing the growth of Medicare. And it recommends looking at eliminating popular tax breaks, such as mortgage interest deduction.”

Cuts in farm subsidies and the Pentagon budget were also proposed.

Whether the two Cat Food leaders can get the commission to go along is doubtful. Liberals immediately balked. “This is not a proposal I could support,” Illinois Democratic Congresswoman Jan Schakowsky told the AP. “On Medicare and Social Security in particular, there are proposals that I could not support.”

All Washington has known since the commission was founded it would come out for entitlement cuts. Today some of the details emerged. If Congress enacts any of this it will plunge more elderly people into poverty, especially women, and it ought to send a shock wave through the housing market.

There are so many commissions batting around ideas on the deficit, it’s hard to make heads from tails. In Firedoglake on Monday Dean Baker explained the weird scene as follows:

There are three separate deficit commissions prepared to share their wisdom with the American people before the end of the year. These three commissions all have two important features in common: not one member of these commissions warned of the catastrophe that would be created by the collapse of the housing bubble, and they all think it is a good idea to cut Social Security. The country is currently experiencing its worst economic downturn in 70 years with more than 25 million people unemployed, underemployed or having given up looking for work altogether. It might have been appropriate for a commission that purports to be giving advice on the future of the country’s most important social programs, as well as the overall budget, to include at least one person who was awake enough to notice the $8 trillion housing bubble that wrecked the economy.

But these commissions that want to tell the public what is best for us don’t feel that they need to bother with trivialities like the economic collapse. In fact, the commissions include many of the people who had helped guide our economy off the cliff. They see their credentials in this capacity as lending to their credibility. This is sort of like an officer from the Titanic using this experience as a basis for being appointed ship’s captain.

My guess is the debt issue will unfold along the following lines: After the deficit commission reports, the Dems will offer up a compromise solution that would cut into the New Deal entitlement programs, including Social Security and Medicare in order to deflect a head-on conservative attack. And the President will go along with an extension, maybe short term, of the Bush tax cuts, which have to be dropped or continued by year’s end. However, I doubt any decisions will come out of the lame duck session—for the simple reason that conservatives, sensing victory, will want to make deeper and wider cuts. And take steps to ensure the Bush tax cuts are permanent.

The real battle will shape up with the next Congress when the Republicans run the House. The climax, as Senator Evan Bayh, the retiring Indiana Democratic centrist, tells the Washington Post, might well be a spring debate over extending the debt ceiling. The Post writes, “…lawmakers will put off consideration of any big ideas on the deficit until next spring, when Congress will have to raise the legal limit on government borrowing above the current cap of $14.3 trillion.”

The story goes on to say:

That will be a key moment to adopt some fiscally responsible steps,” Bayh said. “Many people will balk at extension of the debt limit. So how do you get them to the table? That vote provides the leverage for getting something done.

In interviews, commission members from both parties expressed doubts about the panel’s ability to forge a consensus that could be immediately considered by Congress. “It’s hard. Very hard,” Sen. Kent Conrad (D-N.D.), a commission member and chairman of the Senate Budget Committee, said Tuesday.

Bottomline: Upshot of the lame duck session? Extension of the Bush tax cuts.