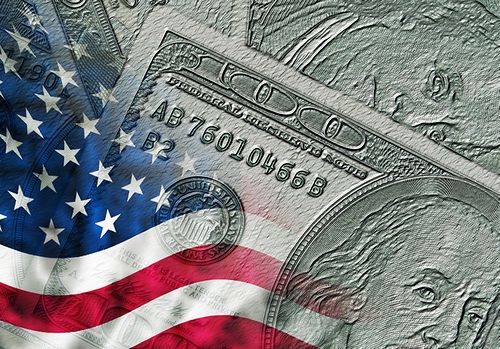 With the midterms wreckage still smoldering, 150 or so Democratic donors will meet at Washington’s Mandarin Oriental Hotel this week to ruminate on what led to the party’s 2010 “shellacking” and, more important, discuss how to beat back the ascendant Republicans in 2012. Atop their to-do list is figuring out how to counter the deluge of political spending by outside conservative groups, including the US Chamber of Commerce, the American Action Network, and Karl Rove’s American Crossroads, which poured more than twice as much cash into midterm races as their Democratic counterparts did. The critical questions: should they fight fire with fire, and can they?

This debate within Democratic circles promises to be a contentious one. Are new outside groups needed to keep control of the White House? Or should liberals work through existing organizations—like the Sierra Club and labor unions—to push out the progressive message? And if they take the former route after having denounced the Supreme Court’s Citizens United decision and demanded transparency in campaign spending, will they come across as hypocrites to voters?

There are no easy answers, say strategists, fundraisers, and progressive leaders helping to plot the Democrats’ 2012 war plan. Complicating matters is the White House’s mixed message on campaign spending. During the 2008 presidential race, the Obama campaign told the founders of the Fund for America—a left-leaning 527 political action committee that funded ads attacking Republican candidate John McCain—to shut down their operation. The candidate’s team wanted full control of the 2008 message, and they wanted to win with small individual donations from the grassroots—not with outside spending. “We said, ‘OK, fine,'” recalls Robert McKay, a California-based philanthropist, chair of the Democracy Alliance, and one of the Fund’s founders. “If this major national election campaign wants to do it this way, then we’ll shut this thing down.”

Similarly, after the Citizens United decision, President Obama came out strongly in opposition. “I don’t think American elections should be bankrolled by America’s most powerful interests, or worse, by foreign entities,” he said. Again, in October, he said at a Democratic fundraiser, “I want you to understand right now all over this country special interests are planning and running millions of dollars of attack ads against Democratic candidates.” The administration’s statements clearly turned off deep-pocketed liberal donors in the midterms, during which Democrats lost the most seats in a single election cycle since World War II.

Though top Obama aide David Axelrod recently opened the door for liberal donors to fight the right’s secretive attack machine, many Democratic players still see the administration as hostile to outside political spending. “By and large, the political people in the Obama firmament really have disdain for outside groups,” says one Democratic strategist. “They think they whine and snivel and make all these demands and don’t produce very much.” But with conservative forces poised to spend over half a billion dollars in 2012, monied liberals are already plotting their own outside spending groups to wage war against the right. Among them is David Brock, the founder of Media Matters for America, who is reportedly pursuing his own 527 independent spending outfit for the upcoming presidential race.

The left can’t wait for campaign finance reform to rein in outside spending, says Joan Fitz-Gerald, president of America Votes, an umbrella group that oversees some 300 progressive organizations nationwide. “If we look at where the Supreme Court has been trending, it is to give unfettered rights to wealthy individuals as well as wealthy corporations to express free speech through money,” she notes. Fitz-Gerald, a former state senator in Colorado and ex-chairwoman of the Democratic Legislative Campaign Committee, points out that this past year Democrats in Congress failed to overcome GOP opposition to the DISCLOSE Act, which sought to beef up disclosure requirements on political spending. Fitz-Gerald says progressive groups must adapt to this cash-flush political playing field or risk another trouncing: “This is the way it’s going to be unless we have radical changes on the Supreme Court.”

The best option, Fitz-Gerald insists, is using existing progressive organizations. While a small cadre of wealthy donors and corporations bankroll American Crossroads and its ilk on the right, unions and environmental groups have grassroots bases (and, thus, power in numbers). With that, she contends, comes credibility, which could make a difference at the polls: “They are trusted messengers, whether they’re a union that someone belongs to or a group that people have been a member of for many years. At some point the American people, as they see these ads pushing this right-wing agenda, they’re going to ask, ‘Who are these people? What’s the goal of American Crossroads?'”

But progressive groups will have to engage immediately, Fitz-Gerald says. “If we’re going to have this onslaught of commercials on the things we care about from a very conservative perspective,” she notes, “we’re going to have to continue, much as we did during the Bush administration, to be very vigilant.”

Not that left-leaning groups snoozed through the midterms. Unions spent big; the Service Employees International Union poured in $15.7 million, and the American Federation of State, County, and Municipal Employees, $12.3 million. Commonsense Ten, a “super PAC” founded by a trio of Democratic strategists, spent $3.3 million in the midterms. C10, as it’s known, helped defeat GOP Senate candidates including Dino Rossi in Washington state, Ken Buck in Colorado, and Christine O’Donnell in Delaware. The left-leaning America’s Families First Action Fund spent $5.9 million opposing House Republican candidates in a dozen states. Those figures pale in comparison to leading right-wing groups—the Chamber’s $32.9 million, for instance, or American Action Network’s $26.1 million, according to the Center for Responsive Politics. “For every $500,000 we spent, it felt like American Crossroads spent another $5 million,” said Mike Palamuso, vice president of communications at the League of Conservation Voters.

Even with ramped-up fundraising and more attack ads, liberal groups will be unlikely to come close to the half a billion dollars right-leaning groups claim they’ll drum up for 2012. The way Robert McKay (who’s also a Mother Jones board member) sees it, Democrats and the progressive community will likely need to take both routes—that is, use existing organizations and create new independent groups—to counter pro-Republican corporate America and the likes of the Koch brothers, the billionaire benefactors of the libertarian right. And this would include Democratic-friendly organizations that do not disclose donors. “We have a lot of existing groups who do disclose, and that is a meaningful distinction,” McKay says. “But look: The Chamber and Crossroads and all them are going to be coming in full bore. So I think you will see donors engaged, and I’m not going to sit here and say we won’t need to create some new groups.” He adds, “It’s not that I don’t want to see a meaningful legislative response to Citizens United, but I’m also not going to unilaterally disarm.”

McKay readily admits that Democratic groups, secretive or not, will not enjoy the massive corporate backing that Republican-backing groups do. He does, however, suggest liberals ought to make hay of corporate America’s coziness with the GOP; casting big business as the bad guy could be one way to appeal to middle-class voters. “We have to think about what additional public campaigns may be appropriate now to let their shareholders and consumers know what [big corporations] are up to,” he says.

A massive influx of Democratic money will no doubt draw criticism from factions of the liberal community. But Democrats will have to dive headfirst into the post-Citizens United spending wars if they want to compete in 2012, says Harold Ickes, former deputy chief of staff to President Bill Clinton and a prominent Democratic fundraiser. Ickes, who ran two independent spending groups during the 2004 presidential campaign and served as a top political strategist on Hillary Clinton’s presidential bid, says big donors usually want to see their money have maximum effect, and they are more likely to get that through outside outfits. Plus, the Democrats will need all the tools they can muster, he adds. “Is small money better? You bet,” Ickes says. “But we’re in a fucking fight. And if you’re in a fistfight, then you’re in a fistfight, and you use all legal means available.”