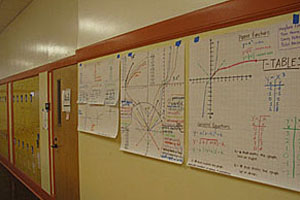 -Kristina Rizga, Mother Jones[UPDATE: The Calif. Board of Education is asking the state attorney general to examine charges of misconduct, while LA Weekly‘s staff writer Patrick Range McDonald is highly skeptical of intimidation charges. McDonald shadowed “Parent Trigger” campaign and wrote a cover story about it.]

Last week I blogged about how parents of kids attending LA’s public McKinley Elementary School in Compton are trying something new: Shutting down the chronically struggling institution and demanding that it be replaced by a charter school.

This week, the Los Angeles Times is reporting that some parents are withdrawing their signatures, saying that they were intimidated or misled by Parent Revolution, the Los Angeles-based group that organized the petition drive.

“They told me the petition was to beautify the school,” said Karla Garcia, whose two children attend McKinley. “They are misinforming the parents, so I revoked my signature.”

On Friday, Gov. Arnold Schwarzenegger, a supporter of the parent-trigger effort, took the other side, condemning alleged “intimidation tactics” by charter opponents at McKinley.

Los Angeles Mayor Antonio Villaraigosa weighed in with similar views. The mayor was flanked by parents and petition organizers Friday as he visited the home of a Compton petition signer to praise the effort and condemn what he described as harassment by opponents.”

Similar “parent-trigger” laws are being considered in other states. Meanwhile, the ability of charters to “solve” the problems of the low-performing public schools remains far from clear. [Read Kevin Drum for a good backgrounder on charter schools.]

[h/t to MoJo reader Dora Taylor, who is blogging about this case as well.]