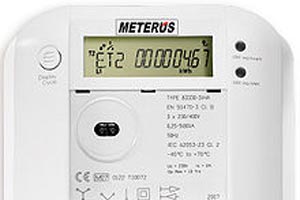 You’d think Marin County, California, famous for its tree huggers, would be all for “smart” household electricity and gas meters. Experts say that the devices, which allow utilities to calculate your energy rates in real time instead of once a month, are an important step toward greening our Rube-Goldberg-ish energy grid. But earlier this month, the Marin County board of supervisors voted unanimously to impose a moratorium on installation of the devices, primarily because of health concerns about the electromagnetic radiation the devices emit. As Jonathan Hiskes points out in his post on the subject, health worries are only part of the debate: Some worry that smart meters will broadcast consumers’ private information to utilities and businesses. Still others believe that smart meters will actually increase users’ power bills.

So is there reason to fear the new system, or are Bay Area folks just nuts? I polled a few experts. Herewith, their answers to some of the most pressing smart-meter questions.

Will my smart meter give me a brain tumor?

A recent report from the California Council on Science and Technology says no. As anyone who has followed the controversy over the potential link between cell-phone use and brain cancer knows, this is a really thorny issue. We’re constantly exposed to all kinds of radiation. “Many people use cell phones and microwaves every day, and then you have wifi, and for 100 years or more we’ve had radio broadcasts,” says Rob Kavet, a scientist who studies the effect of electromagnetic fields on human health at the Electric Power Research Institute (EPRI). “Comparatively speaking, the level of exposure from a smart meter is pretty tiny.” A handy chart from the report comparing radiation from various sources: 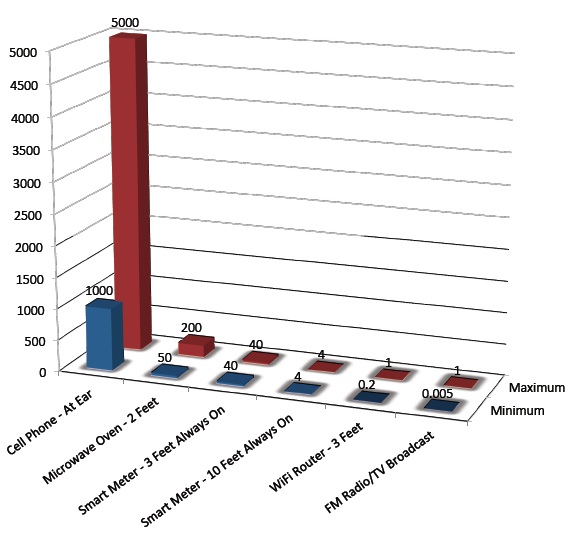 While analog meters usually display only the total amount of energy you’ve used in a month, smart meters also allow utilities to keep tabs on exactly when you’re using it. “So yes, that’s an additional level of information that the utility has about the consumer,” says Brian Seal, a senior project manager at EPRI. But some people think this means the utility will also know exactly which appliances you’re using. That, says Seal, is simply not the case. Indeed, “We have no idea what you’re doing with your electricity,” says Pacific Gas & Electric spokesman Paul Moreno. “The meters do read hourly, but that’s total household consumption, not individual appliances. We don’t even have the IT infrastructure to handle all that extra data.”

Will my smart meter overcharge me? Is it even accurate?

In 2008, when PG&E began installing smart meters in California’s Central Valley, many consumers noticed that their power bills actually got higher. But an independent report found that the spike was caused by increased air-conditioner use during a heat wave, not faulty meters. From the New York Times:

The consulting firm said it then tested more than 750 smart meters in the laboratory and in the field and reviewed utility account records for 1,378 customers, including those that had complained of abnormally high bills.

If anything, smart meters are actually more accurate than analog meters. This is generally a good thing, but it doesn’t mean that your power bill will instantly decrease once you get a smart meter, says Ralph Cavanagh, codirector of the Natural Resource Defense Council‘s energy program. “It’s impossible to deny that there are scenarios under which some people might pay a little more in the short term, but it’s no use to disguise higher costs during peak times,” says Cavanagh. “I don’t think we’re at risk of adverse consumer consequences.”

Okay, I get it that smart meters are not evil. But what’s in it for me?

“Manual meter reading worked very well in a world where we all had a flat energy rate, and we only needed to collect one meter once a month,” says Seal. But today, rates fluctuate constantly, depending on a whole host of factors: the source of the power, how much of it you use, the overall load on the system, and even the weather. Smart meters allow users to take advantage of off-peak rates. This will become more important in the coming years as “smart appliances” hit the market: You may soon be able to automatically program your dryer, for example, to run when electricity is cheapest. (The appliances will not convey the specific appliance usage information back to the utility or the manufacturer, Seal assures me.)

Smart meters are also very good at communicating power-outage information. Some utilities in the US still ask consumers in an area where an outage has been reported to leave their porch lights on, so that technicians can drive around and see which houses are affected. How quaint! With smart meters, the utilities will have a much better chance of figuring out what caused the outage immediately, says Cavanagh. They’ll also help utilities prevent outages from happening in the first place. “As electric cars and distributed generation (like solar panels) come online, it’s increasingly important that utilities understand how much load each piece of the system is under,” says Seal. “So more information allows them to know exactly which wires or other components of the system need replacing or upgrading.”

If you like to geek out over your power bill, you’ll almost certainly get a kick out of the additional time-of-use information from smart-meter bills. But whether or not this will translate into actual savings is the subject of some debate. A 2006 Oxford University study (PDF) found that consumers given access to specific, real-time information about their energy consumption decreased their energy usage by as much as 15 percent. On the other hand, says Cavanagh, “The average national electric bill is $3 a day, $100 a month. I don’t think most people are going to make a concerted effort to reduce the $3 a day.”

But even if your new smart meter doesn’t lower your power bill right away, Seal recommends taking the long view—what’s good for the grid is ultimately good for the consumer. For example: Conventional meters only measure power in terms of kilowatt hours, but smart meters can also measure voltage, which allows utilities to determine the efficiency of various pieces of equipment.

The bottom line: “You will not automatically generate a better electricity grid by installing smart meters,” says Cavanagh. “But if we can lower the cost of various output renewables and enhance the impact of our energy efficiency programs, those are big payoffs. Think system impacts, which then benefit the individuals.”