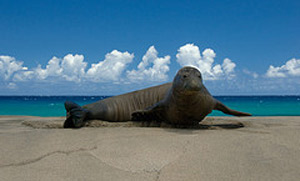 Oh, when will the race-baiting end? Back in October, I wrote about conspiracy theorists who believe that legalized abortion is a genocidal scheme to wipe out black people. “Black Children Are An Endangered Species,” proclaimed billboards in Georgia (and now Los Angeles!). Even Rick “Man on Dog” Santorum recently joined the chorus by saying Obama should oppose abortion because he’s black.

On Wednesday, Arizona state representative Steve Montenegro took the theory further. Right Wing Watch reports that the GOP congressman, who supported Arizona’s ban on ethnic (read: Mexican American) studies, is now sponsoring two bills that would make it a felony for a doctor to perform an abortion based on the race or gender of the fetus. The bills would require women to sign documents saying they’re not terminating due to race or gender, and would allow a prospective father, if married to the woman who gets an abortion, to sue the doctor on behalf of the fetus. If the mother isn’t 18 yet, the maternal grandparents could sue. (Similar bills have been attempted in Georgia, Mississippi, Idaho, and Oklahoma.)

Preventing race- and gender-based abortion seems like a no-brainer, right? But how real a problem is it?

There hasn’t been much research on this. In one 2008 study, researchers at Columbia University using 2000 US Census data found that second and third births in Chinese, Korean and Indian families living in the US were skewed toward boys. If the first child was a girl, the researchers reported, the second child was more likely to be a boy. If the couple had two girls, the third child was even more likely to be a boy. In white families, the researchers found only a small variance from the expected gender ratios.

The Columbia study stops short of attributing these variations to abortion. Couples doing IVF, for instance, can select the sex of an embryo prior to implanting it. In any case, the number of Asian girls born in the US is on the rise, and Asian American women make up a relatively small proportion (less than 9 percent) of women having abortions in the US. What’s more, the Arizona Capitol Times points out that 92 percent of abortions in Arizona occurred before 13 weeks of pregnancy, whereas women can’t generally learn the gender of a fetus until week 17.

Not that Montenegro would care. His agenda seems to be more in line with anti-choice rhetoric than any real concern about Asian fetuses. He told Capitol Media Services, for instance, that he had information “that there are targeted communities that the abortion industry targets,” and that more females are aborted than males.

Bills like these not only insult the intelligence of women of color with their claims of caring, they attempt to cross-examine the choices we make about our bodies. That’s pretty demeaning. Rather than stomping on our reproductive rights, let’s get real about the reasons women of color typically have unwanted pregnancies: namely poverty, which brings with it a lack of adequate sex education and access to contraceptives. I’ll let Princeton University prof Melissa Harris-Perry take it from here. In the meantime, to all you anti-abortion race-baiters, please just cut it out—if not off.