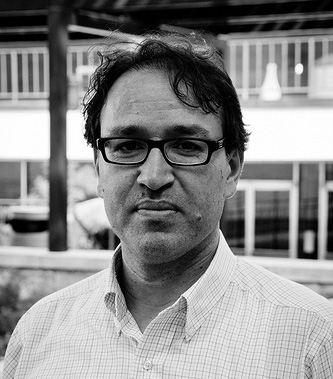 When Libyan poet Khaled Mattawa was 13 years old, Muammar Qaddafi’s regime conducted public hangings of alleged traitors in Mattawa’s home city of Benghazi. And he saw his independent-minded father, overcome by terror, plaster a giant picture of Qaddafi onto the side of the family car.

Thirty-four years later, Mattawa, 46, feels “complete and utter pride” as the residents of Benghazi have finally risen up—and launched the rebellions that are now sweeping across Libya. “This is the moment we’ve been waiting for,” Mattawa said in a Monday phone interview. “Everything good about Benghazi that I know has appeared in the last few days.”

But little in Mattawa’s life story could have offered much hope for a scene like this week’s.

Throughout his childhood in Libya, Mattawa was required to study the “Green Book”—Qaddafi’s bizarre abridged version of socialism and so-called “democracy”—that banned all dissension. “My memories are tainted by this sense of raw fear,” he says. “And there’s an atmosphere of hostility that Qaddafi’s regime has promoted among people. He’s used Libya’s tribalism to sow the seeds of division.”

In 1979, on their parents’ urging that they’d find better opportunities abroad, 14-year-old Mattawa and his 18-year-old brother set off alone for the United States. (His parents and four sisters remained in Libya.)

While attending high school in Louisiana and college in Tennessee, Mattawa often worried that he or his family would be targeted by Qaddafi’s regime. Libyans living abroad were often suspected of plotting against the dictator, and Libyans in Greece and the US were purportedly assassinated by Qaddafi agents. Anyone who lived abroad and came back to Libya, Mattawa says, “would have been clearly tossed in jail, and probably not allowed to leave the country for quite some time.”

As a result, Mattawa found himself “stranded in the US.” Realizing that he’d “waited nine years and Qaddafi wasn’t going anywhere,” Mattawa began charting his American career as a poet, author, and literary translator. (He’s since earned two master’s degrees, published his poetry in prestigious literary journals, and won an American Academy of Poets award. He is now an assistant professor of creative writing at the University of Michigan.) 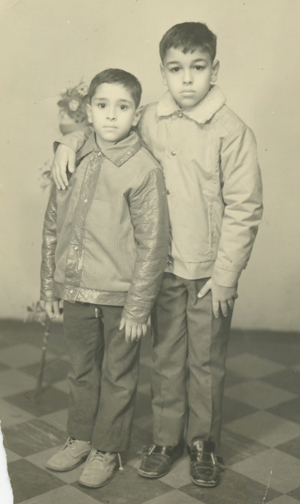 After Qaddafi’s son, Seif, convinced his father to allow more freedoms in Libya, Mattawa and other expatriates began returning to the country. After 21 years away, Mattawa finally reunited with his relatives in 2000, and he made at least 10 trips since then. On one of these visits in 2004, Mattawa met his future wife; the couple now live in Michigan with their four-year-old daughter.

Relatives on both sides of the family have gotten nervous whenever Mattawa says or writes something that is critical of Qaddafi’s regime. Yet Mattawa says he experienced little police harassment during his stays in Libya. This is presumably because he “never went out of [his] way to become an opposition figure or an oppositional intellectual.” Mattawa says that, throughout his career, he’s been honest but guarded anytime he criticized the regime.

But Mattawa “threw this cautiousness to the wind” when the Libyan uprisings began last week.

Initially, he posted information on Facebook and Twitter under an alias. But he quickly decided to reveal his identity. “I said, the hell with it! The time has come. The people have gone through the ultimate dismissal of fear by offering their lives…I really had no business being cautious.” Mattawa recently took his activism a step further when he slammed the Qaddafi regime in an interview on Democracy Now.

While Libya’s telephone lines are becoming increasingly unreliable, Mattawa is still speaking daily to his relatives. One of his nephews was shot in the leg, yet continues to demonstrate in Benghazi. Mattawa’s close friend Idris Al-Mesmari, a famous Libyan novelist, surrendered and was taken into custody after Qaddafi thugs raided his home and attacked his family members with knives and machetes. And Mattawa’s 65-year-old cousin has been missing for two days.

“Of course, we’re very worried about [my cousin],” he says with a heavy sigh. “But what I keep telling myself is that it’s not really about any one person. It’s not even about the country, really. It’s become something deeply human.

“It’s not a great comfort to think this way, but, if something has happened to him, did I ever imagine [he] would meet his maker in this honorable way?”