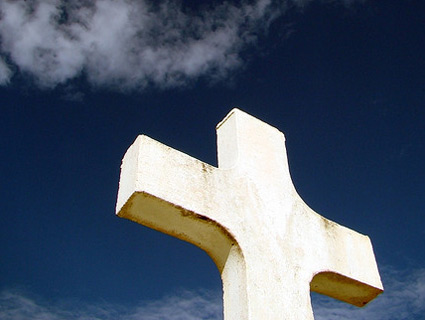 Energized by the health care debate and fueled by Congress’s recent pro-life fervor, state legislators have been dreaming up numerous ways to restrict women’s access to abortion and other reproductive health services. One tactic they’ve resorted to is ramping up on conscience protection laws. The laws shield employees from punishment for refusing to perform certain job duties based on their religion or morals. This would allow government-funded health workers, pharmacists, and insurance companies to refuse to inform someone about care options, give out Plan B contraceptives, or refer a patient to a pro-choice physician, all without retribution.

These “religious refusal” laws, as they are also called, are by no means new, explains Elizabeth Nash of the Guttmacher Institute. Many states have conscience laws, she says, and they exist at the federal level too. But recently, observes Brigitte Amiri, a senior attorney for the ACLU, “we’ve seen an onslaught of bills restricting access to abortion at a level we have not seen in the past.” The inclusion of insurance companies and pharmacies in the list of those protected by new conscience laws make Amiri particularly concerned.

Certain lawmakers have tried to use religious refusal laws to preserve discrimination in other industries and organizations. Take Iowa, for example, where a recent measure would have allowed small business owners to refuse to sell anything to a gay couple if that businessman felt homosexuality was against his religion. (Luckily, that law “appears dead,” but similar bills previously popped up in Louisiana, Kentucky, and Colorado, and more could be on the way.)

Besides further restricting access to women’s health care services, broader conscience protection laws could also mean greater opportunities for protected discrimination: not just against women, but against gays and lesbians and anyone else a particular employee feels “violates” his or her personal beliefs. We’ve rounded up five of the worst offenders, below.

Legislation: House Bill 178 (PDF)/ Senate Bill 46, the “Health Care Rights of Conscience Act,” gives “health care providers, institutions, and payers right to decline to perform any health care service that violate their consciences.” This is one of the most sweeping conscience laws currently on the table, allowing any health care provider or insurance company to refuse to provide referrals, procedures, or payments. If a doctor was working with a woman seeking sterilization for family planning reasons, for instance, he could refuse to treat her, decline to inform her of her options, and refuse to refer her to anyone else if sterilization was against his own beliefs.

Because the term “ethical principle” also appears in the bill’s definition of “conscience,” explains Nash of the Guttermacher Institute, “you could imagine a scenario where a doctor could say ‘I don’t want to give you your heart medicine because I think you should lose thirty pounds.'”

Legislation: HB 2565 would add a “Students’ Rights” section to the Arizona Revised Statutes that would prohibit a university from punishing a student in counseling or social work who refuses to counsel another student on a topic that’s against her “sincerely held religious belief or moral convictions.”

This bill probably arose in reaction to a recent incident in Michigan, when a grad student filed a lawsuit against Eastern Michigan University claiming it had discriminated against her based on her religion. EMU dismissed Julea Ward from its school counseling program after she refused to work with gay or lesbian students because she said homosexuality went against her Christian beliefs. The university argued that she violated American Counseling Association’s Code of Ethics, but many have spoken out in Ward’s defense, including Michigan’s Attorney General (PDF).

Status: Passed through the House and the Senate, but because the bill was amended, it has to come back to the House for the final vote

Legislation: HSB 50 (PDF), or “The Religious Conscience Protection Act.” A reaction to Iowa’s legalization of gay marriage, this bill would protect individuals and small businesses from having to “provide goods or services that assist or promote the solemnization or celebration of a marriage,” “provide housing to a married couple,” or “provide adoption or reproductive services” if doing so went against religious beliefs.

Critics worry that in addition to encouraging discrimination against gay couples, the bill is written in such a vague way that it could have broader implications. “This bill would not just affect LGBT couples, but opens the door to discrimination against interracial and interfaith couples,” Troy Price of One Iowa told The Iowa Independent.

Status: The bill is basically dead after a subcommittee meeting drew crowds protesting the legislation. But sponsor Representative Rich Anderson, who earlier this year nominated himself for a seat on the Iowa Supreme Court, told SourceMedia News “we are just going to have to continue to work on it.” A month later, Anderson’s spokesperson told me that the legislature was not planning to make any amendments to the bill or move it forward.

Legislation: HB 3408, the “Freedom of Conscience Act,” aims at protecting health care providers who do not want to be involved with or talk about abortion or certain types of stem-cell procedures. Bills like this—aimed at doctors, hospitals, and pharmacies—”allow patients to access religious care providers who share their values,” writes pro-lifer and Alliance Defense Fund legal counselor Matt Bowman. Allowing women to have unlimited access to abortions, continues Bowman, would drive “all pro-life health care providers out of business.”

But the director of the ACLU’s Center for Liberty, Louise Melling, believes a bill like this—which allows doctors with objections to abortion to refuse to even give out information—violates a person’s basic rights. “There are certain core things that you absolutely have to get which are emergency care, information, and referrals,” argues Melling. “Because with information and referrals, then at least the patient knows other options exist and they have a chance to go seek services somewhere else.”

Status: Currently residing in the House

The bill’s sponsor, Representative Carl Wimmer (R), also engineered a bill that charges a woman who has a miscarriage caused by an “intentional or knowing act” as a murderer. Wimmer isn’t exactly covert about his intentions; as he told Alternet: “The goal is to overturn Roe v. Wade, which would allow states more authority to make a decision on abortion.”

Status: Signed into law on March 23