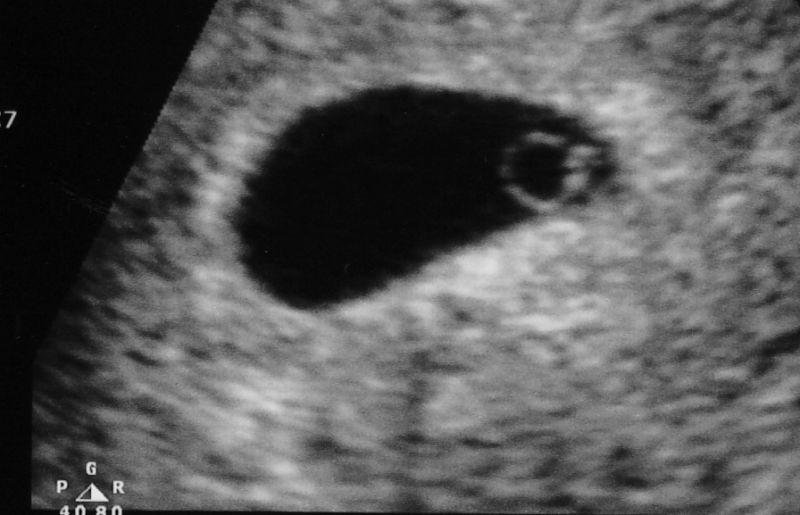 As our own Kate Sheppard has reported, Ohio is considering an abortion bill that would be one of the most restrictive in the nation. The law, HB 125, would outlaw all abortions (except in medical emergency) after a heartbeat could be detected: roughly 6 to 8 weeks after conception. This is so early in pregnancy that many women would not even know they were pregnant before the chance for abortion had passed… which is undoubtedly the point. Attacking first-trimester pregnancies is important for anti-abortion activists because 88% of all abortions occur before 12 weeks gestation.

HB 125 is a direct challenge to Roe v. Wade, and that’s exactly what supporters like the Ohio pro-life group Faith2Action are hoping. But state legislators and some supporters aren’t so sure now’s the time. Ohio’s House Health and Aging Committee delayed the vote on HB 125 last week, with Committee chair and sponsor Lynn Wachtmann saying the bill “wasn’t quite ready.” (One could argue that just because the bill isn’t quite ready doesn’t mean it shouldn’t be considered the same as one that is, kind of like how an embryo at 8 weeks should be considered just as viable as a fetus at 40 weeks, but that would be silly.) Ohio Right to Life director Mike Gonidakis told the Springfield News-Sun that while he agrees with the sentiments of the bill, he fears it could be struck down as unconstitutional and would thus become precedent for later anti-abortion laws. “(It’s) going to be another precedent setting decision by the Supreme Court we’re going to have to overcome in the future,” Gonidakis said.  A vote is expected on the bill this Wednesday.

I’ll be interested to see the vote on the 30th, and I agree with Wachtmann that the bill isn’t ready. Some weaknesses I found, which others might consider strengths: 1) The bill contains an exception for “medical emergency,” but none for rape or incest. In conjunction with parental notification laws, this could set up a dangerous situation for teens being sexually abused. 2) The bill does not provide funding, either for women or practitioners, for the additional and often expensive ultrasounds the state would require. To give this context, the Ohio Department of Health reports that there are about 29,000 abortions performed in Ohio anually, and 86% are in the first trimester. Most women in Ohio getting abortions are young (52% under age 24) and single (83%). 3) The bill, like many others pushed by pro-life groups, pushes an unequal standard. Whether a fetus shows a heartbeat can depend on the kind of ultrasound administered (vaginal or abdominal), the embryo’s position in the uterus, a woman’s body fat percentage, and a dozen other variables. One woman’s embryo might show a heartbeat at 6 weeks, and another might not show one until 12 weeks, so whether a certain woman could get an abortion would depend on many factors left up to chance. 4) And just because there is heartbeat doesn’t mean your baby won’t have health troubles: chromosomal abnormalities are not generally screened for until the 10th week, an entire month after a possible heartbeat.

The “heartbeat” bill is just one of many anti-abortion bills currently in the Ohio State Legislature. There are several more bills that penalize abortion or abortion providers, even though Ohio state law is already pretty restrictive. Current Ohio law prohibits abortion after 22 weeks, except in the case of medical emergency or if a doctor determines a pregnancy is not viable. Despite that, abortion foes are still trying to go further. Faith2Action president Janet Porter is one of the ideologues pushing HB 125. She writes in her World Daily News column that abortion is “legalized child killing” and asks, “Why heartbeat and not conception?” (The answer: it’s very difficult if not impossible to detect a fertilized egg that hasn’t implanted, and up to 80% of fertilized eggs fail to implant into the uterus or self-abort.) For many supporters of the heartbeat bill, HB 125 doesn’t go far enough. It’s just a crack in the egg they want to break wide open: overturning Roe v. Wade. To that extent, I’ve provided a list of current Ohio anti-abortion laws, below. Will this be a red-letter year for pro-life organizers in the Buckeye State? Maybe Wednesday’s vote on HB 125 will give us a hint.

HB 78 / SB 72: Criminalizes all abortions past “viability,” defined in the bill as 20 weeks. (FYI, the youngest preterm baby to survive outside the womb is Amillia Tayor, born at 21 weeks, 6 days.) Includes exception for medical emergency, but none for rape, incest, or possibly for situations like this one in Nebraska where a woman was forced to bear a child with congenital malformations due to restrictive abortion laws. The baby died 15 minutes after birth. Bill also requires doctor performing late-term abortions (those in medical necessity) to do so in a way that maximizes the fetus’s chance for survival outside the womb.

HB 7: Very similar to HB 78 except it outlaws abortion at 22 weeks instead of 20, and presumes fetuses 24 weeks and older to be viable.