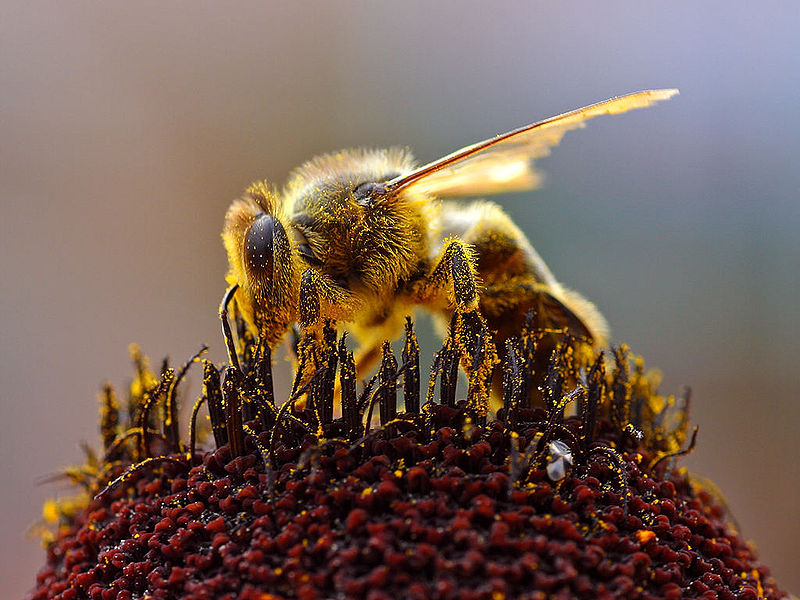 First, an interesting paper in Proceedings of the National Academies of Science on the relationship between human welfare and bee welfare. The authors set up the premise in their opening sentences:

During the last 50 years, the human population increased 128% from 3.0 to 6.9 billion people, whereas cultivated area and crop yield increased globally by 33% and 57%, respectively. Concomitantly, natural habitat cover decreased, and global stocks and ?ows of water, nutrients, and pollinators were altered, reducing the capacity of many ecosystem services to support human activity.

This team of researchers from Argentina, Germany, Australia, and Canada took a look at how crops that are dependent on animal pollinators, like bees, have fared in a world where human growth is exponential, yet crop yield is not. To do this, they employed a 47-year data set collected by the UN Food and Agriculture Organization between 1961 and 2008.

What emerged was the realization that, generally speaking, those crops which depend on animal pollinators provided less stable yields from one year to the next between 1961 and 2008—and this was despite a worldwide increase in most crop yields during that period. What also emerged was the realization that those lower yields drove farmers to compensate by converting nonfarmlands—wildlands, rangelands, semi-natural areas—into farmlands.

That’s a recipe for a nasty positive feedback loop.

The authors discuss their findings and suggest a solution:

Historically, demand for increased crop production has been satis?ed by expansion of cultivated area and yield improvements through genetic innovation, increased external inputs (e.g., fertilizers, herbicides, pesticides), and new agricultural practices. However, this combination of approaches imposes tradeoffs for agricultural production, such as between cultivated area and habitat for wild bees, between pesticide application and pollinator health, and between monoculture and diversified resources for pollinators… [Y]ield and its improvement should bene?t considerably from more active management of wild pollinators and their habitats, the use of honey bees as pollinators rather than as honey producers, and increased application of other managed pollinators for specific crops. Such practices would weaken the feedback between environment quality and crop productivity, as the resulting improved yield may alleviate the need for increased cultivation. 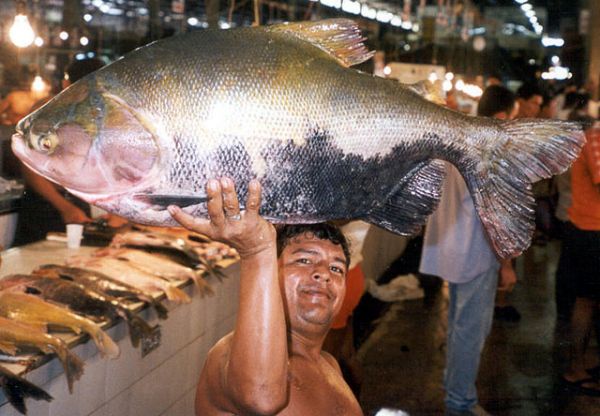 Second, a fascinating paper in the Proceedings of the Royal Society on the relationship between fruiting trees in the Amazon basin and fruit-eating fishes, like the tambaqui (Colossoma macropomum). The habitat of the fish expands hugely during seasonal floods, as the tambaqui swim through forests noshing on fruit. In the course of their travels, they disperse the fruit seeds. No one knew how far. The authors investigated that question:

Our mechanistic model predicts that Colossoma disperses seeds extremely long distances to favourable habitats. Modelled mean dispersal distances of 337–552 meters [1,105-1,811 feet] and maximum of 5495 meters [3.41 miles] are among the longest ever reported. At least 5 percent of seeds are predicted to disperse 1700–2110 meters [1.05-1.31 miles], farther than dispersal by almost all other frugivores [fruit-eaters] reported in the literature.

The problem here is that hunting of these large, fruit-eating fish by human fishers has led to the fish getting smaller and breeding earlier—a classic response to overfishing. Now we know something of how those effects might ripple through waters and forests: