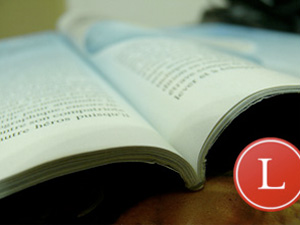 By some estimates, “contact with the US health care system was the third leading cause of death in the United States, just behind all heart disease and all cancer.” (That’s based on an annual death toll of 250,000 from unnecessary surgery, hospital-acquired infections and “harmful medical practice.”) Allen, winner of the Goldsmith Prize for Investigative Reporting, makes a call for transparency in hospital data that could help pinpoint fatal errors and prevent them in the future:

“The public, the payers, and the providers themselves typically lack access to the data necessary to make such a life-and-death determination. In the airline industry, if a pilot so much as accidentally makes a wrong turn moving away from the gate, anywhere in the world, the event is instantly recorded in global databases and scrutinized by government agencies and the industry itself. The knowledge gained from this continuous process leads to big and little changes in aviation protocol, equipment, and personnel. As a result, there was not a single airline fatality anywhere in the developed world last year.

“In health care, by contrast, patient safety experts often remark that the death toll from medical errors in US hospitals is equivalent to three jumbo jets falling out of the sky and killing all the passengers on board every forty-eight hours. But even the most egregious errors go largely unreported, and when they are reported, they are often buried and ignored.”

The unraveling of a boy’s relationship with his father. Puchner’s dad moved the family from Baltimore to Southern California in the 1980s, drawing them into an extravagant new lifestyle (Lotus Esprit, gated community on the Palos Verdes Peninsula) that wouldn’t last:

“At the time, I had no idea how badly things were going for him—no idea that he was being sued by former partners or that his own board of directors had fired him. For a year or so, my dad was tied up in legal battles, sinking deeper and deeper into debt. As the California he adored began to betray him, he responded like a jilted lover, making himself as noticeable as possible. He invested in personalized license plates based on our last name, which he shortened to POOK. Between my mom and older siblings, we still had several cars, and for a brief period there were POOKs 1 through 5. Sometimes he’d show up at my soccer games or cross-country meets in POOK 1, his Porsche, which he would park on the grass for everyone to admire. He’d root for me as I played, yelling Thataboy, Puchner! until he was hoarse. I didn’t want anything to do with him or his cars, as embarrassing to me now as jungle-print Vans. After the game, I’d run off the field without saying hello.”

North Korea has managed to keep its people isolated from nearly all outside media—only a small group even have Internet access—but in the last few years, independent news organizations, run by North Korean defectors and South Korean and Japanese activists, have found success in getting their messages to the North Korean people:

“Their work is illegal and extremely dangerous, and it is producing results. In December 2009, for example, one reporter for the Daily NK, a Web site based in Seoul, embarrassed Pyongyang by intercepting a copy of Kim Jong Il’s annual message, a critical document that sets the ideological tone for the year, before it appeared in North Korea’s official newspaper, Rodong Sinmun. This past December, Open Radio North Korea, a broadcast-news organization, broke the story that a train headed for Pyongyang with gifts from China for Kim Jong Un, the heir apparent, was reportedly sabotaged and derailed, in one of several sporadic and mostly unreported acts of resistance that would have been unthinkable a few years ago.”

Emotionally wrenching but even-handed essay by the ex-wife of Black Keys drummer Patrick Carney, on how fame, distance, infidelity and insecurities led to the breakup of their marriage. Voyeurism aside, Grollmus chronicles the stages of love, marriage, and breakup—and the tense negotiations around splitting up belongings:

“When it came to dividing our 500 records, we didn’t really fight. He told me to take what I wanted and leave the rest. I tried to be fair and remember exactly what I had brought into the relationship and what I had acquired, personally, during it. Bikini Kill’s ‘Pussy Whipped’ and Nico’s ‘Chelsea Girl’ were no-brainers, as were almost all of the bebop records that I had purchased during a ‘jazz’ phase. He could keep the John Cale. And though I wanted to take Nick Drake’s ‘Bryter Layter,’ it had belonged to his father originally.

“A few days after I’d split up our records, he sent me an e-mail. ‘Did you take that Feelies record? I really want it. It has special memories for me,’ he wrote. ‘You bought it for me when we had no money.’

Reality TV recapping at its finest. Rees, creator of the “Get Your War On” comic series, dismantles NBC’s new show featuring entrepreneurs pitching their business ideas. Reese gets particularly excited about The Tiffin Box, a restaurant that would serve “healthy Southern Indian food”:

“But there’s a problem: THE TIFFIN BOX’s menu will ‘lean heavily towards vegetarian.’ The judges are disgusted with this naked display of idealism. One of them asks, What percentage of Americans are vegetarian? ‘About 15%.’ Then the judges make some weird calculations, like since only 15% Americans are vegetarian, only 15% of Americans would ever eat at The Tiffin Box. This makes no sense: I’m not a vegetarian, but I’ll eat at the Tiffin Box at least twice a week! ‘Where’s David?’ ‘Oh you know him; he’s down at the ol’ Tiffin Box, eating the shit out of everything.’ ‘I didn’t know David was vegetarian.’ ‘I KNOW, IT’S SO CRAZY THAT SOMEBODY WHO EATS CHEESEBURGERS WOULD EVER NOT WANT TO EAT A CHEESEBURGER.'”

Featured Longreader of the week: Adam Sternbergh/@sternbergh/Adam is the culture editor of the New York Times Magazine.

“My favorite longread of the week is A Drug Called Charlie Sheen, by Mark Harris, in New York magazine. It’s a cliché to say, “If you only read one story on…” but if you only read one story on Sheen and his epic meltdown, this is it. As with every great magazine piece, Harris expertly vivisects the patient—whom he describes as “overflowing with the bewildered arrogance of a deposed king”—then tosses him in the coffin, slams the lid, and eloquently bangs it shut. We’ve all thought, “I can’t read another word on this,” but you should read these words and consider yourself sated.”