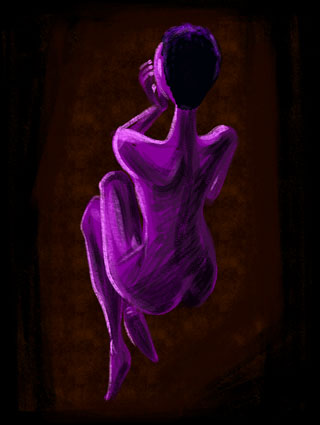 As MoJo reporter Mac McClelland pointed out earlier this week, murdered prostitutes don’t often make the news these days. When they do, their deaths may be dismissed as more occupational hazard than crime. Here, for example, is how St. Francis County sheriff Bobby May explained the fatal shooting of trans prostitute 25-year-old Marcal Camero Tye: “You know, prostitutes, these types of folks—it’s a risk. Whenever you’re soliciting, things of this nature happen sometimes.” Translation: If Tye hadn’t been trans and/or a prostitute, the murder would have most likely never happened. But why is it so easy to deny a prostitute’s right to safety?

Some sex worker advocates say that if the media did more work to humanize prostitutes, violence against this demographic would occur less frequently. Cyndee Clay, the executive director of Helping Individual Prostitutes Survive, is one. The Washington, D.C.-based counseling and outreach center reaches about 7,000 sex workers a year and has a 24-hour crisis assistance center for sex workers who have been victims of crime and/or who want to transition out of sex work. A few years ago, HIPS submitted its study of police abuse and misconduct cases against trans and female clients to Amnesty International. And recently, it helped prepare a United Nations report vying for sex worker rights in the United States. Clay spoke with me about prostitute safety, decriminalization, and the real reason people get into sex work.

Mother Jones: Based on the people you’ve worked with at HIPS, why do most people get into sex work?

Cyndee Clay: There’s not one story of why people do commercial sexual exchange for money, whether that’s formalized sex work or whether that’s entering into a relationship where you know that being intimate with someone means that you’re going to receive some financial assistance or shelter. I think what we do see is that the more economically disadvantaged or educationally disadvantaged, or the less power you have in the community already, tends to increase the likelihood that you’re going to be or feel coerced into sex work.

MJ: In your experience then, is prostitution a choice?

CC: In my experience at HIPS, probably the majority of people coming into our offices given a variety of choices probably would not choose to do sex exchange as their main source of income. Many of them are doing it because of circumstance.

MJ: In which case, why does HIPS emphasize providing health and welfare services to sex workers rather than alternative employment to rehabilitate them?

I don’t see sex workers as people who need to be rehabilitated. The clients who come into our offices and ask for assistance, they’re not saying I had sex with someone and they gave me money and that really hurt me.

CC: My issues with the word rehabilitation are somewhat problematic because I don’t see sex workers as people who need to be rehabilitated. The clients who come into our offices and ask for assistance, they’re not saying I had sex with someone and they gave me money and that really hurt me. Some people say that but it’s by far not the most common issue in all the 15 years I’ve been here. What people come to me with is I have these charges against me because I was arrested for prostitution.

We had one woman who worked with our program. She had struggled with drug abuse. She finally got to a point in her life where she could hold down a steady job. She had a food service job, so she was up at like 3 every morning, left her shelter, went to go to work at her job, and then after that would come and volunteer at the agency. She actually got let go of her job because she had a prostitution charge, which was a misdemeanor from ten years ago. I’ve heard of countless stories of people who were transgendered, who when they start transitioning or when they show up for their first days of work, because their gender doesn’t match their ID, they get fired or they get told that they can’t work for some reason. So when these people need to eat, when they need to support themselves, body labor, sex work is something that they turn to. Those are the issues that I think we need to work on instead of trying to abolish sex work. It’s those societal forces that are making sex work the best possible option or an option among very few options.

MJ: So you think prostitution should be legalized?

CC: I tend to talk about sex work in terms of decriminalization because I definitely don’t feel like we need more laws around sex work. But through decriminalization we would, in some ways at least, change the relationship that sex workers have with law enforcement, so that law enforcement can spend their time helping people who are victims of abuse, or people who are victims of domestic violence, or people who are victims of sexual assault or robbery. We wouldn’t be spending our time policing people for trading sex which would free up resources to take care of these more real issues for sex workers. Criminalization of people of color and poor people in general is more of what our clients deal with on a day-to-day basis. Lacking jobs, housing, and being profiled and feeling like you’re under the gun all the time. Those are the things that keep people from being safe, that keep people from accessing resources that they need like housing, like medical care, and other social services.

I know a woman who chose to do escorting because it meant as a single mom she could be off at 3 to be home with her child.

People are violent against sex workers because they think it’s okay, like Jerry Gary Ridgway who said specifically that he targeted sex workers because he knew they wouldn’t be missed because no one cared about them. We had a guy in DC who started off attacking exotic dancers and then moved to attacking escorts, women who worked on the Internet. I know a woman who chose to do escorting because it meant as a single mom she could be off at 3 to be home with her child. Of the economic options available to her, escorting was one that allowed her to have flexible schedule, and allowed her to take her kid to soccer. Probably like a lot of people she had good days on the job and bad days on the job. But the man who was targeting escorts said, “What you’re doing is illegal and what I’m doing is illegal, so no one’s going to care if I hurt you.” A lot of sex workers at that time were really afraid to come forward and afraid to go to the police, and it’s due to criminalization for the act of paying for sex and the treatment of sex workers by law enforcement. Decriminalization isn’t going to stop all of these problems but at least it would allow us to put a lot of resources into solving the larger societal problems that are causing the abuse, causing the violence, causing the different factors that make people feel like sex work is their only choice. I think sex work can be a choice. It may not be the choice that you want your friend to make, but I wouldn’t want my friend to work at Wal-Mart or McDonald’s for that matter.

MJ: What is the country missing out on by not decriminalizing prostitution?

CC: The real thing for me is at what cost? At what cost to society do we continue to lock people up for prostitution? At what cost do these laws allow us to continue to treat sex workers or people who do sex trading as criminals and not as members of society. We were in court and met a woman who was going to jail and was potentially going to have to be involved in a four-month diversion program and weekly trips to court for drug testing and potential incarceration for what amounted to a $10 exchange of money for a sexual act. How much are we spending on the judicial system and on incarcerating these individuals? And then when she get’s out of jail she’s still going to have a charge that’s going to keep her from getting a job because having a prostitution charge on your record can be the terms for not hiring someone or if it shows up in a background check, people lose their jobs. It’s happened to many people at the agency. We’re just setting up a revolving door where we lock these people away so we don’t have to think about them. And it’s not an effective means of doing what we really need to do which is help increase the options available for people so they can lead self-determined lives and be happy and healthy.