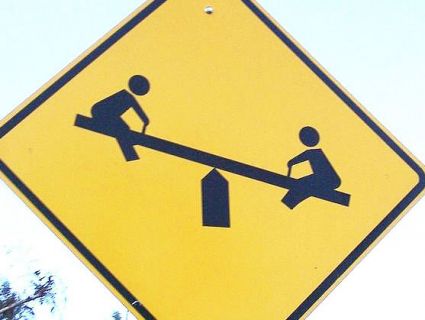 President Barack Obama’s recent moves to counter Republicans on the thorny issue of debt and deficit reduction have forced his Democratic allies to rapidly reposition themselves.

The first surprise came over the weekend, when many congressional Democrats first learned of the president’s plans to wade into the deficit debate with a major speech this Wednesday. Then, on Tuesday morning, the Washington Post reported that Obama plans to endorse the controversial recommendations of Alan Simpson and Erskine Bowles, the co-chairs of his deficit reduction commission. Many Democrats had criticized those same recommendations when they were released late last year. So now Obama’s allies on and off the Hill are scrambling to pull off a tricky balancing act: supporting their president while holding the less appealing aspects of Bowles-Simpson at arm’s length.

The need for Dems to alter their rhetoric in response to Obama’s moves was on full display Tuesday morning at the Center for American Progress, where Democratic activists and members of Congress gathered for a speech by Rep. Chris Van Hollen (D-Md.). Van Hollen made it clear that Bowles-Simpson would become the new standard-bearer for the Democratic Party, saying that it launched “a really important dialogue” and took “an overall balanced approach” to deficit reduction.

“The bipartisan fiscal commission called upon all Americans to pay their fair share to support our country,” Van Hollen said, commending the plan for “taking the top-income earners back to the Clinton [tax] rate” and praising its cuts to “discretionary security spending.” When asked whether the centrist commission would move the parameters of the debate too far to the right, Van Hollen concluded that “the Bowles-Simpson blueprint provides enough running room for the president.”

John Podesta, the head of the Center for American Progress and the chair of Obama’s transition team, also had kind words for the plan. “I agree with Congressman Van Hollen that Bowles-Simpson is a good starting place for the discussion,” he told Mother Jones in an interview. But Podesta hasn’t always been so eager to embrace the Bowles-Simpson proposals. Last December, Podesta called the plan “substantively flawed” as well as “fundamentally unbalanced and unrealistic.” The proposal’s discretionary spending cuts would “harm our nation’s long-term economic competitiveness and violate an array of social compacts that underpin the common good of our country,” he wrote.

When asked about his earlier criticism of Bowles-Simpson, Podesta explained that he was referring to its recommendations to “cut discretionary spending to unrealistic levels” and reconstruct the entire tax code, which he said were politically unfeasible in the current climate. He made no reference to the potentially disastrous policy implications he had warned about back in December.

The Bowles-Simpson recommendations were controversial even before the President considered embracing them. Last February, as part of a State of the Union promise to address the deficit, Obama created the National Commission on Fiscal Responsibility and Reform. The commission—which included politicians, businessmen, current and former government officials, and a union head—was charged with creating a deficit-reduction plan that could win the support of 14 of its 18 members. But the final report only won 11 votes, so Simpson and Bowles, the commission’s co-chairs, independently released their own fiscal blueprint. Though parts of the plan have attracted praise from progressives—including a new gasoline tax and reduced agriculture subsidies—it also includes controversial provisions that would cap federal spending through entitlement reductions that could hit low-income seniors and the disabled.

It wouldn’t have been surprising to hear pro-Bowles-Simpson sentiments from the conservative end of the Democratic Party. The plan produced by Bowles, a former Clinton White House staffer, and Simpson, a former GOP Senator, is widely seen as a center or center-right proposal. But Van Hollen, a close ally of Nancy Pelosi, and Podesta, the consummate Democratic insider, aren’t Blue Dogs. They represent the center-left—the very heart of the Democratic party’s mainstream. And for both of them to praise Bowles-Simpson as an “important starting point” for the debate on deficit reduction reveals just how successful the Republicans have been in shifting the entire debate to the right in just three months’ time.

Meanwhile, progressive policy experts are raising the alarm about the party’s rush to embrace Bowles-Simpson. “It’s pretty scary,” said Dean Baker, co-director of the Center for Economic and Policy Research, arguing that the plan slashed funds from Social Security and made deep cuts in discretionary spending while leaving deep-pocketed industry groups untouched. “Basically, they back away from going after any of the powerful interest groups—the insurance industry, the pharmaceutical industry, the financial industry, the defense industry—and instead want the poor and middle class to feel the pain,” Baker told Mother Jones.

If Democrats make the Bowles-Simpson plan their opening bid—with Rep. Paul Ryan’s Medicare- and Medicaid-slashing, lots-of-tax-cuts-for-the-rich plan on the other pole—Democrats will only set themselves up to move farther to the right. The Bowles-Simpson plan “looks reasonable only by comparison” to the Ryan plan, explains Paul Van de Water, a senior fellow at the left-leaning Center for Budget and Policy Priorities. “That moves already three-fourths of the way in the Paul Ryan direction, then you have further compromises.” Baker echoed the same sentiment: “This is Obama’s starting point. The final product is almost certain to end up much worse.”

To be sure, Van Hollen made it clear he’d be reluctant to embrace some of the most contentious aspects of Bowles-Simpson—namely the proposal to raise the qualifying age for Social Security, which led liberals to deride the deficit panel as a “cat food commission” last year. Similarly, while Podesta called Bowles-Simpson “a benchmark to begin discussion,” he added that the plan would “need adjustment to serve as a solid foundation for future economic growth and a federal budget.”

It’s still uncertain the extent to which Obama will embrace the specifics of the Bowles-Simpson blueprint in his speech on Wednesday. He may simply pay lip-service to the plan and distance himself from the most controversial proposals. What’s more, on Wednesday the House Democrats will release their own budget plan under Van Hollen’s direction. But in the end, there’s unlikely to be much daylight between the two proposals. And it’s clear that Bowles-Simpson has entered the bloodstream of the Democratic Party and could end up overshadowing more liberal alternatives.

The party’s liberal wing in Congress is already worried that their members will end up standing alone. Bowles-Simpson is “very short-sighted both politically and economically…it’s a disappointment to hear these kinds of discussions,” said Rep. Raul Grijalva (D-Ariz.), co-chair of the Congressional Progressive Caucus. When asked whether the party will move even further to the right during the deficit debate, Grijalva seemed already resigned to the reality. “The template’s already been set,” he said, pointing to the huge concessions that Democrats made to the GOP during the budget debate. “If we rolled over this bad in the undercard, I really worry about the main event.”