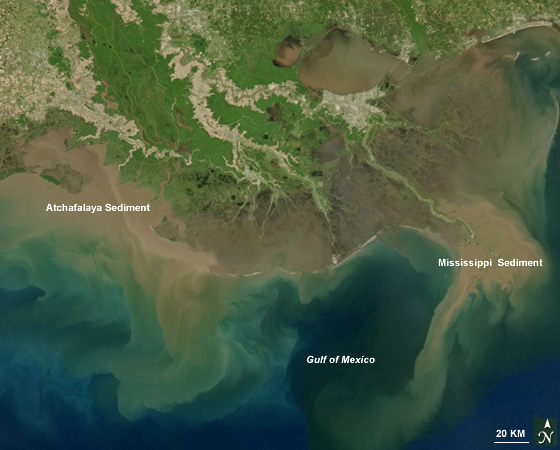 Sediment-laden water pours into the Gulf of Mexico from the Mississippi and Atchafalaya Rivers. Credit: Norman Kuring, Ocean Color Team.

As you can see from the image above, a lot more than water comes down a river. The Mississippi and its distributary, the Atchafalaya River, carry an average of 230 million tons of soil into the Gulf of Mexico every year. On flood years, the total runs a lot higher.

That’s going to cause downstream problems this year… all the way downstream to the ocean. But before we go there, let’s take a quick look at how the system works. 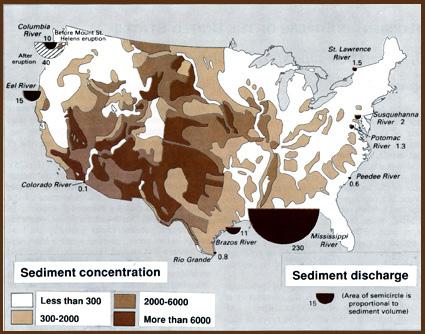 The graphic above shows sediment concentration and sediment discharge for major US rivers. The giant half-circle in the Gulf represents the Mississippi/Atchafalaya discharge. Why are the two rivers bundled together? Because they’re really the same river: the parentheses bracketing a 100-mile-wide delta. 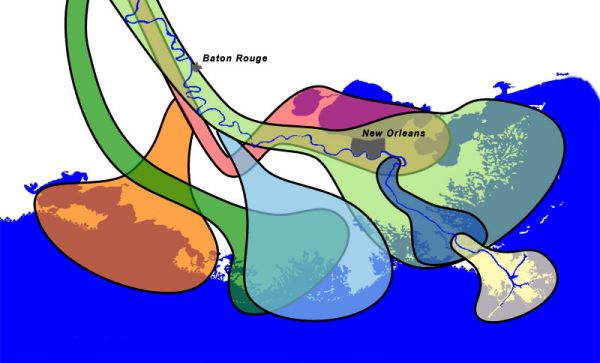 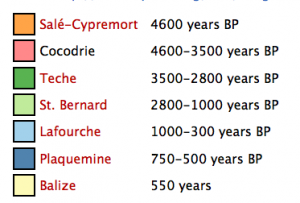 Mississippi delta switching during the past 4,600 years. Credit: Wikimedia Commons.

Before 1927’s epic flood, the Mississippi was free to wander the delta, whiplashing between courses whenever a huge flood year like this one pushed it over its banks—a process known as delta switching. In the above image you can see some of its historical courses and when it ran them.

For much of the 20th century the Mississippi has been trying to leave its current course and flow back through its old Atchafalaya course. In his always-excellent WunderBlog, Jeff Masters explains: 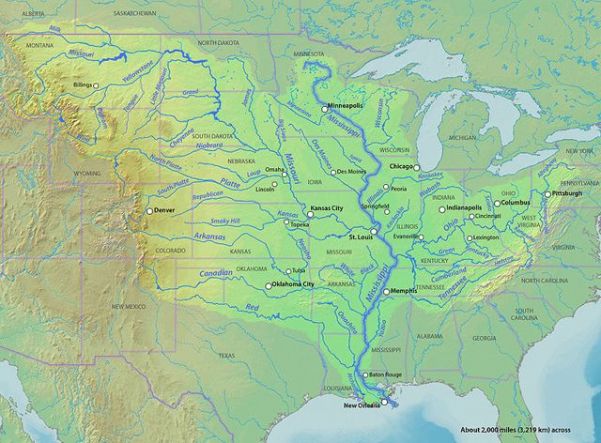 Of course it makes no difference to the Gulf of Mexico whether the floodwaters come down the Mississippi or the Atchafalaya. What matters to the ocean is what’s in the river water. The Mississippi drains the entirety of America’s breadbasket… therefore its fertilizerbasket, pesticidebasket, fungicidebasket, and manurebasket.

River water, with its organic nutrient loads, naturally acts as a fertilizer on ocean chemistry. Add in the runoff from farms and feedlots—with nitrogen and phosphorous loads from chemical fertilizers and manure—and you get a Miracle-Gro on steroids. Which, paradoxically, fuels an oceanic dead zone. 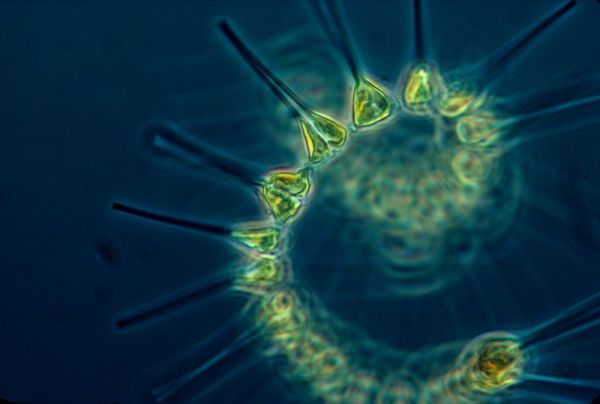 I wrote extensively about this problem in my Mother Jones cover, The Fate of the Ocean, a few years back.

The Gulf of Mexico dead zone forms every summer when spring floods wash the nutrients downriver into the Gulf to fertilize massive oceanic plant blooms. The marine plants are mostly single-celled phytoplankton.

The problem is the phytoplankton bloom so fast and furiously that their primary consumers, the zooplankton, can’t bloom fast enough to keep up and eat them all. Many phytoplankton die uneaten and are then consumed by detritivores—the microorganisms like bacteria that feed on (that is, decompose) dead things. The Gulf’s spring and summer phytoplankton blooms also fuel detritivore blooms. 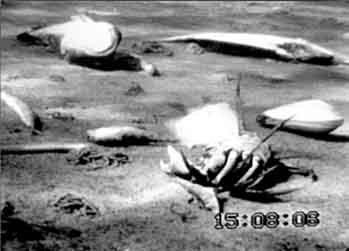 Unfortunately, growing populations of detritivores use up much of the dissolved oxygen in the water. Marine life that can’t swim away or otherwise flee these increasingly hypoxic zones, suffocate and die. You can see the results in the image above. 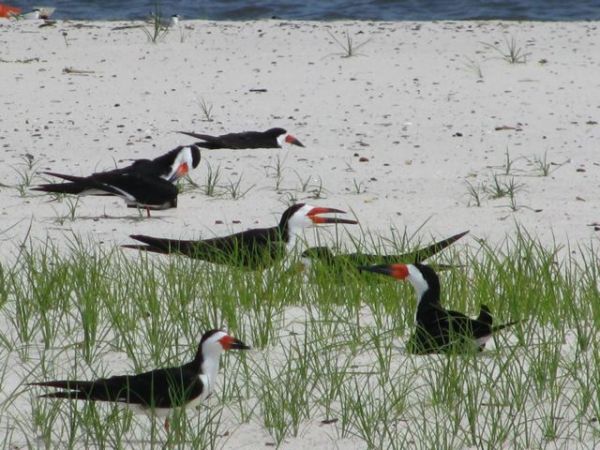 Researchers are expecting a mighty dead zone will form from this year’s mighty floods. The Gulf, staggering back from last year’s oily assaults on its ecosystems, will likely pay a heavy price… again, smack in the middle of the most breeding season for everything from seabirds to tuna… and smack in the middle of important seasons for commercial fisheries, sports fisheries, and tourism.

So is there anything we can do about the problem? The Microbial Life Education Center at Minnesota’s Carleton College—in the heart of Mississippi farmland—suggests these fixes:

The solutions are relatively simple and highly effective. A similar course change has already been used to remediate the effects of overly nutrient-rich waters in the Great Lakes. 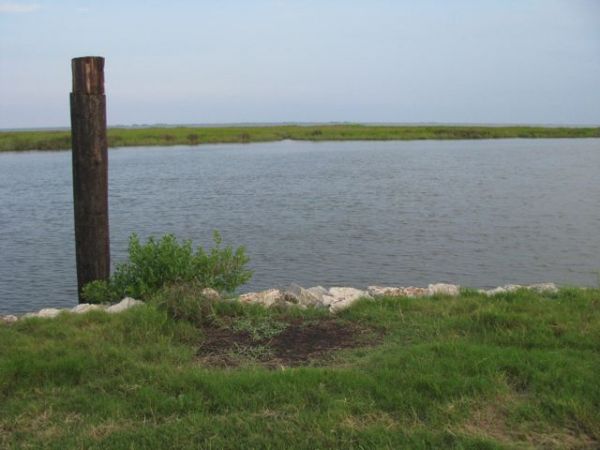