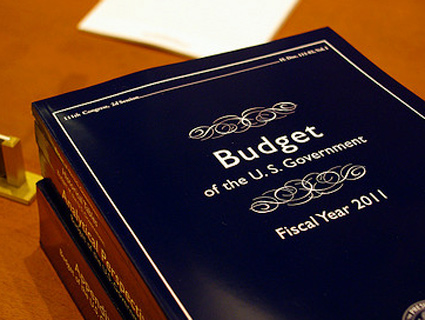 In the escalating fight over the budget and deficit in Washington, all eyes have been trained on GOP golden boy Rep. Paul Ryan. But though the Wisconsin Republican’s controversial plan to gut Medicare has dominated the headlines, another House GOPer has been quietly doing the dirty work of making the budget cuts that actually have some chance of passing.

Two weeks ago, Rep. Hal Rogers (R-Ky.), chairman of the House Appropriations Committee, made the GOP’s next big move to slash spending for social programs. In a little-noticed proposal, Rogers detailed how the GOP wants to inflict the pain of more than $1 trillion in unspecified discretionary spending cuts contained in Ryan’s 2012 budget, which passed the House in April. Rogers has now divided up the cuts into 12 different areas, each of which will be considered as its own spending bill. Under his proposal, the poor and the working class will be hardest-hit.

On Tuesday, Rogers kicked off the GOP’s budget-cutting party in the House, deciding which programs should pay the price. Rogers has focused on capping labor, health, and education spending at $139 billion—$18 billion less than the 2011 budget and $41 billion below what President Obama proposed in his own 2012 budget. Big cuts to transportation and housing are another top priority for the GOP—which, per Rogers’ proposal, wants to slash spending by $7.7 billion from the 2011 budget and $27 billion from the president’s budget. By contrast, there’s only one area where Republicans want to increase outlays: defense spending, where they propose a $17 billion hike in 2012.

Ironically enough, Rogers himself was once an infamous big spender. Dubbed the “Prince of Pork” by his Democratic opponents, the veteran Republican has secured so many earmarks for his home district that his hometown is known as “Mr. Rogers’ Neighborhood.” But, along with the rest of the Republican leadership, Rogers has swiftly reinvented himself as a scalpel-wielding conservative in the face of the tea party-fueled pressure to reduce spending. His plan will now form the roadmap for where the Republicans stand on the big budget negotiations this summer—and his cuts are significantly likelier to be implemented than other aspects of the Ryan plan.

Despite the controversy surrounding Ryan’s proposal to voucherize Medicare, it’s a nonstarter on Capitol Hill. It doesn’t have a chance of passing the Democratic-controlled Senate, and Republicans have slowly backed away from the plan. Also sacrosanct is Social Security, which Senate Democrats have vowed not to touch. Meanwhile, Republicans have refused to make tax increases a part of any deal. “No Medicare, no Social Security, no defense, no tax [increases]—there’s not going to be a deal of any magnitude,” notes Stan Collender, a former top Democratic congressional budget aide.

Leaving aside these budget-busting items, much of what’s left are cuts to discretionary spending and mandatory spending programs for low-income families, including food stamps and welfare—programs that have far less political currency and fewer advocates to defend them.

Democrats and progressive advocates have already taken Rogers’ early moves as a clear signal that Republicans intend to pare back money for Pell Grants—federal funds given to needy college students—and low-income families. “Pell Grants—that’s a big piece of the cut right there,” says George Behan, chief of staff for Rep. Norm Dicks (D-Wash.), the ranking Democratic member on the House Appropriations Committee. “We’re going to have trouble with [that] and other priority items for the Democratic caucus.” Behan also pointed to large proposed cuts to spending on the interior and environment—$2 billion less than the 2011 budget—which he predicted would affect the Environmental Protection Agency, National Park Service, and wildlife refuges.

Lawmakers don’t necessarily need to pass a budget this year—they failed to do so in 2010, which resulted in a painful, protracted series of temporary budget extensions. And compared with big changes to entitlement programs or taxes, reductions to discretionary spending barely put a dent in the long-term budget and deficit picture. But Congress will be forced to come to some kind of agreement on the debt ceiling this summer. In the coming weeks of wheeling and dealing, social programs could end up falling victim as Democrats are forced to make concessions to avert an economic disaster if no compromise is reached.

To be sure, the House Democrats could have some influence over how spending cuts are divvied up. The right flank of the House GOP revolted against Speaker John Boehner (R-Ohio) last month, voting against the budget to fund the government for the remainder of 2011, because it didn’t go far enough, in their view. As a result, Boehner was forced to rely on Democratic votes to get the budget passed and avoid a shutdown, and the most draconian cuts were avoided. This time around, Democrats will again fight cuts “we can’t live with,” Behan asserts, perhaps staving off the most extreme spending reductions to the vulnerable. That fight begins this week as the spending bills are hammered out, one by one, and legislators hash out which programs will be targeted.

Just the same, Boehner’s failure to deliver on his promises to cut spending by tens of billions of dollars earlier this year may embolden more Republicans to insist that real budget blood be drawn this time around. And Rogers will be the one wielding the ax, as he shepherds the GOP spending bills through the House in the upcoming weeks.