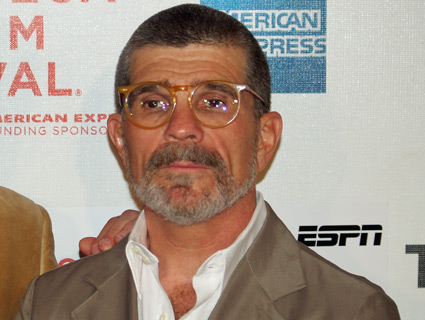 The new book out this month by Pulitzer-prize winning playwright David Mamet isn’t winning any rave reviews from the mainstream press. No doubt that’s because the MSM is dominated by a bunch of liberals, and Mamet, formerly a liberal himself, has come out as a Fox-News-watching right-winger. This weekend, his book was panned in the New York Times by Christopher Hitchens.

Like Mamet, Hitchens has moved far to the right of his liberal roots, but he still wasn’t finding much to love about The Secret Knowledge: On the Dismantling of American Culture. He calls it “an extraordinarily irritating book.” Reviewers, including Hitchens, have noted that Mamet credits such right-wing talk show hosts as Glenn Beck and Hugh Hewitt for putting him on the path to righteousness. But could it be possible that the tea party movement had something to do with his conservative conversion as well?

At least one tea partier thinks so. Earlier this month, Mark Meckler, one of the national coordinators of the Tea Party Patriots, appeared on a panel in DC discussing the future of the tea party movement. Meckler, speaking at a conference sponsored by former Christian Coalition wonder boy Ralph Reed, spent his time talking about how the country is engaged in a culture war and how the tea party movement is joining the battle. The movement, he said, is now turning its attention to Hollywood, to music, and to education in order to reclaim young minds from the evils of socialism.

Meckler noted that the tea party had already started to have an impact on culture, as seen in the rise of “patriotic music,” like that of the Dartmouth college rap duo the Young Cons, who are skilled at working Ayn Rand, Ronald Reagan, and Jesus into a single song. Meckler also claimed the horse racing movie Secretariat is “a tea party movie.”

But Meckler also found evidence of the tea party’s influence in Mamet’s new book, which the tea party leader had been reading on the airplane en route to DC for the conference. Meckler explained to the audience that Mamet had been what he now calls a “brain-dead liberal,” and for decades part of the depraved Hollywood cultural elite. But now, Meckler said, “David Mamet publicly came out as a conservative… This is a cultural shift that has never happened before in this country.”

Meckler suggested that Mamet’s conversion was a direct result of the tea party movement’s success at spreading the conservative gospel. (I tried to ask Mamet about this claim, but his publicist said he was out scouting a location for a new film and was unavailable to comment.) Meckler plugged the book, and after the panel discussion, audience members approached him afterward to get more info on the author, whom most had apparently never heard of.

If Mamet does find himself on the outs with all his old Hollywood friends after his conservative defection, he’s likely got a slot reserved for him alongside Jon Voight, John Ratzenberger (a.k.a. Cliff from Cheers), and Victoria Jackson on next year’s tea party circuit. Who needs the New York Times, anyway?