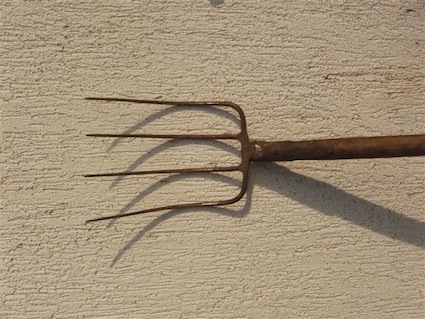 I’ve complained once or twice in the past that US farm policy, even under Obama, favors corporate-led, highly dysfunctional agriculture. That’s true on balance, but it doesn’t tell the whole story. If you dig into the topic, you’ll find that sustainable-food activists have been working for decades to place progressive, community-oriented programs into the ag-policy mix. These hard-fought victories, won during once-every-five-years Farm Bill wars, are vastly outweighed by things like the government’s corn-ethanol fetish, or its hyper-aggressive trade policies.

But the food movement’s political gains are real, they’re fragile, and they need defending. And they’re under withering attack from the GOP-controlled US House, which passed a fiscal 2012 agriculture appropriations bill that if signed into law would snuff out US farm policy’s green shoots like an herbicide-spewing crop duster snuffs out weeds. The D.C.-based National Sustainable Agriculture Coalition, the best watchdog/lobbying group we have on ag-policy issues, delivers the grim news on what the House bill would do. Here’s a few highlights, summarized by me.

• Prevent the USDA from fulfilling its mandate to rein in the meat industry. Meat is one of the most tightly consolidated industries in our economy. Just four transnationals—Tyson, JBS, Cargill, and Smithfield—dominate production of beef, pork, chicken, and turkey. They use their market heft to squeeze farmers on price, leading to a host of environmental and social dysfunctions. (Monica Potts’ recent American Prospect article “The Serfs of Arkansas” beautifully illustrates the state of poultry farming under the shadow of a few megaprocessors.) By some small miracle—generated by fierce lobbying from grassroots farmer groups—the 2008 Farm Bill contained a mandate directing the USDA to write rules to end price discrimination against small and mid-sized farmers by corporate processors and to ensure fair contracts for poultry and hog producers. Enter the GOP House—whose funding bill would bar the USDA from ever issuing these rules. In response, a coalition of progressive farm groups are urging people to call the White House between June 20 and June 24 to urge USDA to issue the new rules now, before Congress can pull the plug on them.

• Defund conservation programs—one of our only checks on industrial agriculture. Conservation programs give farmers incentives to do things like leave buffer strips along streams, minimizing leaching of agrichemicals into groundwater; or keeping erosion-prone land out of production. The House bill would gut them. According to NSAC’s analysis, the bill would cut $1 billion annually from mandatory conservation funding, on top of a $500 million cut already embedded in the fiscal 2011 budget. The cuts would cripple the flagship Conservation Stewardship Program, NSAC reports.

In short, the House GOP caucus is essentially attempting to stamp out the few progressive elements that exist in US farm policy. The Democrats still own the Senate and the White House. Will they defend these policies, or let them wither in service of deficit hysteria and the desire to appear pro-business and anti-regulation?