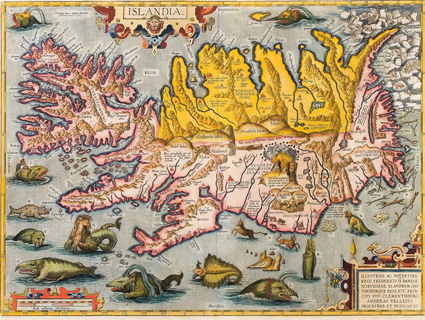 Just after the United Nations declared internet access a human right, Iceland is crowdsourcing its constitution. No joke. In the wake of Iceland’s 2008 banking collapse, the 25-member consitution council is starting from scratch by posting drafts of laws to its website, and then incorporating suggestions posted by citizens on its Facebook wall. The process should take three to four months, the council estimates. Already, worldwide applause is flooding in though its Twitter and YouTube accounts.

You might predict that wacky ideas are muddying up the document, but that’s not the case. So far, rather than pandering to a hodgepodge of interests on the fringe, the constitution has well-reasoned democratic rights. Some of them are even downright innovative. For instance, it protects human rights regardless of “genotype.” (Forgive the Google Translation quirks below.)

…and the protection of natural resources down to the “ocean bottom.”

Iceland’s project showcases social media’s creative potential. No longer just for toppling oppressive regimes, Twitter and Facebook can be tools for democratic reform. This recent UN report stresses the power of social media for political revolution and reconstruction. And most recently, as the New York Times reported Sunday, the Obama administration has been helping revolutionaries by creating “shadow” internet and cell phone systems for international dissidents that will bypass the reach of oppressive governments. “There is a historic opportunity to effect positive change, change America supports,” Secretary of State Hillary Rodham Clinton told the Times.

But the Arab Spring has incited a slew of criticisms about the long-term consequences of social media revolutions. Online uprisings could leave countries leaderless, Nicholas Thompson recently argued in the New Yorker. Let’s hope Iceland gives us an example of how to crowdsource democracy—leadership included.