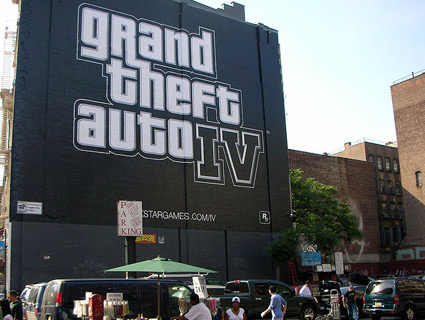 To the nation’s young gamers—

I know you are no longer satisfied by the rantings of Cave Johnson, the eccentric dead billionaire in Portal 2. I’m aware you cannot countenance another 30 levels of Angry Birds. I sense that, just for once, you want to see something hemorrhage like the old days. Well know this: the judicial branch has not forgotten about you.

In a 7-2 decision, the Supreme Court on Monday put an end to a long-stalled California law that would have prohibited the rental or sale of violent games to minors.

The California law, AB 1179, was introduced by Democratic state senator Leland Yee and signed by Governor Schwarzenegger in 2005. It was vigorously opposed by advocacy groups such as the ACLU and (naturally) the video game industry, which argued that its products should benefit from the same First Amendment safeguards as other media.

The Supreme Court’s ruling on Brown v. Entertainment Merchants Association followed years of scare tactics from opponents of violent video games, including several well-publicized studies on the alleged correlation between violent childhood behavior and blood-soaked gameplay. It appears likely to damage other legislative attempts across the country to more heavily regulate and ban video games deemed too gruesome or racy for those under 18.

Clarence Thomas was one of two justices to defend AB 1179, arguing that freedom of speech, “as originally understood, does not include a right to speak to minors without going through the minors’ parents or guardians.”

California’s argument would fare better if there were a longstanding tradition in this country of specially restricting children’s access to depictions of violence, but there is none. Certainly the books we give children to read—or read to them when they are younger—contain no shortage of gore. Grimm’s Fairy Tales, for example, are grim indeed. As her just deserts for trying to poison Snow White, the wicked queen is made to dance in red hot slippers “till she fell dead on the floor, a sad example of envy and jealousy.” … Cinderella’s evil stepsisters have their eyes pecked out by doves…And Hansel and Gretel (children!) kill their captor by baking her in an oven…High-school reading lists are full of similar fare…[William] Golding’s Lord of the Flies recounts how a schoolboy called Piggy is savagely murdered by other children while marooned on an island.

There are of course more extreme cases of double standards and slippery slopes. With all the demands to have video games like the Grand Theft Auto series (content includes gang warfare, indiscriminate violence, colorful language, and some tongue-in-cheek depictions of sex) kept out of reach of children, an impressionable youngster can still stroll into any Barnes & Noble and pick up a copy of Justine by Marquis de Sade (content includes sado-masochistic Christian monks, orgiastic rape, mass murder by arson, and rampant torture).

It’s not a stretch to claim the latter would be more damaging to your average fifth grader.