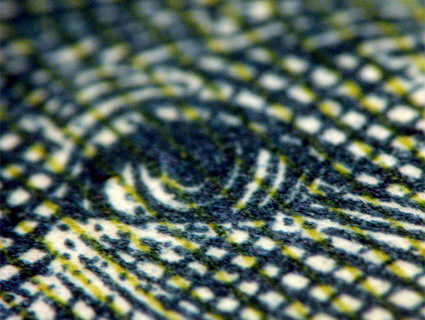 A recent petition by a pair of election watchdogs is calling on the IRS to crack down on organizations that have been exploiting a loophole in the campaign finance system. Democracy 21 and the Campaign Legal Center filed a joint petition with the agency on Wednesday, challenging its definition of a tax exempt-501(c)(4) social welfare organization.

Tax exempt-501(c)(4)s can take in unlimited amounts of money without disclosing their donors and they are not beholden to the contribution limits established by the Federal Election Commission. But poorly defined rules surrounding 501(c)(4)s have allowed groups like Karl Rove’s Crossroads GPS to spend millions on campaigns. “A growing number of these organizations have nothing whatsoever to do with the promotion of ‘social welfare’ and everything to do with the promotion of ‘partisan warfare,'” said the Campaign Legal Center’s Paul Ryan.

So how much can these groups spend? On this point, the IRS is maddeningly unclear. Groups can engage in political activity, so long as that isn’t their “primary” focus. Sound a little…vague?

Democracy 21 and the Campaign Legal Center think so. Their petition argues that the IRS’ “primary” activity standard is bogus, and has allowed 501(c)(4)s to define the rule for themselves. Their interpretation: that they can spend up to 49 percent of their expenditures in a tax year on campaign activities without breaking the rules.

But the joint petition cites court rulings suggesting that 49 percent is too much, and that 501(c)(4)s shouldn’t be able to spend that much on campaign activities while hanging onto their tax exempt status. “In fact, the court cases go in the completely opposite direction to limit spending to no more than an insubstantial amount of campaign expenditures,” said Democracy 21 President Fred Wertheimer.

As Mother Jones has reported, these dark money groups—mostly Republican-leaning—were the prime driver for financing attack ads in the 2010 elections. “What we have seen in recent years is a proliferation of c4 political front groups that abuse their privileged tax exempt status to evade campaign finance disclosure laws,” said Ryan. “What was once a small trickle of abuse by these organizations is now a gusher.”

The petition makes a simple request of the IRS: fix the loopholes that allow groups like Crossroads and newly established Demoratic group Priorities USA to potentially overstep the limits of their tax exempt statuses, and cap political spending for 501(c)(4)s at 5 to 10 percent of an organization’s expenditures in a given tax year. But will that be restrictive enough?

Granting 501(c)(4)s any degree of wiggle room at all ignores the central problem: that both parties can and will continue to use them for political activity that’s unregulated by the FEC. Until the IRS builds a firm firewall between social welfare organizations and campaign fundraising outfits, expect that to continue.