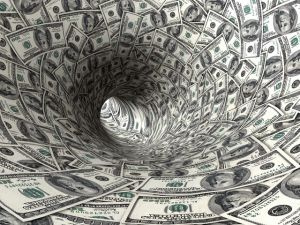 In April, a draft executive order leaked from the White House revealing President Obama’s plan to force disclosure of heretofore secret political donations. The order would compel any company bidding on a government contract, as well as its officers, to disclose all contributions to independent political advocacy groups—even secretive 501(c)(4) organizations that currently don’t make public their donors. For example, if enacted, the order would require Koch Industries, which has won $85 million in federal contracts since 2000, and the now infamous Koch brothers, David and Charles, who fund many conservative causes, to disclose their donations to outside groups (such as those that spend tens of millions of dollars seeking to influence congressional elections). The leaked order prompted an uproar in conservative circles, and since then there hasn’t been a peep about its future.

At least one member of Congress, Rep. Anna Eshoo (D-Calif.), is fighting to make that order the law of the land. On Thursday, Eshoo offered an amendment to the 2012 defense authorization bill on Thursday requiring that contractors disclose their political spending when they bid for federal contracts. “The federal government does business with thousands of contractors who receive billions of dollars in taxpayer money,” she said on the House floor. “They should be required to disclose their spending, and that’s what my amendment will accomplish.”

The executive order—and Eshoo’s amendment—are designed to counter the effects of the Supreme Court’s Citizens United decision, which paved the way for unlimited campaign contributions by unions and corporations to outside political groups such as Karl Rove’s American Crossroads outfit and Priorities USA Action, a pro-Obama super PAC founded by two former White House aides. Here’s the Sunlight Foundation on the backstory:

The ruling opened the door for a whole host of organizations, including 501(c)(4) nonprofit organizations, to run electoral advertisements without disclosing their donors to the public. The most notable of these groups is Crossroads GPS, a conservative nonprofit that spent more than $15 million on advertisements opposing Democratic candidates for office in the 2010 midterm election.

Under the order donations to Crossroads GPS and other groups including the U.S. Chamber of Commerce, and Americans for Prosperity would have to be disclosed by companies seeking federal contracts.

The order is an attempt by the White House to do what Congress could not do when it failed to pass a legislative response to Citizens United, known as the DISCLOSE Act, at the end of last year.

Both Obama’s order and Eshoo’s amendment have been criticized as politicizing the contracting process by forcing contractors to reveal which parties and candidates they support. Some have even suggested the order would allow the Obama administration to block contractors that support Republicans. But the California Democrat contended that’s a bogus argument. “When contractors can spend money in elections, the contracting process is already politicized,” Eshoo said. “My amendment is modest and it’s simple: it will bring this information out into the open, and let the public decide for themselves.”

When the executive order leaked, it was criticized from some unlikely corners. Rep. Steny Hoyer (D-Md.), the number two Democrat in the House, said he opposed the order because the disclosure requirement applied to top executives at contractors. Also in opposition are Sens. Joe Lieberman (I-Conn.) and Claire McCaskill (D-Mo.), not to mention a slew of Congressional Republicans and trade groups.

A persistent critic has been Rep. Tom Cole (R-Okla.), who has repeatedly offered amendments attempting to prevent any executive order on disclosure of donations. On the House floor Thursday, Cole again offered his own amendment to block donation transparency by contractors, saying the order would inject politics into the contracting process and frighten contractors and their top brass from making campaign contributions. “This would clearly chill the Constitutionally-protected right to donate to political parties, candidates, and causes of one’s choice,” Cole said. “And I think frankly that’s exactly what the proposed executive order is intended to do.”

In her own remarks, Eshoo pointed out that for nearly two decades the Securities and Exchange Commission, a top financial regulator, has required bond dealers to limit campaign contributions to officials in cities that issue bonds and to reveal their political giving to the public—a rule upheld by the judicial system. “My amendment really adheres to the same principle,” Eshoo said. “To quote Senator Mitch McConnell from 2003, ‘Why would a little disclosure be better than a lot of disclosure?'”