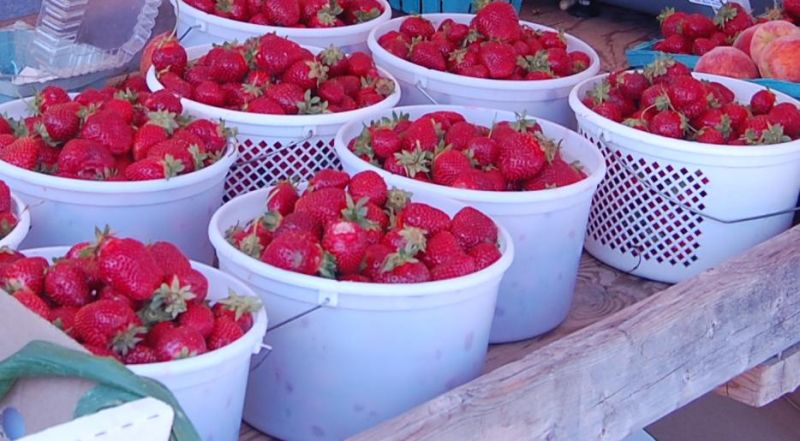 Earlier this year, several environmental groups sued the State of California for approving the agricultural use of methyl iodide, a harmful pesticide. Methyl iodide is known to cause miscarriages, thyroid dysfunction, and cancer, and it’s applied to crops like strawberries and peppers. Public outcry has been growing: just this week, farmworkers and environmentalists stood on the steps of the state capitol demanding Governor Jerry Brown make good on his promise to reconsider the substance’s approval. While farmworkers are worried about their health, scientists should be concerned too: new documents released by court-order due to the lawsuit show the state cherry-picking data to back up weakened restrictions for the chemical.

The state’s Department of Pesticide Regulation (DPR) is at the center of this mess: the department has been without a head since the previous one resigned in spring. DPR management chose to cherry-pick data (some of it from the department’s own scientific reports) to support smaller buffer zones and higher concentrations of methyl iodide. The problem: the data was from different scenarios using different variables. In a memo with the subject line “Potential Misinterpretation of Methyl Iodide Risk Assessment,” a DPR supervising toxicologist wrote: “It is not scientifically credible to select a value or assumption from one and combine it with a value or assumption from another.” The DPR toxicologist said the data were “not interchangeable” and called management’s approach “mix and match.”

DPR management’s mixing and matching was used to show that fields sprayed with methyl iodide would require smaller buffer zones. The highest level of protection scientists investigated would have required buffer zones of several hundred feet to several miles around affected fields. DPR acknowledged in the new documents that this level of protection “was recommended by scientists” but still chose to reduce the buffer zones, saying that such requirements would be “excessive” and cause hardship on methyl iodide manufacturer Arysta “due to its economic viability.” “Homes and schools are literally 25 feet away from these fields,” said Paul Towers. Towers is a spokesperson for Pesticide Action Network, one of the parties to the lawsuit against the state. “This puts rural communities at risk.”

In addition to reducing buffer zones, California’s DPR chose to outright ignore warnings from its own scientists regarding methyl iodide’s effects on pregnant women, children, and infants. This risk assessment report notes several times that the department had not tested methyl iodide for neurological damage to fetuses. DPR scientists recommended that “an additional ‘safety factor’ of 10 is needed to take the post-natal neurotoxic effects into consideration, since the rabbit studies delivered some live pups at the end of gestation but no neurotoxicity studies were conducted.” In the end, DPR scientists recommended that California set its limit for methyl iodide at 2 parts-per-million in order to reduce chances of miscarriage. This level was published in a peer-reviewed scientific journal without incident. However, the EPA and Arysta chose to allow 10 parts-per-million, citing the rabbit studies. These rabbit studies, importantly, measured miscarriages as a percentage of fetal death per litter. Rabbits have up to 15 offspring in each litter, while humans usually only gestate one fetus at a time.

Due to the dangers of methyl iodide, both Washington state and New York have refused to allow its use, even though the EPA has approved it. If documents like these keep coming out of the state, maybe methyl iodide will be pulled from California just as quickly as it was approved in the first place.