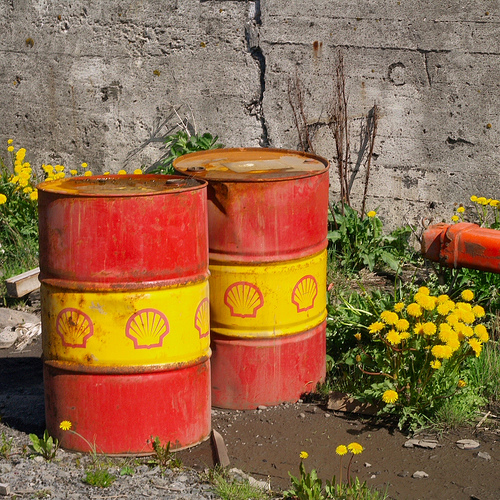 Royal Dutch Shell announced on Friday morning that they had finally stopped the flow of oil from a pipeline in the North Sea. It took eight days to cut off the leak from a valve off the coast of Scotland, although the company says that it was a slow leak and that only 1,300 barrels were released.

It’s good that things finally appear to be under control there, but this couldn’t have come at a worse time for the Dutch oil giant. Earlier this month, the US Department of Interior approved the company’s plan to begin drilling in the Arctic. The company still needs a few other permits from the Environmental Protection Agency and other agencies, but could begin drilling in the Beaufort Sea as early as next summer.

Environmental advocates say this most recent spill and the time it took to stop the leak is still more evidence that letting Shell drill in the Arctic is a bad idea. For the Obama administration to green light drilling there is inviting a “nightmare,” wrote Natural Resources Defense Council head Frances Beinecke in an op-ed in the New York Times earlier this week. A spill in the Arctic would be really, really difficult to deal with—much more so than the North Sea. The region would be dark and ice-covered most of the year, and it’s remote location would make it hard to get response crews up there quickly.

Maybe Shell’s latest problem will give the Obama administration pause in moving forward with the Arctic drilling. But then again, we’ve had plenty of significant oil spills in the past year that should have raised red flags.