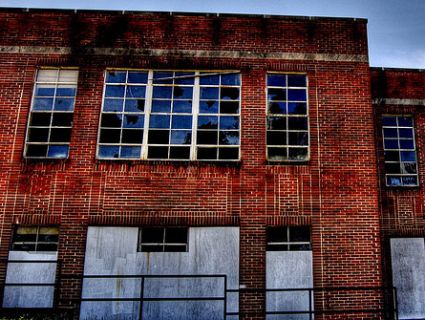 In Michigan, a state perennially crippled by budget deficits, public school districts across the state have already outsourced their bus drivers, cafeteria workers, sports coaches, and janitors to try and save money. Now Republicans in Michigan’s state Legislature want to take the outsourcing frenzy one giant leap forward by privatizing public school teaching.

Pavlov didn’t respond to a request for comment on the teacher privatization plan. But Pavlov has publicly described his plan, which he said was still in the works, this way: “I look at it as offering options. If there is something out there that can offer school officials the same options at a lower cost, schools need to take a look at that. It needs to [be] part of the conversation on reform.”

Michigan Education Association spokesman Doug Pratt says Pavlov’s plan is a “terrible idea” that would erode the quality of public school teaching because districts will look for the lowest bidder, not the best teachers. “Instead of having teachers who care about their students learning and their personal growth as their top priorities, the corporation’s bottom line would be what they care about most.” Pratt also claimed this is a way to kneecap teachers’ unions in Michigan. “Privatization is a type of union busting,” he says.

Michigan Sen. Gretchen Whitmer, the state Senate minority leader, says she and the Democratic Caucus plan to fight Pavlov’s proposal if it is included in new education legislation. She describes teacher privatization as merely a continuation of Michigan Republicans’ education agenda. “Gov. [Rick] Snyder and Republicans have made no bones about it: they’re trying to dismantle public education in Michigan,” Whitmer says.

Michigan’s teacher privatization scheme comes after Republican Gov. Snyder and Republican state lawmakers passed a budget that shrunk public-school funding by $300 per student, or nearly $500 million overall. (Michigan has 1.65 million public school students.) With school budgets stretched thin, many districts already use outsourcing: A 2011 analysis by the conservative Mackinac Center for Public Policy, a cheerleader for privatizing public services, also found that 54 percent of the state’s 550 public school districts outsource at least one of three key services—food, transportation, and custodial. If Pavlov moves ahead with his teacher privatization plan, there’s a solid chance it could win passage. Republicans enjoy a two-thirds supermajority in the state Senate and a 63-47 majority in the state House of Representatives.

Pavlov’s plan takes a cue from pro-privatization, free-market-driven outfits like the American Legislative Exchange Council and the Mackinac Center for Public Policy, a Michigan think tank. (The Mackinac Center has received money from the charities of Charles G. Koch, one-half of the Koch brothers duo; the DeVos family, which amassed huge wealth by cofounding the Amway direct marketing company; and the family of Erik Prince, who founded the war-contracting company Blackwater.) While ALEC and the Mackinac Center have not publicly advocated outsourcing public teachers, they’ve come close. ALEC’s “School Board Freedom to Contract Act” model legislation would grant local school boards more power to outsource cafeteria workers, bus drivers, and custodians. (The co-chair of ALEC’s Education Task Force is a vice president at an online for-profit school company.) The Mackinac Center published its own guide, “A School Privatization Primer,” which shows Michigan school districts how to outsource various services and lists private companies ready for hire in districts around the state.

Diane Ravitch, one of the country’s foremost American education historians and a former Education Department official under George H.W. Bush, says Pavlov’s proposal is the first time she’s heard of actually privatizing teachers themselves. She adds that such a plan doesn’t make any sense from a cost-saving perspective unless Michigan Republicans, whom she described as a “tea party governor and tea party legislators,” plan to cut health care and pension benefits for public school teachers. “If you’re going to be a teacher, why would you go to some private company selling its services?” Ravitch asks. “Why wouldn’t you go straight to the school districts? I don’t understand this unless it’s a way to increase profits for someone and to increase privatization in education.”